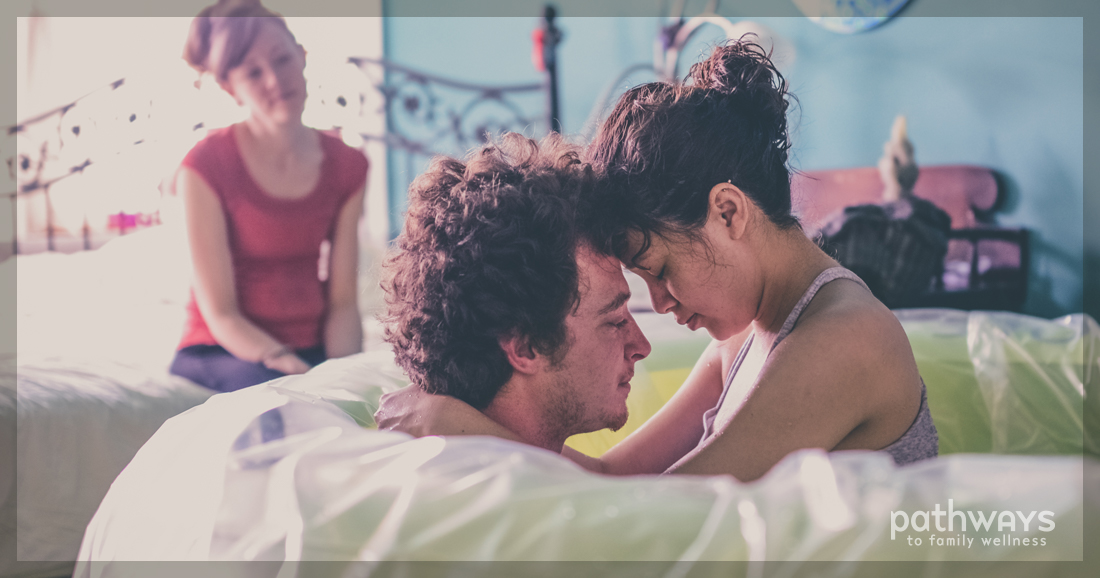 “Women are the mothers of humanity; do not let us ever forget that or underemphasize its importance. What mothers are to their children, and to others, so will men be to men. Women must assume the full birthright of motherhood.”

Each of us spent nine months inside the body of a woman. We were influenced by her emotional, hormonal and physical environment. We then shared our birth with her and had a collective experience of it and our first months of life outside the womb. All of this we recorded in our minds, bodies and emotions. In part, this is the context of Ashley Montagu’s statement from his groundbreaking book, The Natural Superiority of Women, and midwives play an important role in this manifestation.

Well-trained and well-supported midwives, who trust birth, are a crucial and irreplaceable component for a healthy society. It is midwives who need to have a leading role in birth, and by doing so serve humanity as a whole. The primary role of a midwife is to be of service to parents, and by proxy babies, during the most important period in an individual’s and a family’s life.

I write in support of normality at birth. When I looked up that word, what I found was: routine, regular and ordinary. While I do appreciate the context in which we use that word, I tend to think of birth as profound, moving, sacred or even ecstatic.

The Path That Lead Me Here

So you may be wondering what a man, particularly an American man, is doing working in the field of birth. My passion for birth was ignited by the births of my two children. The first, in 1976, was a significant challenge for my whole family and awakened my need to know more.

In contrast, I received my second son from his mother underwater after a 90-minute labor. It was 1980, and this was the first documented water birth in the United States. I have supported numerous births since. I have listened and learned from birth and birthing mothers and fathers. I listened to mothers’ timing and I learned to not to fix what does not need fixing.

All fathers need to learn these lessons. They also need to be supported to feel safe with birth, and midwives play a valuable role in this. When I consider birth, I look at the entire primary time, from conception through the first postnatal year. I work to support parents and childbirth professionals as they move toward a more satisfying experience of the birthing time. Part of that is my “Fathers-To-Be Handbook“.

In 1975, fathers spent an average of 15 minutes a day with their children. By 1995, it was 2 hours. That is an increase of 800 percent. During this same timeframe, fathers’ attendance at the births of their children rose from small numbers to nearly 90 percent.

These renovations in the family have occurred almost entirely without societal support. There have been virtually no gender-specific dad’s classes available to assist men in their understanding of, or integration into, the birthing process. Recent research from Australia documents the importance of gender-specific information for mothers and fathers.

In addition, birth professionals and educators have not been provided with support for this cultural shift. How many midwives have had a class during their training called, “Fathers-To-Be 101…What to Do with the Bloke in the Room”? In my opinion, this omission creates an unrealistic expectation on parents, as well as childbirth professionals, when it comes to their relationships around the birthing time.

The “Birth” of Fathers-To-Be

In 2006, Elmer Postle and I conceived Fathers-To-Be to help remedy this situation. We chose the primary time as the focus for our initiative. (The very beginning of my book says, “If she is pregnant, you already are a father. The baby is simply not visible yet.”) I knew I needed to do some research in order to feel the cultural pulse of fatherhood and fathers’ role in the world, so I fired up my trusty PC and invoked the greatest Oracle of our time, Google. I typed “fathers to be” into the search field, our cultural reference for expectant dads.

The wizard of the Web responded to my fathers-to-be query with a most shocking, however honest, reply. “Do you mean mothers-to-be?” it asked. “No reference found for fathers-to-be.” Google knew I was seeking information about expectant parents, but had no reference whatsoever for the male of the species. It was like I had misspelled my query, or worse, that no such person existed. The truth, however, is that society has not been embracing expectant fathers.

As I explored this phenomenon further, I discovered that virtually all websites, as well as printed literature regarding such topics as pregnancy, birth, childbirth education, government policies, hospitals, conferences and, yes even midwifery and doulas, were the same. The one thing they all had in common, almost without exception, was that they neglected to use the word father.

Some of these important information sources, for parents and professionals, alluded to fathers by using euphemisms such as “the rest of the family,” “other family members” and “birth partners” (who could, of course, be various people). They were neglecting half of the birthing family, and as such, denying a father’s experience by not naming him or inviting him into the richness of their resources.

I contacted U.K. Independent Midwives regarding the absence of the word father on their website. They were most gracious and receptive, and within a very short time had included fathers in their materials. I repeated this exercise countless times. Research shows that unless the word father or dad is used, a man will tend to not include himself. Please consider: How can a man find himself in this incredibly female world of birth unless he feels welcome?

An Evolution in Progress

By now, Google has upgraded its feedback. Check it out for yourself. Some progress has been made, but more is needed. I encourage everyone to scrutinize your websites, literature, policies and procedures to see if you think fathers will feel welcome and included when looking to support their new families.

The result of this state of affairs is that our families, and ultimately society, are operating under a handicap. I see midwives and doulas as a bridge for the family—a viaduct between the highly challenging and medicalized environment mothers and fathers find themselves in, and the love parents are aiming to give and receive as their child and family is being born. Mothers and fathers are doing it together. In addition, for the majority of mothers, a significant key for her successful pregnancy, birth and breastfeeding is the care provided by the father.

Midwives have historically been an essential part of birthing culture worldwide. In the U.S., midwifery is often looked at with skepticism at best, and considered witchery at worst. For 16 years I lived in the U.K., which recognizes the value of women, supporting them during this most important time; midwives are the primary caregivers in the majority of births.

I believe midwives could be an important element of helping to integrate fathers, the missing link in the family support system. I also think all midwifery, childbirth-educator and doula training courses and continuing education programs would do well to incorporate significant elements of fathers’ awareness into their curriculum. Fathers-To-Be provides these consulting and training services, worldwide.

Our Reason to Tread Onward

A father’s participation during birth can be highly advantageous for the laboring mother. When a couple’s relationship is loving and its sanctity preserved and supported, they are a virtual oxytocin generator. However, fathers can also be a significant impediment if they are ill-prepared, do not understand or embrace their role, or are afraid. Gender-specific educational programs for expectant dads, father to father, are a crucial and necessary element for ensuring strong and lasting foundations for a family’s structure and legacy.

The midwives and doulas I know practice whole-family support. They give loving attention during the birthing time when and where it is needed, for mothers and fathers. I salute them.

Our children are our future. How they are gestated, birthed and nurtured during their first months will impact their entire lifetime and, ultimately, our culture. Aren’t we all here for the same reason? Isn’t it the children who got us here? Aren’t they the reason those of us in the birth care field do what we do?

Birth-care professionals are among ever-increasing numbers of those who know the value and importance of choosing to bring our children into a world filled with love, gentleness and support—a sense of sacredness and freedom.

As Ashley Montagu wrote in 1952, “Midwives are serving humanity. Let us ever remember that and celebrate its importance. What midwives are to mothers and fathers, so will parents be to their children…and their children. We must all assume our full birthright of serving our children, and the future of humanity, in love.” 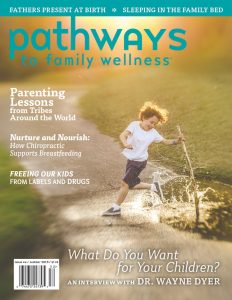 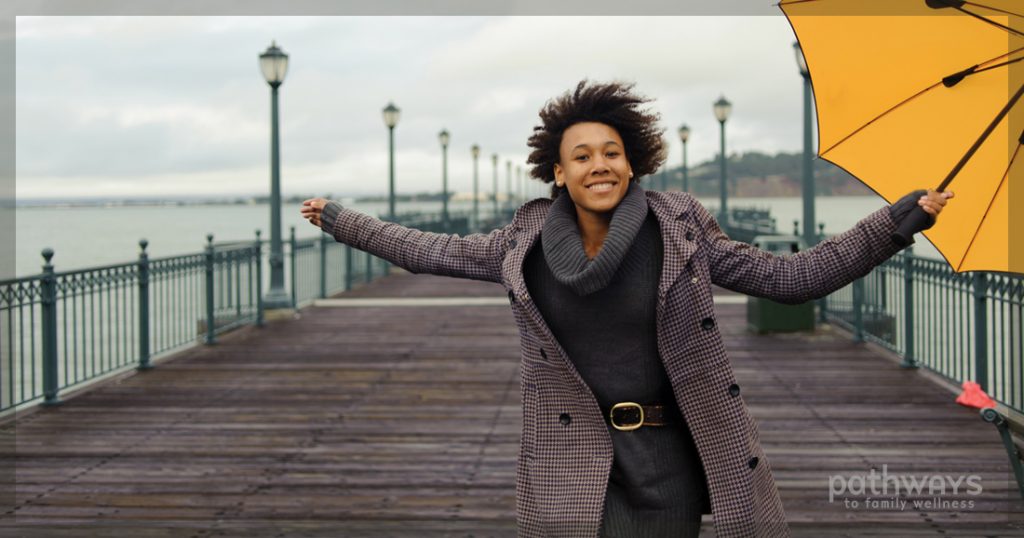 By Eliane Sainte-MarieWhat if you're disempowering your children when you think you're doing what's best for them?As a mother of three... 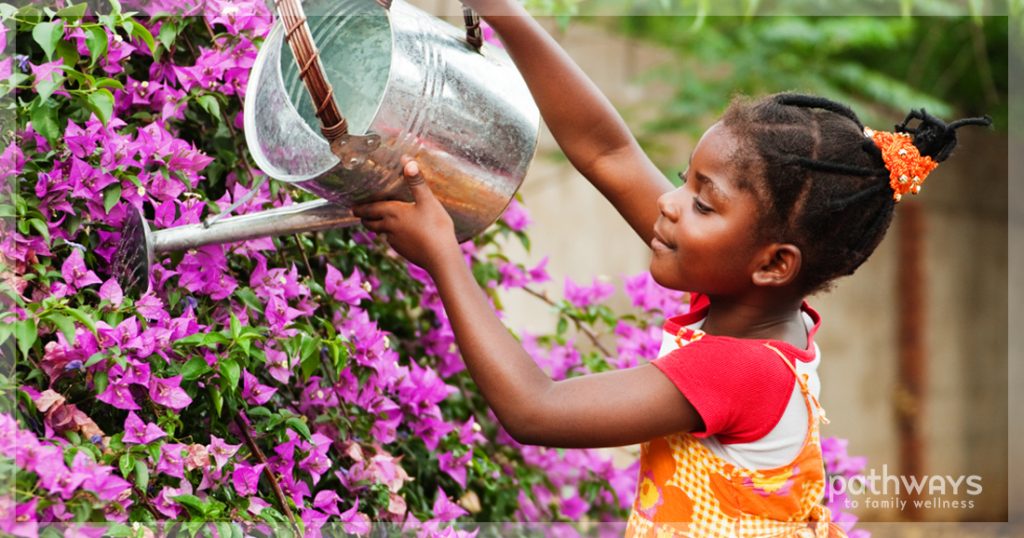 By Lisa Sunbury Gerber, MEd"Say please." "Say thank you." "Say you're sorry." "Say hello." "Say goodbye." We can instruct our young children or... 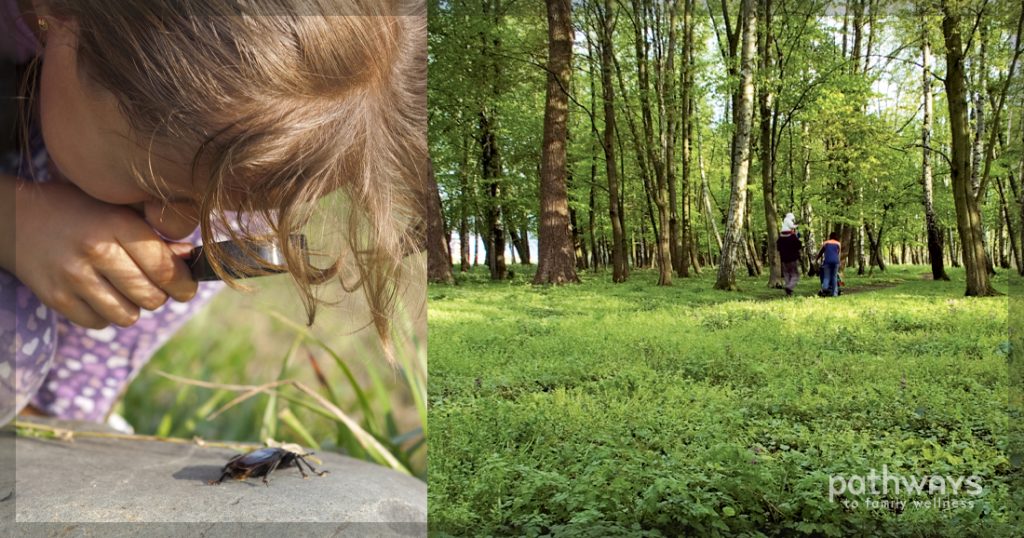 By Kris BalesNature study is one of my family's favorite ways to spend some of our homeschool day. It's fun, relaxing,...