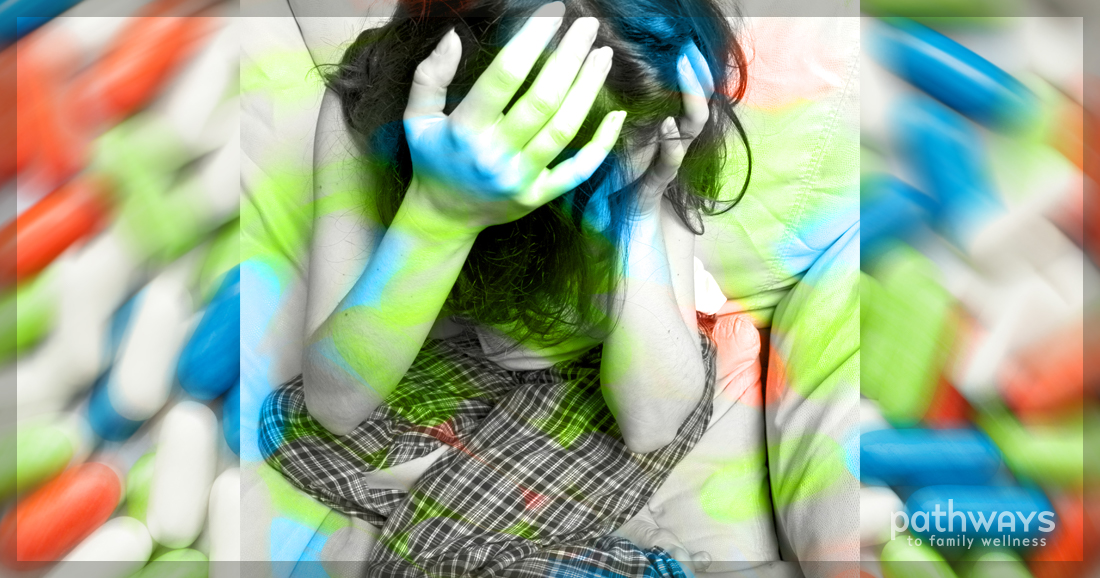 There has been a concerted effort by pharmaceutical companies to prescribe toxic antipsychotic drugs to children. Now the “success” of this campaign has been documented in the Archives of General Psychiatry. In a comparison between the years 1993–1998 and 2005–2009, prescriptions of antipsychotic drugs per 100 children (ages 13 and under) rose from 0.24 to 1.83. That’s more than a sevenfold increase. Given that most of prescriptions are for the older children in this age range, the rate would be substantially higher among preteens and 13-year-olds. For adolescents (14–20 years old) the increase in prescription rates was nearly fivefold.

This report comes out at a poignant time for me. Right now one of my patients, a 7-year-old boy I will call “Joey,” has just returned from being psychiatrically hospitalized because he could not be withdrawn from the antipsychotic drug Risperdal as an outpatient. The family came to me for help in getting this child off the psychiatric drugs he’d been prescribed by another psychiatrist. A basically sweet and lovable boy, the withdrawal was such an agony for him that he became uncontrollably violent. Meanwhile, he already suffers from tardive dyskinesia, a persistent and commonly permanent movement disorder from antipsychotic drug exposure that causes abnormal movements, including deforming facial grimaces and disabling involuntary movements of the torso and limbs.

Joey is also a victim of precocious puberty, almost certainly caused by the Risperdal. Although largely ignored in the scientific literature, according to Philadelphia attorney Steve Sheller, many cases of Risperdal-induced premature puberty in boys are showing up as legal cases.

My patient Joey became dangerously violent for the first time after exposure to antipsychotic medication, and then became even more violent during withdrawal. You can witness similar reactions in stunning footage from an ABC News report about U.S. foster children prescribed large quantities of psychiatric drugs. One of these kids is Brooke, also age 7, who was exposed to the drugs since the age of 4. When she was finally taken to a psychiatrist who recognized what was happening to her, the doctor noted, “The first thing we’ve got to think about: Is the medicine causing this? … There always has to be a high index of suspicion when we’re using these agents.”

Unlike the escalation in stimulant drugs prescribed to children for attention deficit hyperactivity disorder (ADHD), which is led by pediatricians and family doctors, psychiatrists are doing most of the prescribing of antipsychotic drugs to children. This is a direct result of off-label (unapproved) uses promoted by the drug companies in cooperation with unscrupulous psychiatrists and researchers in leadership roles in the profession. The new Archives of General Psychiatry study confirms that most of the prescriptions of antipsychotic drugs to children have indeed been off-label for disruptive behavioral disorders. Instead of helping parents and teachers improve their methods of disciplining children, psychiatrists are suppressing the overall mental life and behavior of these youngsters with antipsychotic drugs.

“If you do interviews with children and adolescents aged 12 to 19, then 40 percent can be categorized as anxious or depressed. But if you take a closer look and ask how many of them are seriously impaired by this, the number shrinks to 8 percent.”—DR. JEROME KAGAN

A courageous psychologist, Dr. Jerome Kagan, was interviewed in 2012 by the German news site Spiegel about the epidemic of “mental illness” in children:

Spiegel: Experts speak of 5.4 million American children who display the symptoms typical of ADHD. Are you saying that this mental disorder is just an invention?

Kagan: That’s correct; it is an invention. Every child who’s not doing well in school is sent to see a pediatrician, and the pediatrician says: “It’s ADHD; here’s Ritalin.” … The problem is, if a drug is available to doctors, they’ll make the corresponding diagnosis.

Spiegel: So the alleged health crisis among children is actually nothing but a bugaboo?

Kagan: We could get philosophical and ask ourselves: “What does mental illness mean?” If you do interviews with children and adolescents aged 12 to 19, then 40 percent can be categorized as anxious or depressed. But if you take a closer look and ask how many of them are seriously impaired by this, the number shrinks to 8 percent. Describing every child who is depressed or anxious as being mentally ill is ridiculous. Adolescents are anxious, that’s normal. They don’t know what college to go to. Their boyfriend or girlfriend just stood them up. Being sad or anxious is just as much a part of life as anger or sexual frustration.

Spiegel: What does it mean if millions of American children are wrongly being declared mentally ill?

Spiegel: And what does it mean for the children concerned?

Kagan: For them, it is a sign that something is wrong with them—and that can be debilitating. I’m not the only psychologist to say this. But we’re up against an enormously powerful alliance: pharmaceutical companies that are making billions, and a profession that is self-interested.

As Dr. Kagan confirms, children suffer psychologically and developmentally from being wrongly diagnosed “mentally ill.” There are also extraordinary medical risks from exposure to antipsychotics. The Archives of General Psychiatry report mentions that these drugs may cause increased blood sugar, diabetes, increased lipids (cholesterol), and obesity. It does not mention that these adverse reactions greatly elevate the risk of later heart disease, especially since these drugs also compromise cardiac function.

The study also neglects to mention tardive dyskinesia, neuroleptic malignant syndrome (a potentially fatal disease that mimics a viral brain disease), and a variety of other hazards caused by these drugs in children as well as adults. It does not mention that studies done on schizophrenic patients being treated with these drugs continue to indicate that antipsychotic drugs are toxic to brain cells, and that they are associated with shrinkage of the brain.

Documenting the rising trend of antipsychotic prescriptions for children and youth is vital, but why do the authors of the new study call for more clinical trials to test the safety and efficacy of these drugs in children? Why don’t they call for a moratorium on the off-label psychiatric drugging of children and youth with antipsychotic drugs? The answer may lie in the authors’ many financial ties to multiple international drug companies.

In the financial disclosures section at the end of the study, a rogues gallery of pharmaceutical companies are listed, including Eli Lilly, Bristol-Myers Squibb, AstraZeneca, Boehringer-Ingelheim, GlaxoSmithKline, Novartis, Janssen/Johnson & Johnson, Pfizer, Schering-Plough and more.

As I describe in my new book, Psychiatric Drug Withdrawal: A Guide for Prescribers, Therapists, Patients and Their Families, health professionals must stop the psychiatric drugging of children and focus on developing facilities and approaches for helping children and adults to withdraw from these drugs as safely as possible. An epidemic of brain damage and other bodily harms could be stopped by curtailing the drugging of children and by encouraging their safe withdrawal from these hazardous chemical intrusions into their brains, minds and lives.

Editor’s Note: Back in the ’90s I came across a documentary called Attention Deficit Disorder: A Dubious Diagnosis. Produced by John Merrow, this film was my introduction to the concerted movement to label and drug our children based on what could very well be determined as normal childhood behaviors. Through this film, I was introduced to this story’s author, Peter Breggin, Ph.D., who has written numerous books and articles advocating for the reformation of psychiatric treatments. In the documentary, Breggin criticizes the criteria of “symptoms” used to diagnose and drug our children. His stance against chemically suppressing symptoms that adversely affect normal brain function and life expression is one I can solidly stand behind.

As a chiropractor who learns to seek the “cause for well-being,” I respond strongly to the theme of dubious diagnosis, a pharmaceutical self-interest that violates our children’s need to express their normal, natural, creative potential.

As a mother of six active, creative, expressive children, when I read the criteria for ADHD diagnosis, my reaction swayed between a gasp and a reflective knowing: “Really? That is the definition of kids free to be!”

Manipulating these normal, exuberant childhood behaviors into a diagnosis by self-interest groups sends my maternal and chiropractic antennae way up. With the alarming rise in this “dubious diagnosis,” along with the rampant drugging of our kids at younger and younger ages with dangerous psychotropic drugs, it is very important for parents to understand that when we restore normal nerve system function with the chiropractic adjustment, we get normal physiological and psychological function. 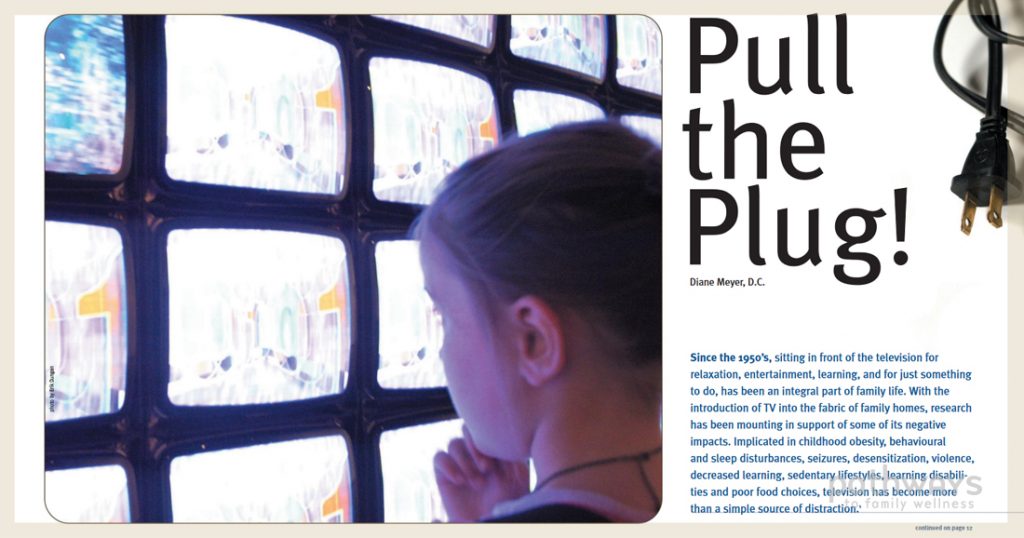 By Diane Meyer, DCSince the 1950's, sitting in front of the television for relaxation, entertainment, learning, and for just something to do,... 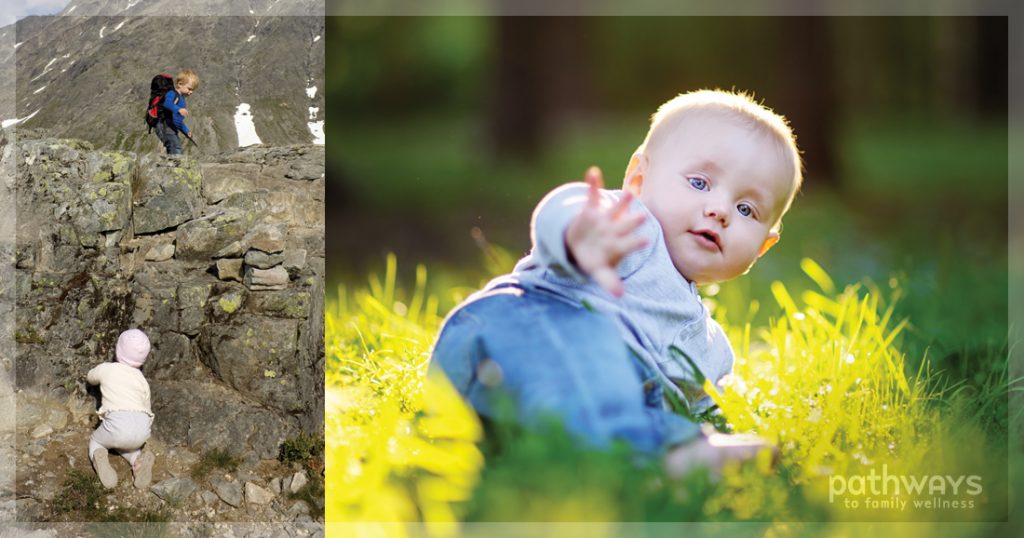 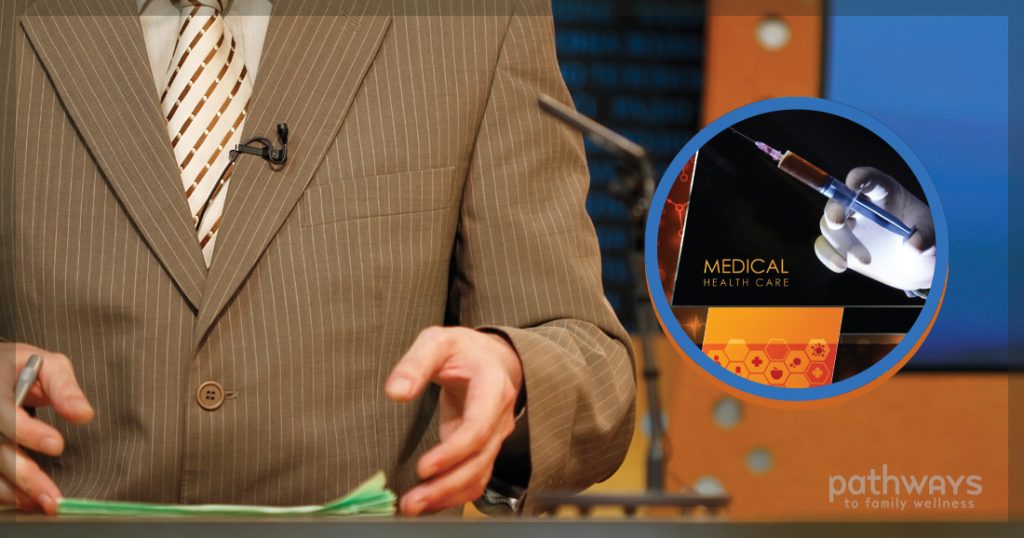