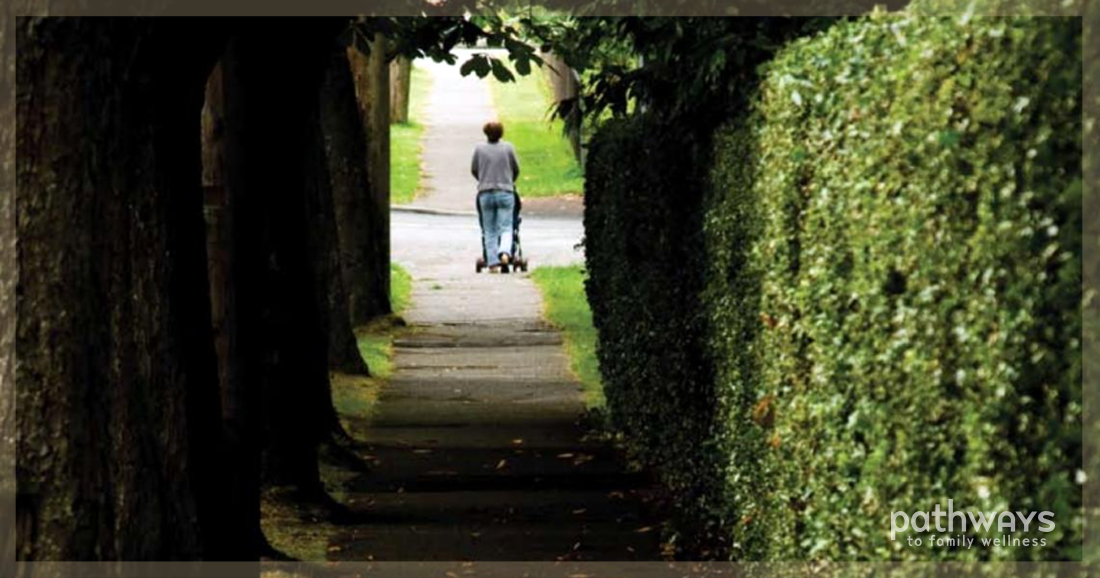 Postpartum depression is one of those everyday terms we use, though few of us understand what it means. We know it is important and serious, but it remains abstract. How does one recognize postpartum depression? What does it feel like?

As vague and complex as this may seem, postpartum depression can almost always be detected by a single screening question: Does the mother feel joy? If she suffers from any form of postpartum depression, it’s possible she’ll say “no” outright. But she’ll also be likely to hedge, with words like, “I know I’m supposed to feel joy… and sometimes, occasionally… there are brief hints of joy…”

Many new mothers experience what I call Chronic Covert Postpartum Depression (CCPD). They suffer behind a façade of frantic perfectionism that effectively obscures the possibility of even considering whether something could be wrong.

Years ago I wrote about my own struggles with a CCPD. This is how I described it.

[I had] vague but persistent fears of incompetence, an intangible but relentless drive running deep inside me to always be trying to do it better, or at least do it right. Do what right, I couldn’t define. I just knew that I rarely felt a respite from this steady pressure that seemed to define my life after becoming a mother. And it seemed that I was angry, silently resentful, most of the time.

When there were no specific tasks to accomplish, like diapering or feeding or driving us somewhere, I felt deep discomfort at simply being with my baby. I had learned from my RIE (Resources for Infant Educarers) parent/ infant class that babies and children thrive on this “wantsnothing time”—that it’s as nourishing to their psyches as food is to their bodies. But as soon as I would sit down on the family room carpet with my baby, to just be there while he explored and played, the resistance would rise up and I would quell it by suddenly thinking Oh, I’ve got to jump up right now and call about those slipcovers, or Maybe I should plan tomorrow’s dinner, or I’d better go wipe the water spots off that table. The refuge of life’s droning busywork.

We had planned for Ian to sleep in a cradle in our room during the early weeks, but on our first night home his snuffling baby noises kept me so on edge, his closeness so chafed at me, that he was alone in his own room beginning the following night. Then I could feel tense and guilty from safely down the hall.

My first years of mothering were thus: my need to escape Ian’s crushing dependency on me; and the guilt, anger and ever-present gnashing conflict of my two deepest impulses—to attach, and to pull away (not necessarily in that order). When Ian was about four months old, I said to my husband, “I feel like he’s sucking all the me out of me.” But actually he was sucking the real me, terrified and enraged, out of hiding.

And there it was: I was hiding.

Seeing Ourselves in Young Faces

I recently had the honor of speaking at a wonderful conscious pregnancy and childbirth conference in Brazil. This gave me the opportunity to validate what I had long since suspected was a powerful factor in postpartum depression. Child psychologist Erik Erikson taught that when we spend a lot of time with a child of a particular age, our own unresolved feelings from that age tend to surface. When a mother holds a baby in her arms, the baby she once was is there too, reawakened. Accordingly, Dr. Cláudia Orthof sees a central postpartum focus as “the art of meeting yourself again.” The question is, is the mother prepared for this? We focus so much upon preparing for childbirth, and so little preparing for motherhood. Is the new mother ready to face whatever might lie dormant from her own early days—perhaps confronting her own long-banished feelings of longing, grief or rage? If not, she might slip into the “hiding place” of postpartum depression. Conversely, it is believed that if the mother’s own birth and postpartum relationship with her mother was joyous, uncomplicated and uninterrupted, she will be far less likely to suffer from postpartum depression.

The latest research on attachment and brain development reveals that it is in the context of the mother’s gaze that the infant discovers who he is; his brain wires itself accordingly. One of the first indications of depression is that one avoids the gaze of others, including that of a baby. And a baby who cannot find his mother—and thus himself—within her gaze is drastically disadvantaged in the complex developmental task of composing his “self.” As Dr. Eleanor Luzes said at the conference in Rio de Janeiro, when a mother is “unprepared to be seen,” the child suffers as deeply as the mother.

The Dangers of Forced Separation

Our culture is seriously handicapped around this issue by the way we handle birth. Biological necessities clash with our existing cultural norms—procedures which aren’t normal at all when we remind ourselves we are mammals. Everywhere in nature, when we try to “skip a grade,” to hurry past any developmental stage, problems arise. A butterfly will die when “helped” with the shedding of its chrysalis. When mother and baby—in accordance with most hospital protocols—miss out on their opportunity for undisturbed eye-to-eye bonding and skin-to-skin contact in the hours after birth, or are separated by a well-meaning night nurse who wants to give the mother a rest, the mother is deprived of nature’s powerful biochemical leg-up to her momentous new role. (Hormonal fluctuations are not believed to cause postpartum depression. They can, however, reflect and intensify it once the condition is present.)

Cultural anthropologist Robbie Davis-Floyd points out that a woman giving birth shares a similar psycho-physiological profile as those involved in other rite-of-passage rituals. By virtue of the cascades of oxytocin, prolactin and natural opiates that flow during an unmedicated labor, she is open to birthing not only her child, but entirely new layers and levels of herself. But when there is no one present to help hold and support the mother through this awakening, depression can settle upon her as her hormones further engage her in a relentless downward spiral.

The uninterrupted postpartum connection between mother and baby needs to be regarded as a potent, protective factor against postpartum depression. What I needed all those years ago was someone to know my story, recognize my risk factors and support my growth through and beyond my own pain. I needed someone to lovingly urge me to not give in to that deep impulse—nothing more than a memory, really— to pull away. What I most needed was what felt the most deeply unfamiliar: connection. 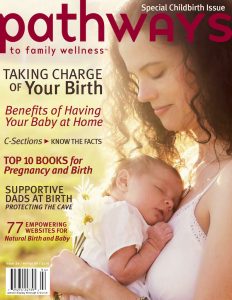 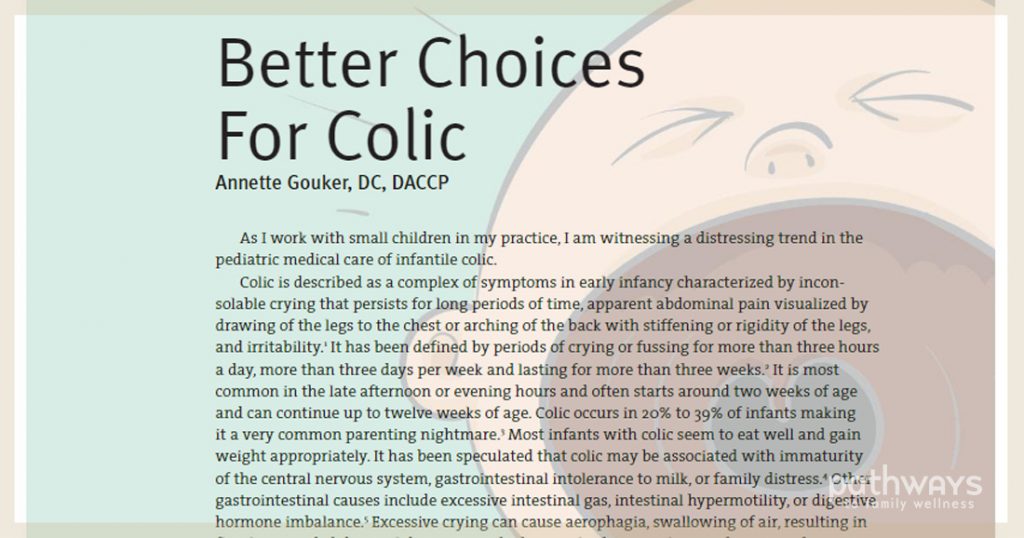 By Annette Gouker, DC, DACCPAs I work with small children in my practice, I am witnessing a distressing trend in the pediatric medical... 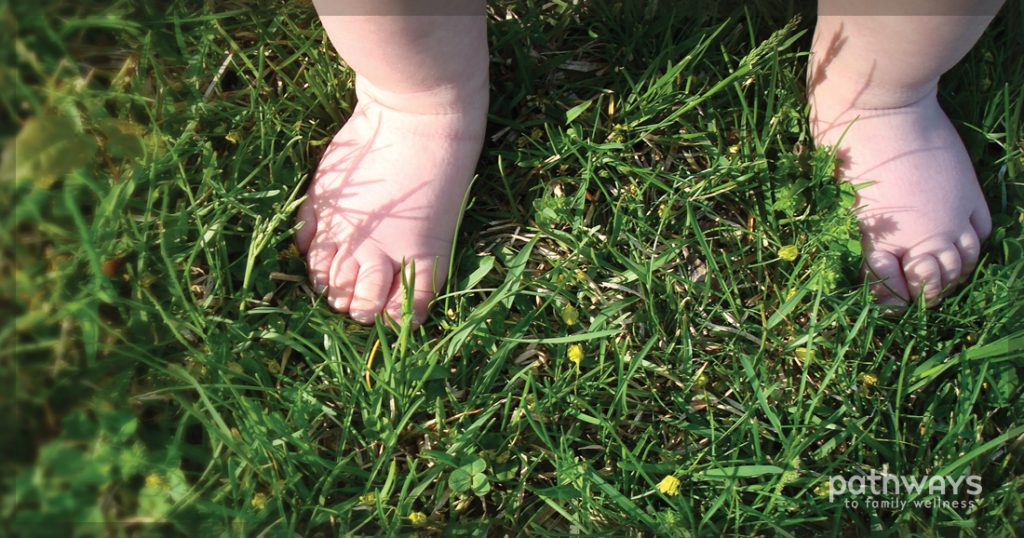 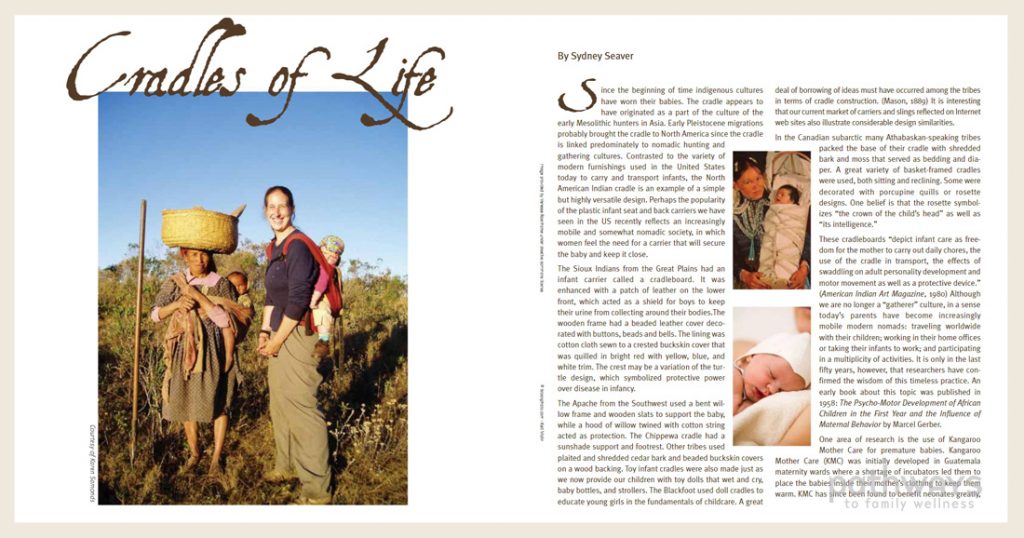