Sleeping Babies Need Mom Beside Them 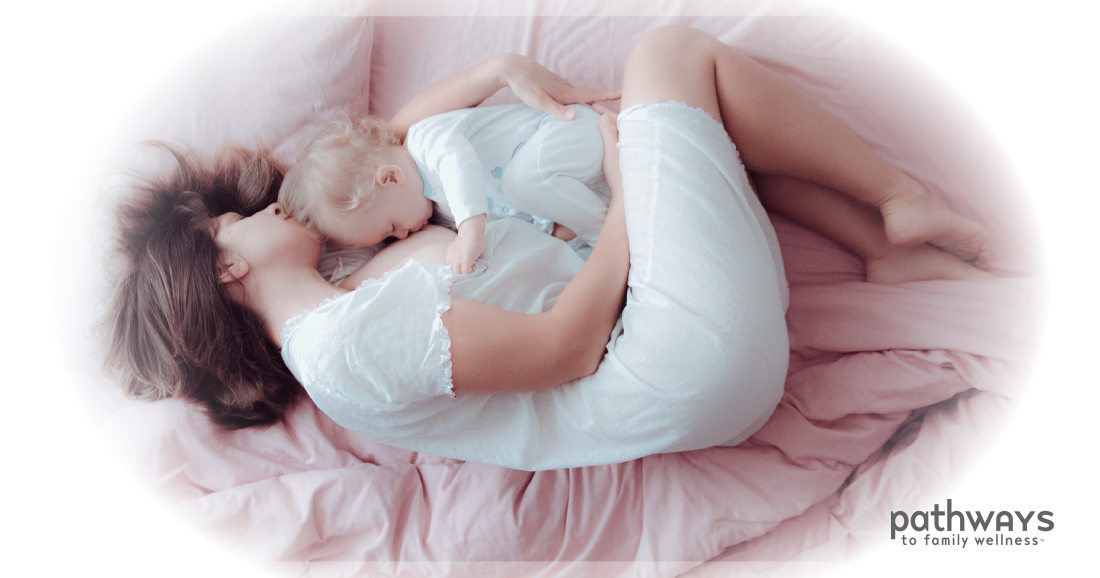 Throughout human history, breastfeeding mothers sleeping alongside their infants constituted a marvelously adaptive system in which both the mothers’ and infants’ sleep physiology and health were connected in beneficial ways. By sleeping next to its mother, an infant receives protection, warmth, emotional reassurance, and breast milk— in just the forms and quantities that nature intended.

This sleeping arrangement permits mothers (and fathers) to respond quickly to the infant if it cries, chokes, needs its nasal passages cleared, or needs its body cooled, warmed, caressed, rocked, or held. This arrangement helps to regulate the infant’s breathing, sleep state, arousal patterns, heart rates, and body temperature. The mother’s proximity also stimulates the infant to feed more frequently, and therefore receive more antibodies to fight disease. The increased nipple contact also causes changes in the mother’s hormone levels that help to prevent a new pregnancy before the infant is ready to be weaned. In this way, the infant regulates its mother’s biology, too; increased breastfeeding blocks ovulation, which helps ensure that pregnancies will not ordinarily occur until the mother’s body is able to restore the fat and iron reserves needed for optimal maternal health.

It is a curious fact that in Western societies the practice of mothers, fathers, and infants sleeping together came to be thought of as strange, unhealthy and dangerous. Western parents are taught that co-sleeping will make the infant too dependent on them, or risk accidental suffocation. Such views are not supported by human experience worldwide, however, where for perhaps millions of years, infants as a matter of course slept next to at least one caregiver, usually the mother, in order to survive. At some point in recent history, infant separateness with low parental contact during the night came to be advocated by childcare specialists, while infant-parent interdependence with high parental contact came to be discouraged. In fact, the few psychological studies which are available suggest that children who have co-slept in a loving and safe environment become better-adjusted adults than those who were encouraged to sleep without parental contact or reassurance.

The fear of suffocating infants has a long and complex cultural history. Since before the middle ages, “overlying” —or suffocating infants deliberately—was common, particularly among the poor in crowded cities. This form of infanticide led local church authorities to make laws forbidding parents to let infants sleep next to them. The practice of giving infants alcohol or opiates to get them to sleep also became common; under such conditions, babies often did not wake up, and it was presumed that the mothers must have overlaid them. Also, in smoke-filled, under-ventilated rooms, infants can easily succumb to asphyxia. Unfortunately, health officials in some Western countries promote the message that sleep contact between the mother and infant increases the chances of the infant dying from sudden infant death syndrome (SIDS). But the research on which this message is based only indicates that bed-sharing can be dangerous when it occurs in the context of extreme poverty or when the mother is a smoker. Some researchers have attempted to export this message to other cultures. However, in Japan, for example, where co-sleeping is the norm, SIDS rates are among the lowest in the world, which suggests that this arrangement may actually help to prevent SIDS.

Human infants need constant attention and contact with other human beings because they are unable to look after themselves. Unlike other mammals, they cannot keep themselves warm, move about, or feed themselves until relatively late in life. It is their extreme neurological immaturity at birth and slow maturation that make the mother-infant relationship so important. The human infant’s brain is only about 25 percent of its adult weight at birth, whereas most other mammals are born with 60 to 90 percent of their adult brain size. The young of most other mammals become independent of their parents within a year, whereas humans take 14 to 17 years to become fully developed physically, and usually longer than that to be fully independent.

Apart from being a natural characteristic of our species, constant proximity to the mother during infancy is also made necessary by the need to feed frequently. Human milk is composed of relatively low amounts of protein and fat, and high amounts of quickly absorbed and metabolized sugars. Therefore the infant’s hunger cycle is short, as is the time spent in deep sleep. All of these factors seem to indicate that the custom of separating infants from their parents during sleep time is more the result of cultural history than of fundamental physiological or psychological needs. Sleep laboratory studies have shown that bed-sharing, instead of sleeping in separate rooms, almost doubled the number of breastfeeding episodes and tripled the total nightly duration of breastfeeding. Infants cried much less frequently when sleeping next to their mothers, and spent less time awake. We think that the more frequently infants are breastfed, the less likely they are to die from cot death.

Our scientific studies of mother and infants sleeping together have shown how tightly bound together the physiological and social aspects of the mother-infant relationship really are. Other studies have shown that separation of the mother and infant has adverse consequences. Anthropological considerations also suggest that separation between the mother and infant should be minimal. Western societies must consider carefully how far and under what circumstances they want to push infants away from the loving and protective co-sleeping environment. Infants’ nutritional, emotional, and social needs, as well as maternal responses to them, have evolved in this environment for millennia. 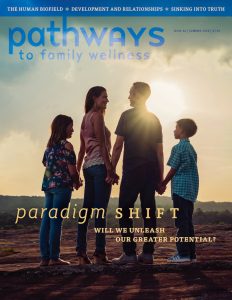 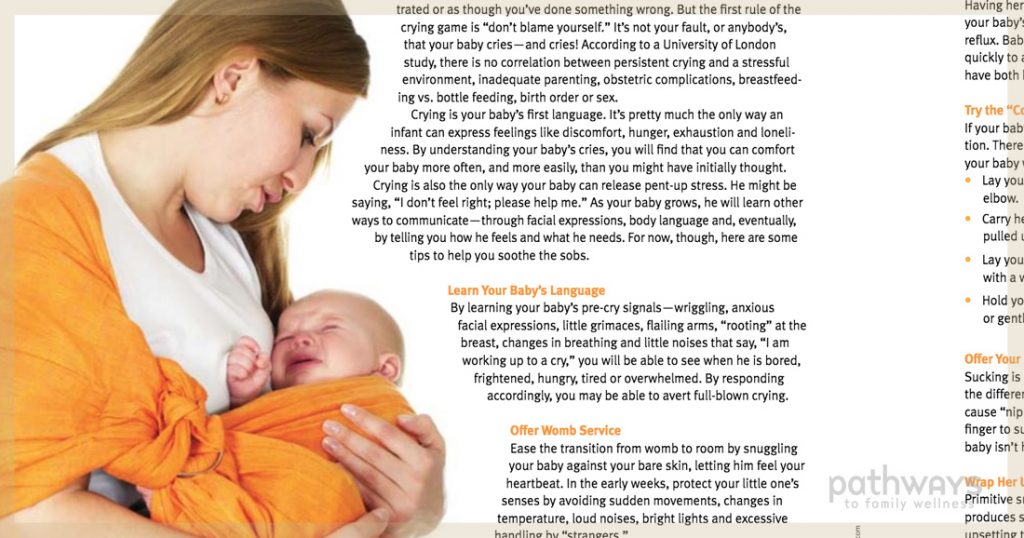 By Pinky McKay, IBCLCOne of the inevitable realizations experienced by new parents is that there are times when your baby will cry,... 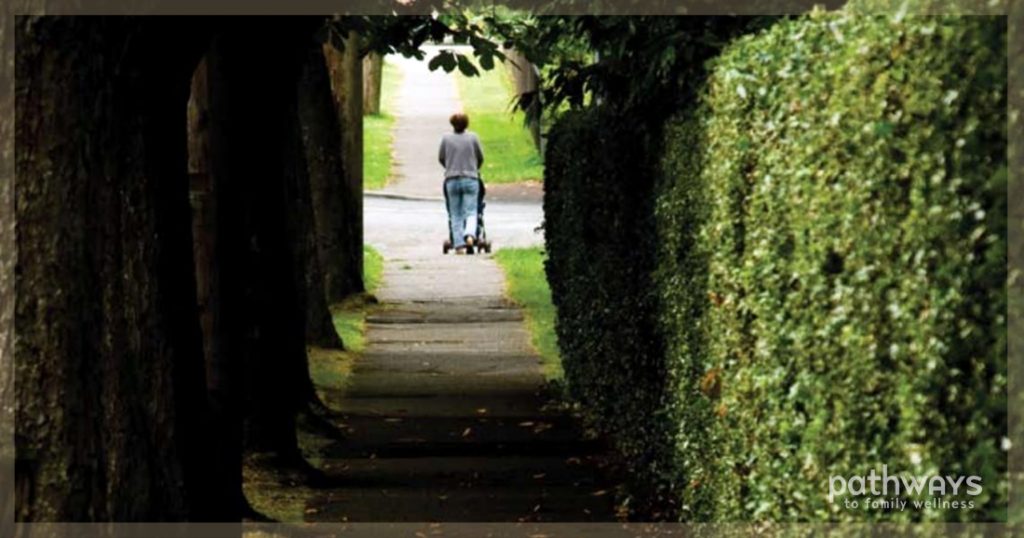 By Marcy Axness, PhDPostpartum depression is one of those everyday terms we use, though few of us understand what it means. We... 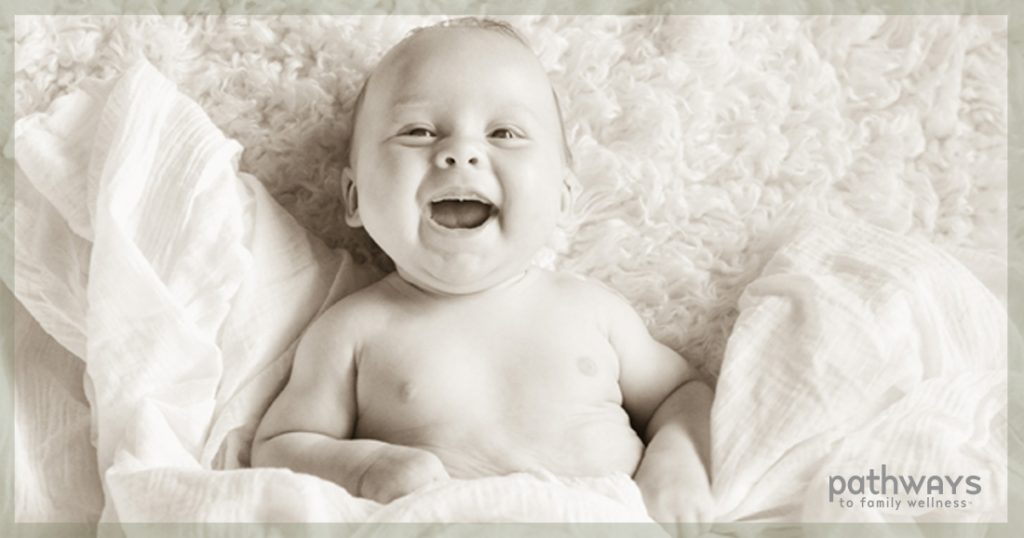 By Pathways MagazineWe had an overwhelming response from pathways readers and friends writing about their experiences with colic. Many parents expressed...