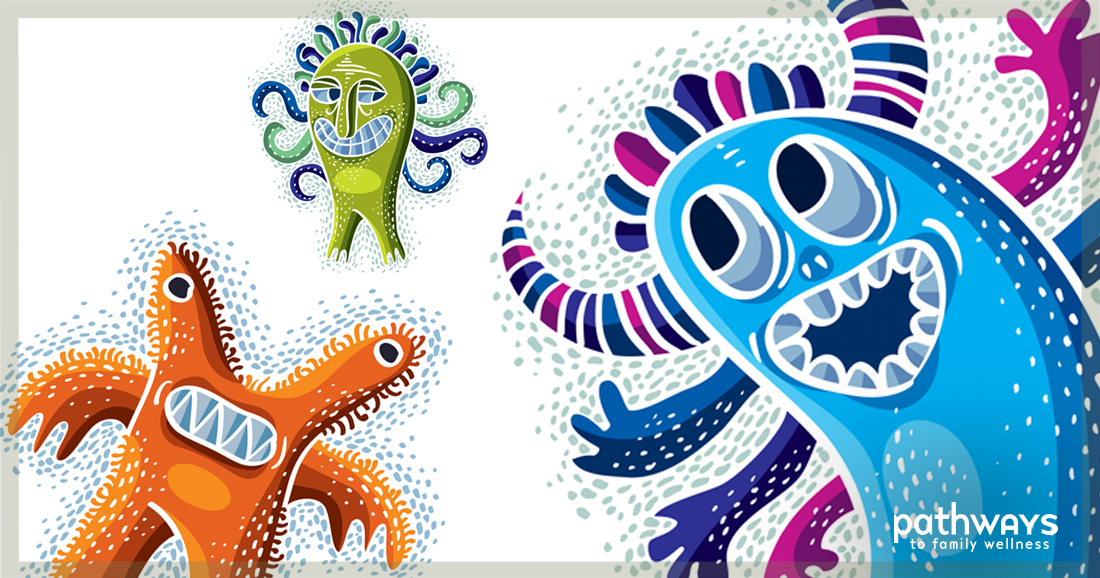 You know those glossy pages in the Sunday paper supplements that tell you what’s going up and down in terms of style? Well every time I open them I am more and more surprised not to see bacteria featuring in there, given how fashionable our prokaryotic colleagues have become of late. At first I wondered if I was just hyper-aware of anything that mentioned bacteria because I happened to be studying and writing about some of them, and of course because the much-anticipated Microbirth (Harman and Wakeford, 2014) film had received lots of attention amongst midwives, but I have come to believe that they are actually trending within the midwifery and obstetric worlds. Furthermore, I think their trendiness could be rather beneficial, and I will explain why I am hoping that the current popularity of bacteria might have a part to play in improving care for women and babies.

How are bacteria portrayed?

May I ask you to think back to your first memories of bacteria being mentioned, perhaps by your parents or teachers? Were they mentioned in a positive or negative light? As benign, helpful and/or harmful organisms? As cells to be feared, celebrated and/or wondered at? Did you get the impression that bacteria were a relatively homogenous group of organisms which could be judged (for good or bad) as such, or did you get a sense of their complexity and variety and the fact that the same bacteria could have different effects in different circumstances? What were bugs called in your house, and what pictures and emotions does that term evoke in you now?

I ask because the things that we learn as children— and, of course, the things we pass on when it is our turn— can have a powerful impact on the way we view and relate to ideas, theories or, I guess, classes of biological organisms. With the exception of a particularly fun and enthusiastic biology teacher who loved to point out the extraordinary value of flies, bacteria and 41 other non-cuddly organisms, my early memories of references to bacteria were almost all based on their potential to harm me. Not that this was over-emphasised, though, and it certainly never stopped me from spending half my childhood making mud pies, for I am one of those lucky people who grew up in the years before the risk management paradigm took hold, but I don’t recall encountering the notion that bacteria could also be helpful to me until much later. These days, children may be more likely to meet ‘good’ bacteria early on— perhaps in the form of a smiling, happy, child-targeted yogurt pot—although, somewhat paradoxically, they are perhaps also likely to be more familiar with an array of antibacterial cleaning products, both for them and their home.

I am going to propose that it is vital to ask how, as a culture, we view and portray a group of organisms as essential to our survival as we now know bacteria are. It also seems important to consider how we are experiencing the massive shift in our understanding of these organisms and their relationship with us. It is far too early on in this shift to even think about preempting where our knowledge will take us, but I have hope that the insights coming out of areas such as the microbiome project (Turnbaugh, et al., 2007) will lead to a genuine re-thinking of our knowledge.

If you haven’t yet read a lot about this area, though, or if you keep seeing references to it and thinking you need to look into it more, Reed and Johnson-Cash (2014) have written an excellent overview of emerging knowledge about the human microbiome and the way in which this relates to pregnancy, birth and early mothering, which I highly recommend.

Exploring theories of health and disease

Until recently, Western culture has been very focused on the ‘bacteria-as-bad’ school of thought. Mainstream science and medicine teach Louis Pasteur’s germ theory, and we have learned to value (and thus buy) products and techniques that help protect our bodies from baddies, perhaps more than about the ways in which we can proactively support our bodies—and the bacteria which live with us—to help themselves. Many of these ways—out of interest and by contrast— cost very little.

The work of Louis Pasteur is pivotal in the development of modern medical thinking, and yet the thinking of others who offered different but equally interesting viewpoints—with Antoine Béchamp being one example—has been largely ignored. Béchamp, in case you haven’t heard of him, proposed that the health of the terrain—or body—was just as or even more important in the spread of disease as the existence of germs, bugs, naughty bacteria or whatever term you want to use. He and his followers claimed that it is better to maintain a healthy body through good nutrition and habits, as this then deprives harmful bacteria of an environment in which to proliferate.

I don’t know whether, under what circumstances, or to what extent Béchamp’s theories are true. I do know that many people reject his theories out of hand, and that sepsis is a serious issue. But because of the limitations and ramifications of the germ theory–based approach, concerns about antibiotic resistance, side effects and the fact that antibiotics kill healthy strains of bacteria as well as those associated with disease, and because it is possible to explore a theory for interesting facets without necessarily having to swallow it whole or reject it outright, I think other ideas are worth exploring.

Hope on the horizon

So my first thread of hope relates to the way in which our growing knowledge about bacteria is enabling us to move beyond the one-track, often negative way in which we have come to view these micro-organisms that live on us, in us and around us. We are beginning to understand that our relationship with them is not simple or easily packaged up. We are starting to see the complexity of our relationships with bacteria, and that we may need to reconsider what we thought we knew. 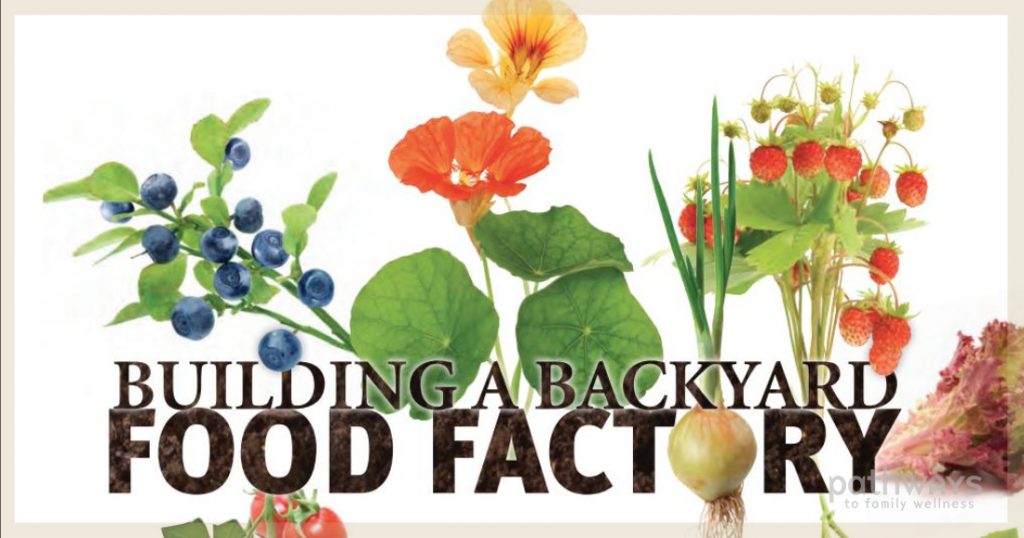 By Greg SeamanOur backyard food factory." That's how our family refers to our small backyard vegetable garden. From just 500 square... 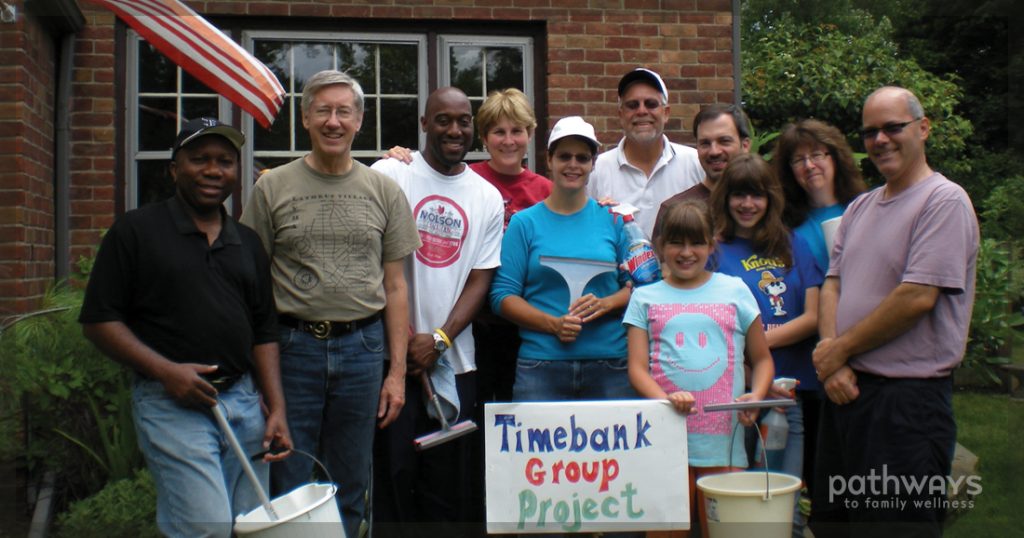 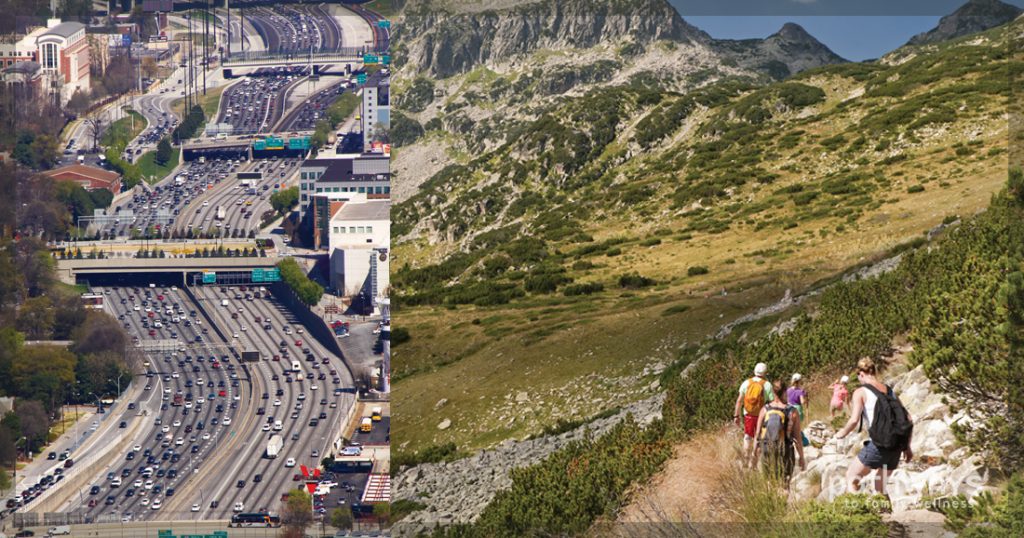 Uprisings For The Earth: Reconnecting Culture With Nature

By Osprey Orielle Lake, MAPersonal transformation is critical to mitigating our global crises. Educators and psychologists, artists and activists, elders and leaders have...