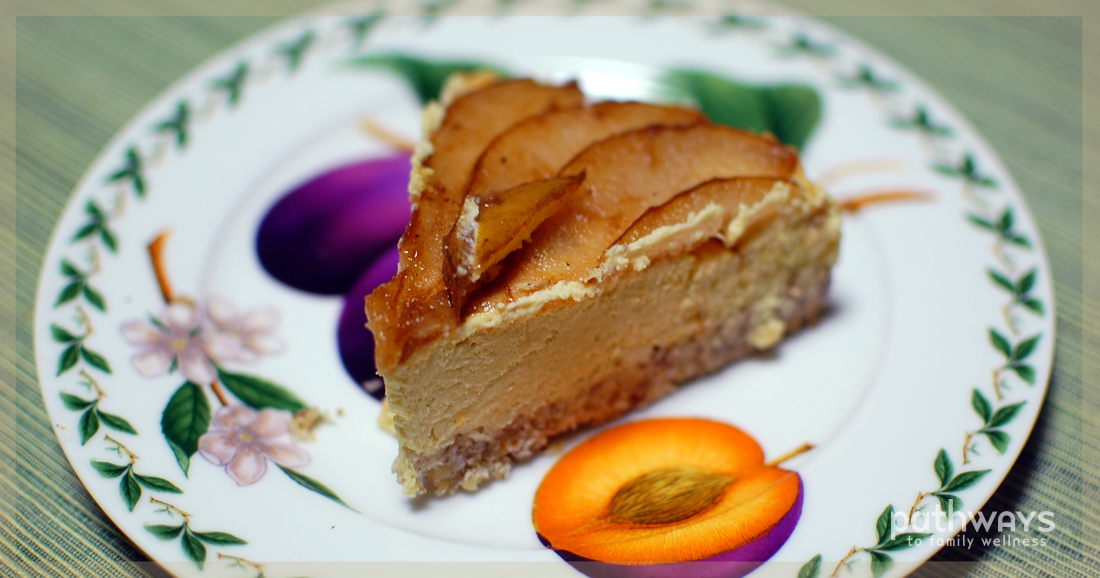 This time of year, the dessert of choice is pie, and in my book, cheesecake is more like a pie than a cake considering there is no flour to make it “cakey”; at least not in this recipe. We omitted the flour that some other New York cheesecakes have, and switched around the crust a bit. Instead of a traditional graham cracker crust, we decided to make a still flaky, but this time nutty crust. Use whatever kinds of nuts you like. We chose pecans because they were in the cabinet asking to be used. Add some coconut flakes and of course coconut oil, because we just love coconut, and you have a tasty, crumbly crust that does not have you missing the store-bought graham crackers. The one thing that really sets this a part from the rest though, is the spiced pears on top. I almost made a pumpkin cheesecake. I was so close to mixing in that pumpkin, because right now, everything is pumpkin. But at the last minute I changed my mind, grabbed the pears we got from the local market, sliced and spiced and layered on top. I wish I had a picture of the cheesecake from the top, it was beautiful. But things don’t always work out. What I can say is that it tasted as delightful as it looked. You will just have to trust me, and as always, enjoy! Note: If you do want to make this into a pumpkin cheesecake, it is really easy: just mix in 1 cup of pureed pumpkin, 1/8 tsp clove, 1/4 tsp nutmeg and 1/2 tsp cinnamon into only half the filling and layer half plain filling and half pumpkin mixed filling. You will cut it and have a nicely layered pumpkin cheesecake. 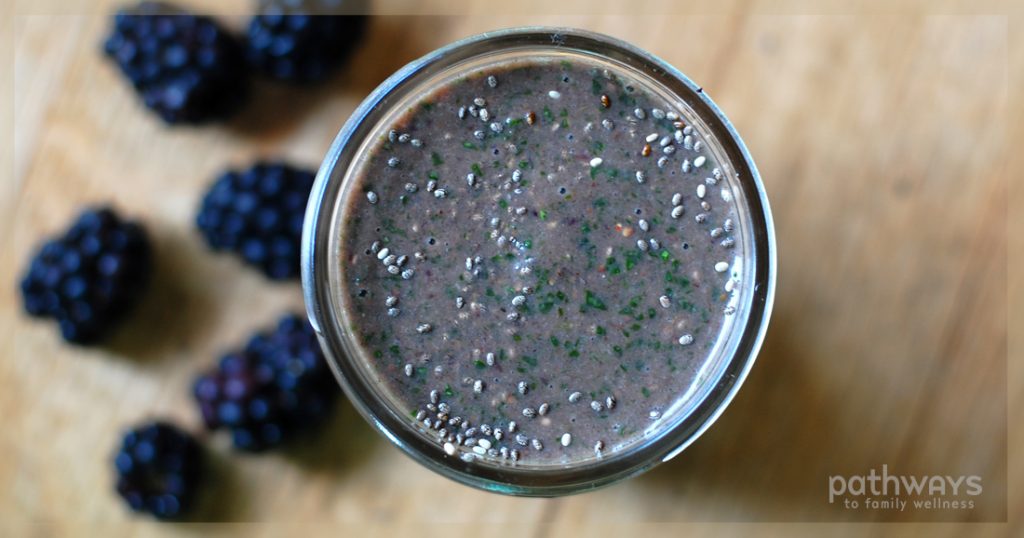 By Tia OhmThe simplicity of a smoothie made with all fresh ingredients is a wonderful thing. Sometimes breakfast can be a... 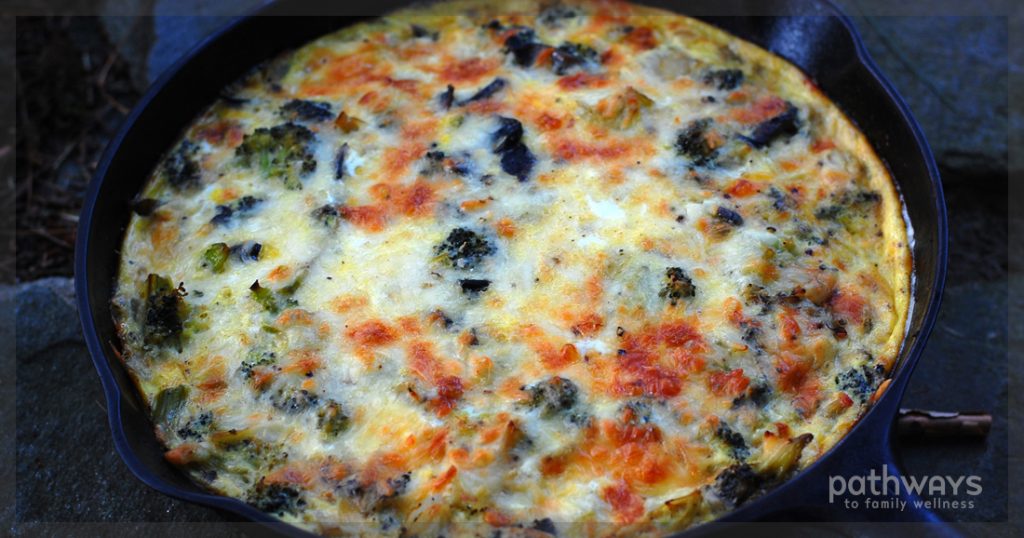 By Tia OhmYou know those days when your not sure what to make for dinner? When you don't really have enough... 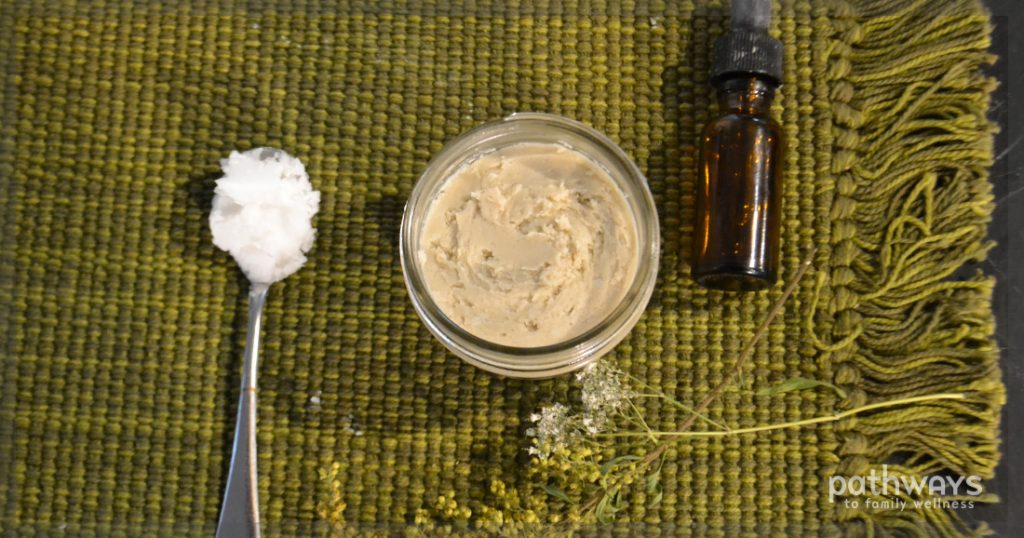 By Tia OhmCoconut oil is really an amazing thing. We have used it in so many recipes so far, and of...