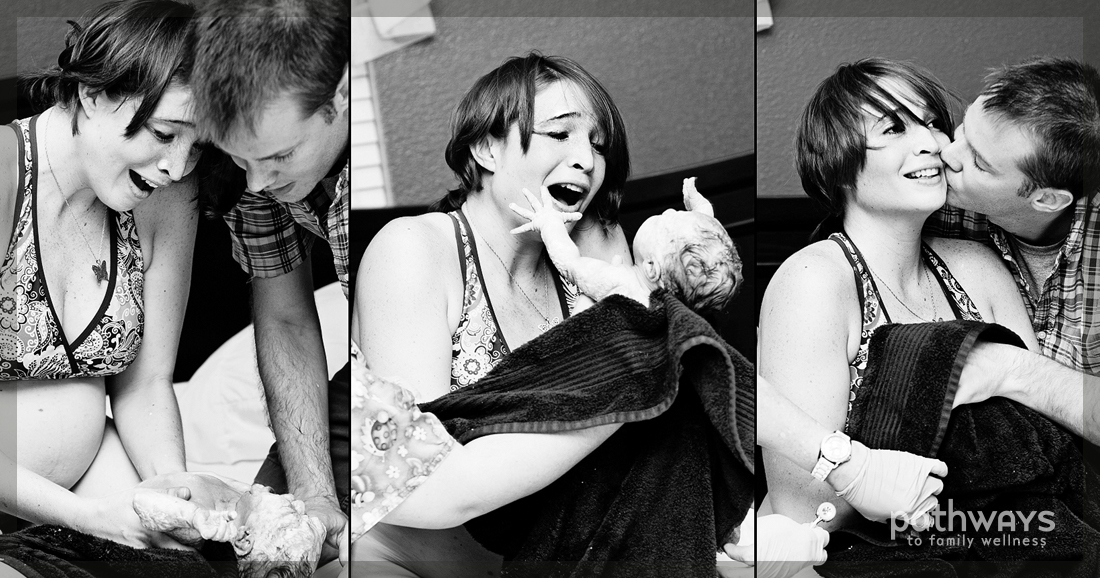 Studies show that many interventions increase risk to mother and child instead of decreasing it. In fact, the most scientific birth is often the least technological one.

When I ask my medical students to describe their image of a woman who elects to birth with a midwife rather than with an obstetrician, they generally describe a woman who wears long cotton skirts, braids her hair, eats only organic vegan food, does yoga, and maybe drives a VW microbus. What they don’t envision is the omnivorous, pantswearing science geek standing before them.

Indeed, they become downright confused when I go on to explain that there was really only one reason why my mate—an academic internist—and I decided to ditch our obstetrician and move to a midwife: Our midwife could be trusted to be scientific, whereas our obstetrician could not.

Many medical students, like most American patients, confuse science and technology. They think that what it means to be a scientific doctor is to bring to bear the maximum amount of technology on any given patient. And this makes them dangerous. In fact, if you look at scientific studies of birth, you find over and over again that many technological interventions increase risk to the mother and child rather than decreasing it.

But most birthing women don’t seem to know this, even if their obstetricians do. Paradoxically, these women seem to want the same thing I wanted: a safe outcome for mother and child. But no one seems to tell them what the data indicate is the best way to get there. The friend who dares to offer half a glass of wine is seen as guilty of reckless endangerment, whereas the obstetrician offering unnecessary and risky procedures is considered heroic.

When I was pregnant, in 2000, and my mate and I consulted the scientific medical literature to find out how to maximize safety for me and our child, here’s what we learned from the studies available: I should walk a lot during my pregnancy, and also walk around during my labor; doing so would decrease labor time and pain. During pregnancy, I should get regular checkups of my weight, urine, blood pressure and belly growth, but should avoid vaginal exams. I should not bother with a prenatal sonogram if my pregnancy continued to be low-risk, because doing so would be extremely unlikely to improve my or my baby’s health, and could well result in further tests that increased risk to us without benefit.

According to the best studies available, when it came time to birth at the end of my low-risk pregnancy, I should not have induction, nor an episiotomy, nor continuous monitoring of the baby’s heartbeat during labor, nor pain medications, and definitely not a c-section. I should give birth in the squatting position, and I should have a doula—a professional labor support person to talk to me throughout the birth. (Studies show that doulas are astonishingly effective at lowering risk, so good that one obstetrician has quipped that if doulas were a drug, it would be illegal not to give one to every pregnant woman.)

In other words, if the regular low-tech tests kept indicating I was having a medically uninteresting pregnancy, and if I wanted to scientifically maximize safety, I should give birth pretty much like my great-grandmothers would have: with the attention of a couple of experienced women mostly waiting it out, while I did the work. (They called it labor for a reason.) The only real notable difference was that my midwife would intermittently use a fetal heart monitor—just every now and then—to make sure the baby was doing okay. My obstetrician and his practice had made clear that they were rather uncomfortable with this kind of “oldfashioned” birth. So we left, and engaged a midwife who was committed to being much more modern. And the birth I had was pretty much as I have described. Yes, it hurt, but my doula and midwife had prepared me mentally for that, assuring me that this kind of special pain did not have to result in fear or harm.

We did end up with one technological intervention: Because my son had meconium in his fluid (this means he’d defecated in the womb), the midwife explained to me that right after birth, the pediatricians would be scooping him up to suck out his trachea (his windpipe). The idea was to prevent pneumonia. They did this, and three months later over breakfast my husband presented me the results of a randomized control trial that had just come out: It showed that babies in this situation who only had their mouths and not their tracheas cleaned actually had lower rates of pneumonia compared to those who got the tracheal intervention. Another intervention that turned out not to be worth it.

So why is it that, more than a decade later, when the evidence still supports a low-interventionist type of pregnancy and birth management for low-risk cases, we’ve made virtually no inroads to making birth more scientific in the United States? I put that question to a few scholars who work on this issue. One of them, Libby Bogdan-Lovis of the Center for Ethics and Humanities in the Life Sciences at Michigan State University, happens also to have been my doula. (Lucky me.) Libby noted that a big part of the problem is the way birth is conceived in America—as “dangerous, risky, and in need of control to ensure a good outcome.”

Libby pointed out that institutional strictures contribute to the problem: “Insurance companies generally cover hospital birth, not home birth, they are more inclined to compensate doctors over midwives, they compensate doctors and hospital-based midwives for doing something over doing nothing, and the healthcare system’s risk management approach backs those who can demonstrate that they did everything possible in terms of intervention.” All this in spite of the fact that, as Libby notes, “attempts to control birth are fraught with real medicalized risk and commonly lead to cascades of interventions.”

Raymond De Vries, a sociologist in the University of Michigan’s Center for Bioethics and Social Science in Medicine, has compared birth in the U.S. to that in the Netherlands, where he is a visiting professor at the Maastricht University. He finds that, in the U.S., “obstetricians are the experts and the experts have come to see birth as dangerous and frightening.” De Vries suggests that the organization of maternity care in this country—”the limited choices that American women have for bringing their baby into the world, what women are not told about dangers of intervening in birth, and the misuse of science to support the new technologies of birth”—actually constitutes an ethical problem, although we typically do not recognize it as one. Medical ethicists “would rather look to the [comparatively rare] problems of in vitro fertilization and preimplantation genetic diagnosis than to the everyday issues of how we organize birth here in the U.S.; they would rather talk about preserving women’s ‘choices’ than to explore how those choices are bent by culture.”

So true. Ethicists love to talk about women’s birthing choices as if they are informed and autonomous, but I can’t count how many women have said to me that they “chose” pain medication during birth, even though they were never told the risks of pain medication, never had anyone express confidence in them that they could birth without medication, and were never offered a doula to walk and talk them through the pain. What kind of “choice” is that? As Libby Bogdan-Lovis told me, “Today’s average childbearing woman thinks the notion of an unmedicated birth is the equivalent of suggesting that women should eagerly embrace torture.”

I think of all the choices I made, the one that shocked my peers most was not getting a prenatal ultrasound. But just a few years before I became pregnant, a major U.S. study—involving more than 15,000 pregnancies— published in the New England Journal of Medicine showed that routine ultrasounds did not leave babies safer. That work was led by Bernard Ewigman, now chair of family medicine at the University of Chicago and NorthShore University Health System.

I recently called Dr. Ewigman and asked him why so many low-risk pregnancies now involve routine ultrasounds. He suggested that it was partly emotional— people like to “see” their babies—and partly due to the unsubstantiated belief that knowing something is necessarily going to lead to better outcomes than not knowing. But, he agreed, routine prenatal sonograms in low-risk pregnancies (that is, pregnancies in which there have been no problems) do not appear to be supported by science, if the outcome you’re seeking is reducing illness and death in mothers and children. Routine prenatal sonograms don’t seem to be dangerous, but they are also not health-giving.

Dr. Ewigman told me, “The approach you took to your pregnancy was rational and well informed. But most decision-making when it comes to medical issues involving a pregnant woman or baby are not well informed and not based on rational thinking.” He added: “We’re all very interested in having healthy babies and it is pretty easy to make the kind of cognitive errors that people make, and attribute to technology benefits that don’t exist. At the same time, when there are problems in a pregnancy, that very same technology can be lifesaving. It is easy to make the [problematic mental] leap that technology is always going to be necessary for a good outcome.”

Dr. Ewigman and I talked about how some people derive false certainty from prenatal sonograms, thinking that if the clinicians see nothing unusual, the baby will be born perfectly healthy. I explained to him that that was one reason I didn’t bother; I knew from my own research on birth anomalies how often sonograms mislead. He observed that our culture has “a real fascination with technology, and we also have a strong desire to deny death. And the technological aspects of medicine really market well to that kind of culture.” Whereas a low-interventionist approach to medical care—no matter how scientific—does not.

I’m not against taking into account, when making birthing choices, the kinds of hard-to-measure outcomes that may matter deeply to some pregnant women. I get that there are some women who don’t want a baby shower like mine, where most of the gifts consist of yellow and green baby clothes, instead of pink or blue. I get that some want to have those fuzzy pictures of the babies in their wombs. I get that some might want to abort if a sonogram were to show a major anomaly.

And I get that some women want a particular experience of birth—I mean, I really get that now that I have had a birth that left me feeling more powerful, more humble, more focused, and more devoted to my lover than I ever thought I could feel.

But I wish American women were told the truth about birth—the truth about their bodies, their abilities, and the dangers of technology. Mostly I wish all pregnant women could hear what Libby Bogdan-Lovis, my doula, told me: “Birthing a baby requires the same relinquishing of control as does sex—abandoning oneself to the overwhelming sensation and doing so in a protective and supportive environment.” If only more women knew how sexy a scientific birth can be. 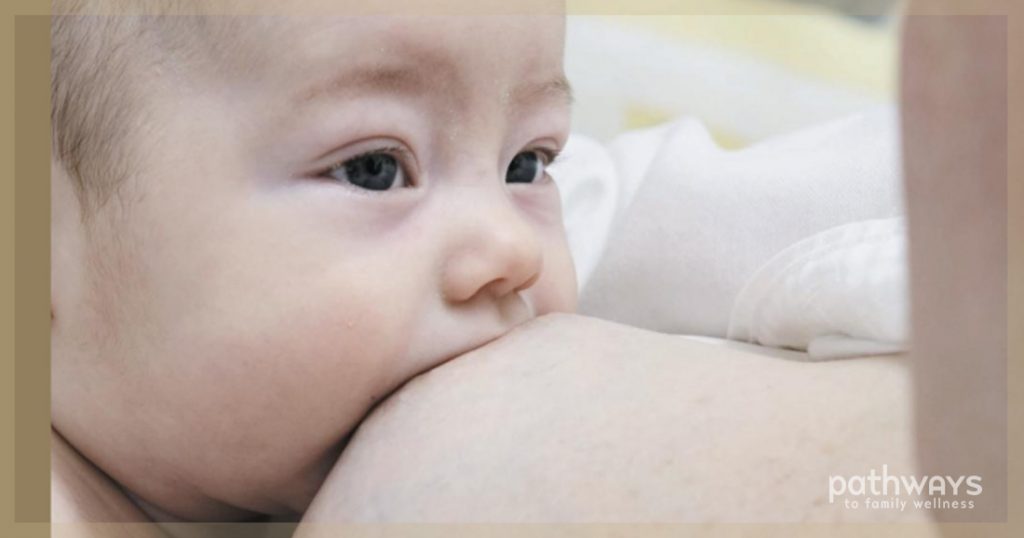 Breastfeeding Versus Formula FeedingNearly 20 studies conducted since the late 1980s have identified negative effects of formula feeding or... 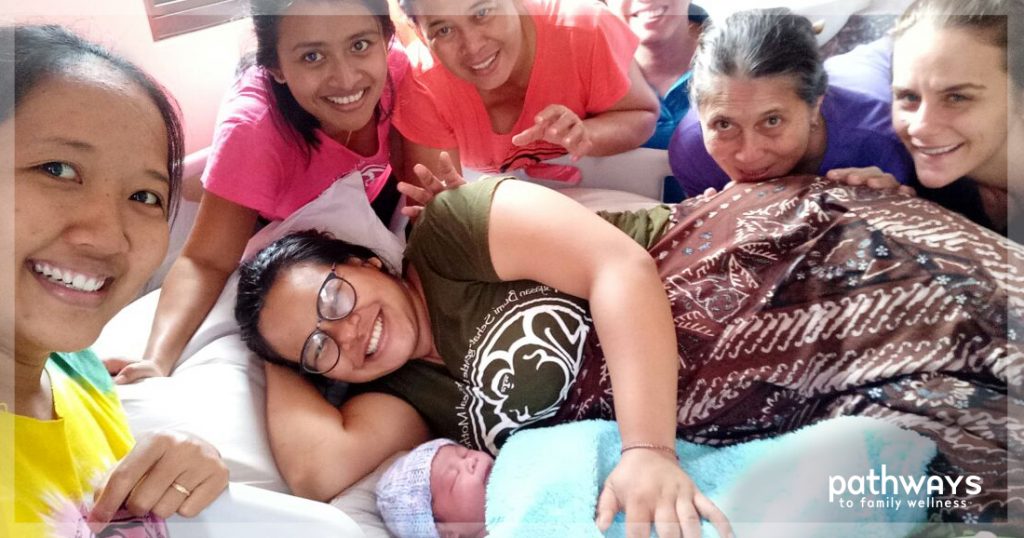 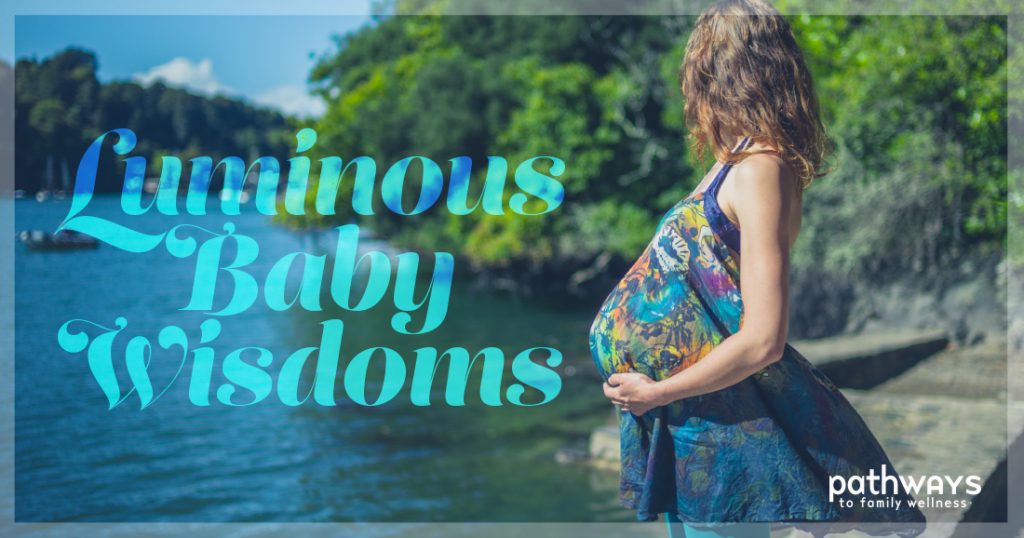 By Wendy Anne McCarty, PhDHelping Babies in the Womb and Beyond During Challenging TimesWe are in the midst of a grand evolution of...