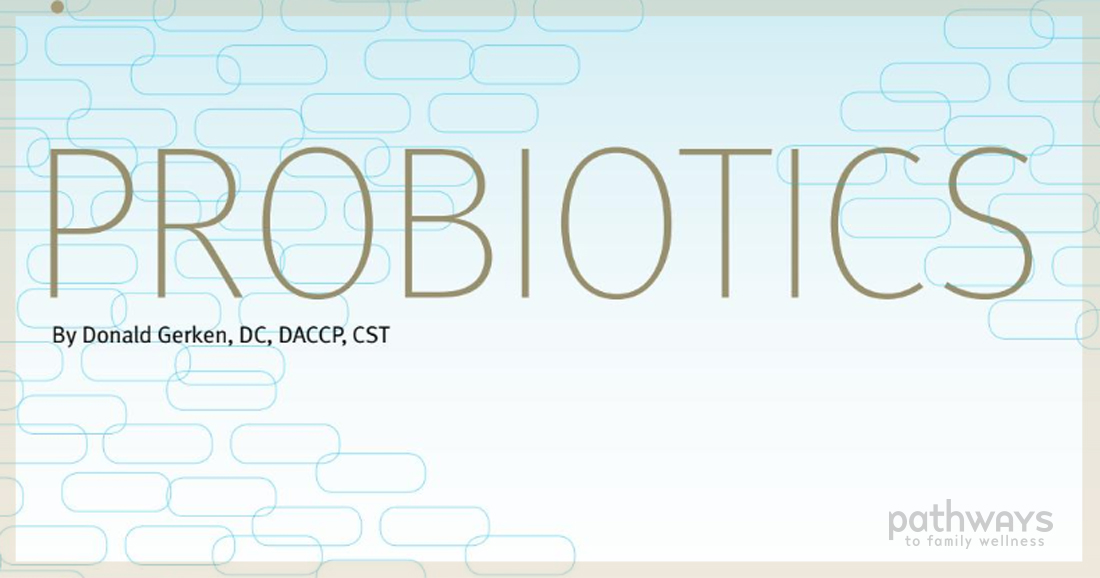 Over the past year, we have seen an increase in the number of products that contain beneficial microorganisms, or probiotics. The supermarket shelves are now inundated with yogurts, drinks, smoothies, baby foods, and even breakfast cereal, all costing more than the regular products and claiming to be more beneficial than the traditional brands. While these products may be more appealing to those interested in a “natural” approach to eating well, is this extra expense justified for the health benefits these products claim? First we must look at what probiotics are and how they can be helpful.

In the early 1960s, the term probiotic was first applied to microbes used for medical purposes. A more recent and widely accepted definition of probiotics is, “live microorganisms administered in adequate amounts, which confer a beneficial physiological effect on the host.” A Russian scientist named Elie Metchnikoff (1845–1916) is credited with calling attention to the health benefits of yogurt. Metchnikoff associated the longevity of the Bulgarians with regular yogurt consumption and hypothesized that the lactic acid bacteria in the yogurt counteracted harmful bacteria in the intestines. The use of probiotics has long remained popular in Europe, the Middle East, and Asia, but until recent years has been uncommon in the United States.

Probiotics are living microorganisms that, when ingested, provide health benefits by helping to digest food, produce vitamins, stimulate the immune system, and fight infection. Our bodies actually contain trillions of bacteria, most of which are beneficial and help us to maintain normal function. They are found in our mouth, stomach, intestines, reproductive tract, urinary tract, and on and even within our skin. Normally, these bacteria keep the body in balance by protecting us from invasion by pathogenic, or disease-causing, bacteria, including E. coli, Campylobacter, Shigella species, and Salmonella species. The good bacteria create a layer between the body and the harmful bacteria, inhibiting colonization; this is called colonization resistance. Many things can disrupt this protective mechanism, including poor diet, stress, and medications. Most probiotics are taken for traveler’s diarrhea, acute diarrhea, antibiotic-associated diarrhea, colitis, inflammatory bowel disease, irritable bowel syndrome, digestive problems, and vaginal and urinary tract infections.

The two most frequent reasons to take probiotics are antibiotic- related diarrhea and traveler’s diarrhea. Antibiotic use is the primary cause of the loss of most people’s natural flora, allowing other nonbeneficial floras to proliferate. The antibiotic taken for an infection destroys the bacteria causing the illness, but it may also kill many of the beneficial microflora at the same time. This makes the body susceptible to yeast overgrowth and increased bad flora growth where the beneficial microflora used to be—which puts a person at risk of invasion by other pathogenic bacteria once the antibiotics have stopped. Because of this, repeated use of antibiotics will greatly weaken our immune system, leaving us more susceptible to repeated infections, pathogenic colonization, and yeast overgrowth.

When you travel to places your immune system is not familiar with, or to a place where there may be unhygienic conditions, including developing countries and tropical or semitropical regions, the risk of exposure to diarrhea-producing bacteria increases considerably. The food and water that you may consume often contain different bacteria than your bodies are accustomed to. Your health and immune system can be compromised when these organisms are introduced, or when the balance of these organisms changes. People who travel regularly find that having a large amount of probiotic bacteria in reserve in the gastrointestinal tract is greatly beneficial in the event of a new foreign bacterium trying to take over. A placebo-controlled, double-blinded study in Finnish travelers found that the probiotic Lactobacillus GG decreases the incidence of traveler’s diarrhea. Ingesting probiotics can help to replenish the body’s microflora and improve the immune system.

Breastfeeding mothers and children can benefit from probiotics for a number of reasons. Newborn infants can benefit from probiotics as well, especially in cases of caesarian birth. When a baby passes through the mother’s birth canal, it experiences its first exposure to, and chance to acquire, beneficial microflora. A child born via caesarian will miss out on that first opportunity to pick up microflora, and may have a compromised immunity and decreased ability to digest the mother’s milk. Breastfeeding will help to expose the infant to microflora through contact with the mammary areola, breast skin, and the milk itself.

Many parents note that caesarian born infants have an increase in colic, constipation, and gastroesophageal reflux disorder or GERD. It is believed that because of this missed opportunity to pick up natural microflora, it is more difficult for the infant to digest and break down the breast milk. Thrush and cradle cap are additional signs that an infant could benefit from probiotics. The use of probiotics is often the second recommendation after spinal alignment in all of these cases. It is important to note that in the first few months after birth, the Bifidobacterium species is the first to appear in the infant, followed by the Lactobacillus species. So, when giving probiotics to infants younger than 4 months of age, it is best to follow nature and only give the Bifidobacterium species (bifidum, longum, infantis, breve), then follow up with both the Bifidobacterium and Lactobacillus species (rhamnosus, casi, salivarius, paracasei).

Healthy people see the most benefits by taking 15–25 billion colony-forming units (CFUs) daily. During bouts of diarrhea or detoxification, it is not uncommon to need 200–300 billion CFUs daily for 7–10 days to help replenish the gastrointestinal tract. Infants, children, and pregnant mothers can also benefit from probiotics. Any time that the mother or infant is given antibiotics at the hospital, whether during labor and delivery or just prior to birth, probiotics should be given to both the mother and infant. Children can easily take 50–100 billion CFUs daily for several days when fighting a cold, or 10–15 billion CFUs daily for preventative measures. Infants have safely been given up to 140 billion CFUs per kilogram body weight. These numbers may seem vary large, but when you consider that normally we have trillions of these bacteria in our system and that even the best entericcoated capsules do not deliver all their bacteria to the intestines, these doses are very safe. The only problems that have been reported with probiotic use were identified with elderly or very young patients who had severely compromised immune systems, and hospitalized individuals who had open wounds which became infected due to external contamination. There are rare opportunistic infections described for virtually every probiotic species, but the emphasis is on rare.

Currently probiotics come in a variety of styles, such as powders, capsules, and liquids. The amount of colony-forming units can be as little as several million to as many as some single-dose sachets of 850 billion CFUs.

With such variety, it is easy to become confused about probiotics. There are five important things you need to consider when purchasing a probiotic. First, the name of the type of bacteria should be listed with the Latin genus and species—for example, Bifidobacterium bifidum (or B. bifidum for short), or Lactobacillus casei (or L. casei). There are a great number of species and all of them have different strengths and weaknesses. Some colonize quickly, but do not last long; others are good for fighting unfriendly bacteria but when they ferment they make for a poortasting end product so they cannot be used in making things like yogurt. For this reason the most beneficial products contain a probiotic blend—for example, L. acidophilus, L. rhamnosus, S. thermophilus, and L. bulgaricus.

Second, the number of colony-forming units (CFUs) should be listed in the billions, not millions. Third, the container should not make any claims that the probiotics heal or cure diseases or ailments, such as promising to beat bloat or tighten the tummy. Products that make these claims are usually not evidence-based and are not third-party tested for quality or potency. It is acceptable, however, for labels to say things like “restores intestinal balance” or “enhances the body’s natural defenses.” Fourth, the best probiotics are generally in the refrigerated section. This prolongs the life of the bacteria by limiting exposure to high temperatures and moisture, which keeps the organisms in a dormant state. A study showed that an unrefrigerated sample of probiotics after three months lost half of the number of CFUs compared to an identical sample stored in a refrigerator. Finally, the manufacturer should be reputable and known especially for their probiotics, and not just a wide range of products.

When we take a look at some of the new products that are on the market, they don’t even come close to meeting these criteria. Many of the yogurts, smoothies, and baby foods include the genus and species of the type of probiotics that they contain, but do not list the number of colony-forming units. In many cases, the companies do not know how many live colony-forming units will be present in their product by the time that it arrives on the shelf. The makers of food products rarely do any third-party testing. So, although the label says that live cultures were added, whether those cultures still exist or exist in the same numbers by the time the product gets to the consumer is unknown. Many probiotic companies guarantee the number of colony-forming units at the time of manufacture; the best companies, however, will state that their products will meet the claim on the label at expiration date when stored as directed. Even when products do have adequate amounts of probiotics, many of these products contain sweeteners, including corn syrup, artificial flavors, and dyes. These ingredients greatly inhibit normal immune system function and the benefits from the live bacteria are lost due to the harmful effects of the additives.

If you are truly interested in adding probiotics to your diet on a daily basis, you will get more for your money by purchasing a product from a healthcare professional or health food store. However, if you are going to purchase products such as yogurt that normally contain live cultures, it’s much better to purchase the yogurt that contains active (live!) cultures instead of added probiotics. 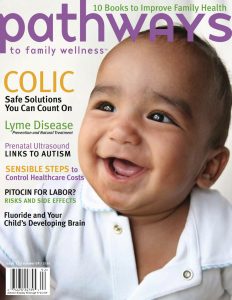 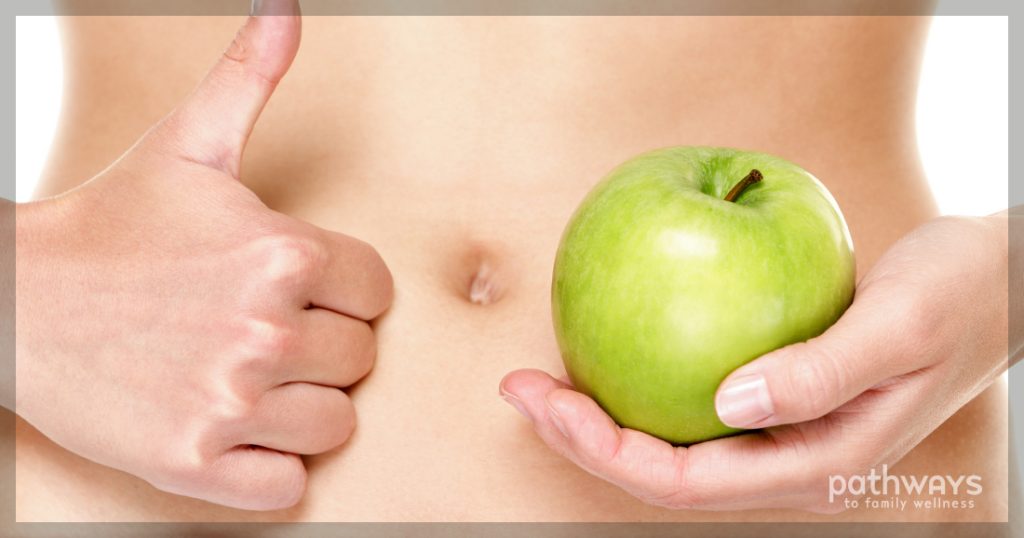 By Maureen McDonnell, BS, RNI'll spare myself some embarrassment and not share with you the nickname my friends gave me in high school... 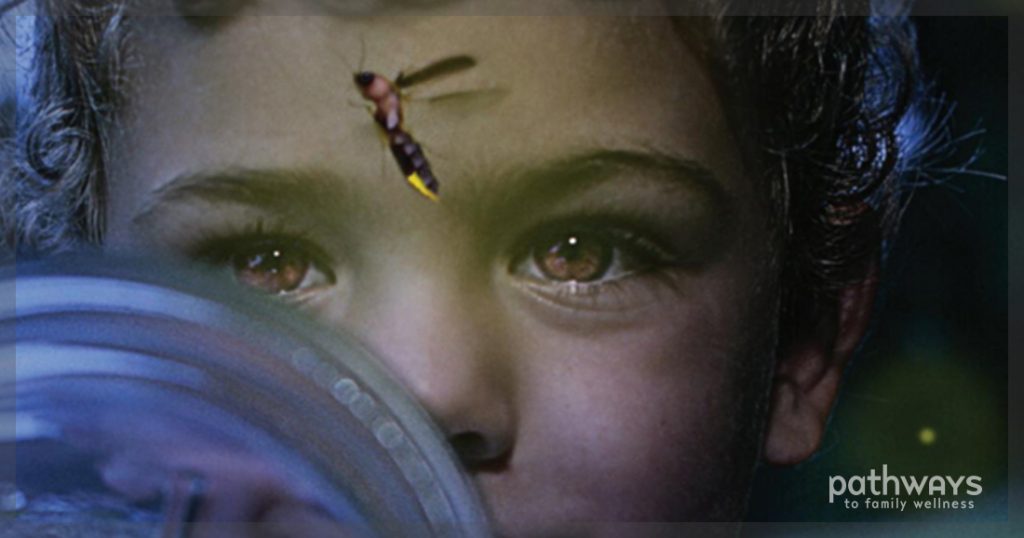 By Joanne CraneTo begin making your own summertime remedies use a glass or plastic container, not metal. I use small, travel-size... 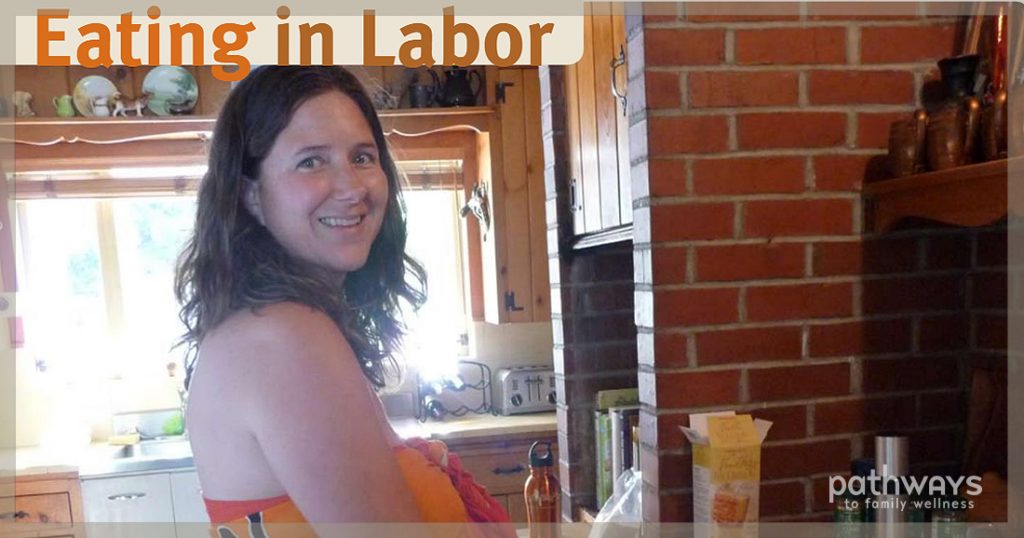 By Gloria LemayThe wheels of progress seem to turn excruciatingly slowly over at the American College of Obstetricians and Gynecologists (ACOG)....