Waiting For The Big One 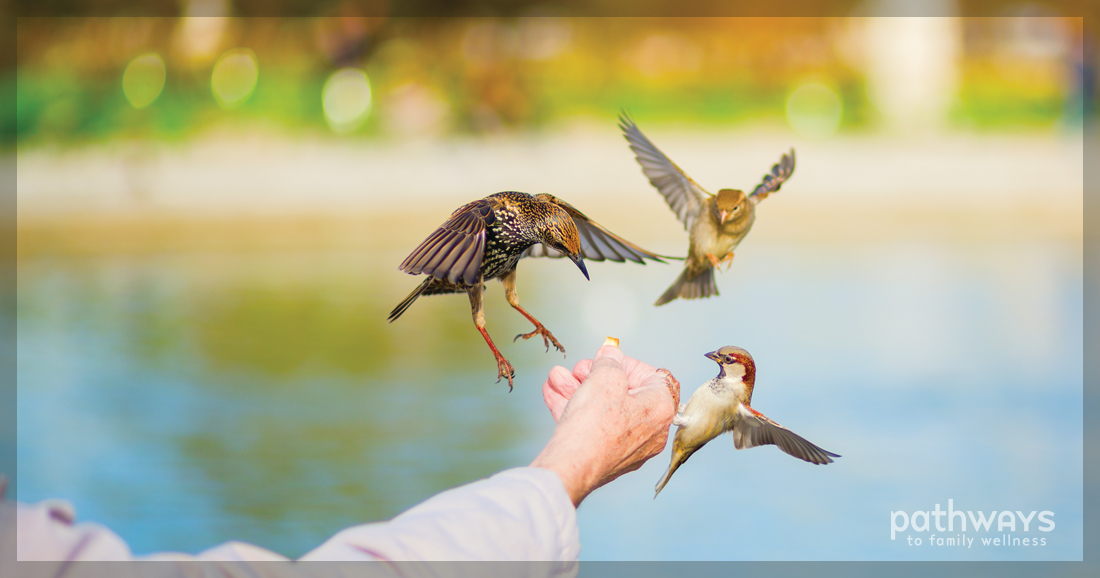 When I was 14 years old I embarked upon a reading program that included The Gulag Archipelago, A People’s History of the United States, 1984, Silent Spring, and a volume by Paul Ehrlich titled The Population Bomb. The latter was a Malthusian work predicting mass starvation in the 1980s unless impossibly drastic measures were adopted. Essentially, it predicted the end of the world as we know it. And after reading those other books, some part of me secretly hoped it were true.

Skip ahead a couple decades to the late ’90s. The world hadn’t ended yet, but there was still Y2K. The power grid and all that depends on it was going to come down on January 1, 2000.

Well, that date came and went too. Fortunately, new world-ending calamities continue to offer themselves: Peak Oil, for example, or a financial meltdown, or the collapse of the global conveyor belt system of ocean currents. People become obsessed with one or another of these potential crises and when it doesn’t come they feel somehow disappointed or even betrayed.

So why this longing for “the Big One”? Why evince such unmistakable relish for Peak Oil or financial collapse? A large part is the desire for a wake-up call that will shock people out of their complacency so they would see the error of their ways and devote themselves to the healing of the planet. Wouldn’t we abandon our consumerism, our militarism, or whatever other foolishness after such an event? Wouldn’t that shock be the long-awaited queue to transform the medical system, the educational system, the agricultural system, the political system, the economic system?

The longing for the Big One is a longing for transcendence. It comes from dissatisfaction with the less beautiful world that we have come to accept as normal. It intuits that life can be made far more magnificent through a transformation so fundamental as to remake the world itself. This longing is also our death wish. It will underlie the emergence of that great archetype called Revolution which seeks nothing less than the death of our old paradigm and the building of a civilization atop the shoulders of our own self-development.

It is abundantly obvious that we are headed toward this. The death of politics, finance, energy, education, healthcare and the ecosystem are nearing their course. Every year I wonder whether this might be the last “normal” year of our era and I despair, knowing that our best efforts to avert it are dwarfed by the forces driving us toward catastrophe.

But then I remember: On the other side of that despair rests this practical optimism. It says that this is not the end of the world. That it is only the end of the world as we know it. And that we are bound to a new kind of human beingness. But this optimism is not meant to hide the ugly facts of our world. Please do not think that optimism can only exist by denial of the true dimensions of the crisis.

I am fully aware of Peak Oil and our economic dependency on fossil fuels.

I am also aware of the impending health crisis: the epidemic rise of autoimmune diseases and the effect of heavy-metal, electromagnetic and chemical poisoning.

I am aware of the modern diet, the toxicity of pharmaceutical drugs, and the suppression of alternative therapies.

I have observed our schools turn into prisons, complete in some cases with barbed-wire barricades, metal detectors and chemical control over those who will not submit. I know of parents threatened with legal action for failing to medicate their children.

I am aware of the global financial Ponzi scheme, the political trend toward fascism, and the ubiquitous propaganda machine that’s so successful even its operators are unconscious that they are legitimizing a global power elite.

And I am aware that we can’t cleanse the system by removing a few bad apples—every important institution is complicit in this plunder.

It is not my purpose to persuade you that we indeed face a multitude of crises. Others have done so far more compellingly. Nor is it my aim to inspire you with hope that they may be averted. They cannot be, because the things that must happen to avert them will only happen as their consequence.

The foregoing doom-and-gloom scenario might seem familiar in tone if not in details, but consider that it may be not just The End but a Beginning as well—a birthing crisis that will propel us into a new age based on a different sense of self.

My optimism, then, is based on knowing that as our sense of self changes, the definition of “practical” and “possible” can and will change when we collectively hit bottom. When the above-mentioned crises converge, when we experience acutely and undeniably that the situation is out of control, when the failure of the old regime is utterly transparent, then solutions that appear hopelessly radical today will become matters of common sense.

Despite the inevitability of our gathering crises, the seemingly futile efforts of generations of activists to avert it are extremely important. If you are such a person, facing down despair to tackle impossibly huge problems, take heart that your work is not in vain. While it is true that no effort at renewable energy, wastewater recycling, local currency, wetlands preservation, or reform of any aspect of society is going to avert catastrophe, these efforts are sowing seeds for the planetary renewal.

Understand that security comes only through giving, opening, and being in a flux of relationships, not by taking more for self. True independence will come from interdependence and the survivors will not be those who try to insulate themselves in a fortress, but who are able to give, to help, and to contribute to a community. They will form the basis of a new kind of civilization.

All the technical solutions for living sustainably and harmoniously exist already, and indeed always have existed. What is required is a shift in consciousness to a conception of ourselves as individuals capable of reversing the widening separation and deepening misery of the past millennia.

The shift in consciousness I speak of is not predicated upon any sort of technological invention or regression. It will happen and evoke vast technological consequences that will proceed as a matter of course. Visionary people are pioneering these material and social technologies today in response to the increasing futility of the old modes of management and control. That their inventions are not adopted on a wide scale simply means that the requisite shift in consciousness has yet to manifest.

The mechanisms by which society suppresses these inventions all rest on the same delusion; that we are discrete and separate selves living in an objective universe of Other. This delusion manifests: 1) in economics as the externalization of costs; 2) in science as barriers to the acceptance of new understanding; 3) in medicine as the us-versus-them mentality that classifies other modalities as unscientific, 4) in politics, law and education as control.

The fact that the regime of separation appears to be reaching new heights does not mean that prospects for a more beautiful world are receding into the distance. Rather, like a wave rolling toward shore, the Age of Separation rears up to its maximum height even as it hollows out in the moment before it crashes. This crash is the inevitable culmination of the separation that began in the deep past from the very moment we began to see ourselves as apart from nature. Throughout history perceptive individuals have seen the writing on the wall. Long ago they saw the first stirrings of a gathering calamity written into who we are, and they couched their insights in the language of myth and metaphor.

For thousands of years people have been predicting the end of the world. The basic psychic energy behind these predictions comes from a real source. They are tapping into a true insight: The edifice of civilization has an irremediable structural flaw that dictates its eventual collapse. We are on a collision course with nature and with human nature.

For many people, the convergence of crises has already happened. The end of the old civilization manifested subjectively in their own lifetimes as they dropped out of the matrix. Some are still living today in the interstitial spaces of our society, nearly invisible, and neither money nor laws nor war is part of their experience. In various ways, they withdrew from the apparatus of the Machine.

When crises converge, life as usual no longer makes sense, opening the way for a rebirth, a spiritual transformation. Mystics throughout the ages have recognized that heaven is not some distant, separate realm located at the end of life, but rather is available always, interpenetrating ordinary existence. As Jesus said, “The Kingdom of the Father is in us and among us.” What is special about our age is that the fulfillment of processes of separation on the collective level are causing this personal convergence of crises and the subsequent awakening to a new sense of self.

The promise of a recovery to a long-lost Golden Age reverberates through us. The heart-chord it strikes has inspired visionaries and idealists from time immemorial. It fuels a healthy discontent that refuses to believe that this is the best we can do. It is an indignation that can’t be allayed any longer by comforts and luxuries, that won’t be subdued by survival anxiety. It is strongest in the young, and it lies latent in all of us, ready to be roused. It is my purpose, dear reader, to give voice to your indignation and to reaffirm your intuitive knowledge that life is meant to be more.

Today we already can catch a glimpse of the technologies and social forms as well as paradigms of material production of a future in love with life, which encompasses the love of being alive as well as the love of living beings. They are the technologies of the sun, soil and water, of bioenergy and the rhythms of light and sound, word and touch, mind and dreaming, matter and information. All of them arise from and embody a better understanding of ourselves and the world. Just as present-day social forms and technologies have sprung from and reinforce the misunderstanding of separation, 21st-century technology will be the effect of separation’s reversal to a very different understanding of the universe articulated on every level from psychology to cosmology. As our crises intensify we will be faced with new choices and new possibilities. Let us recognize the full ramifications and full power of the choices that will soon open up to us. 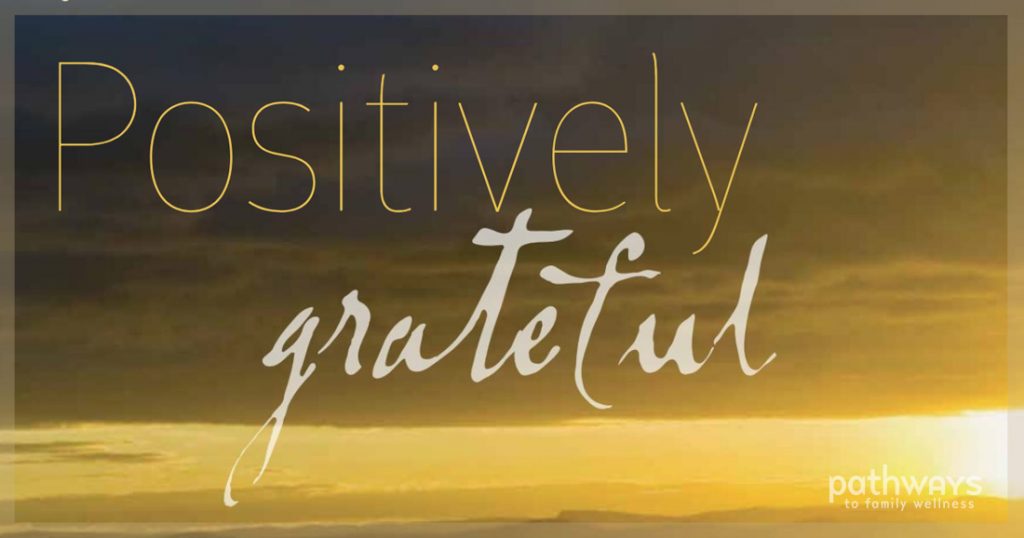 Positively Grateful: 3 Easy Tips For Maintaining A Loving And Positive State Of Being

By Monica CravottaTo consistently express the nurturing and attentive love that attachment parenting is all about is no easy task. It's...
Informed ChoiceIssue 64 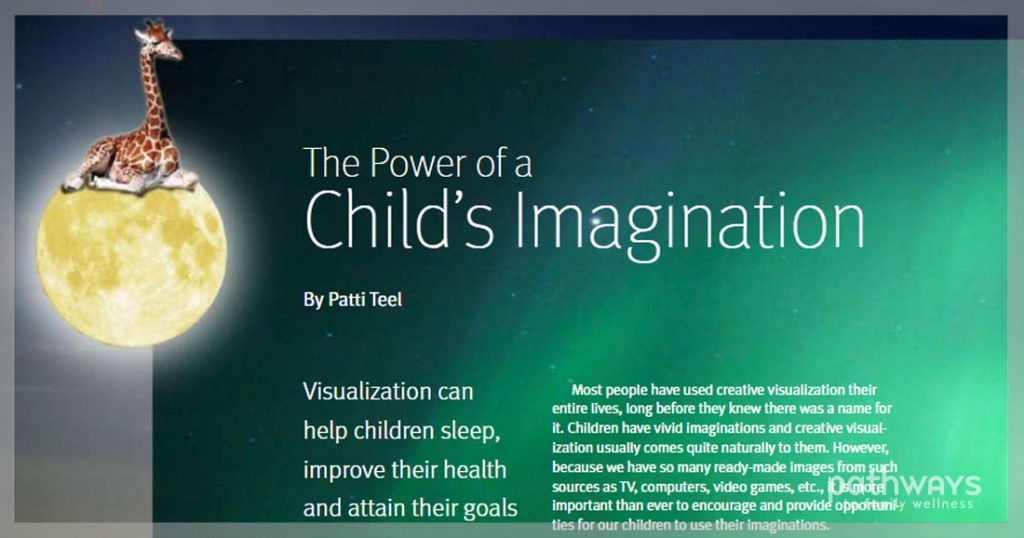 The Power Of A Child's Imagination

By Patti TeelVisualization can help children sleep, improve their health and attain their goals. Most people have used creative visualization their...