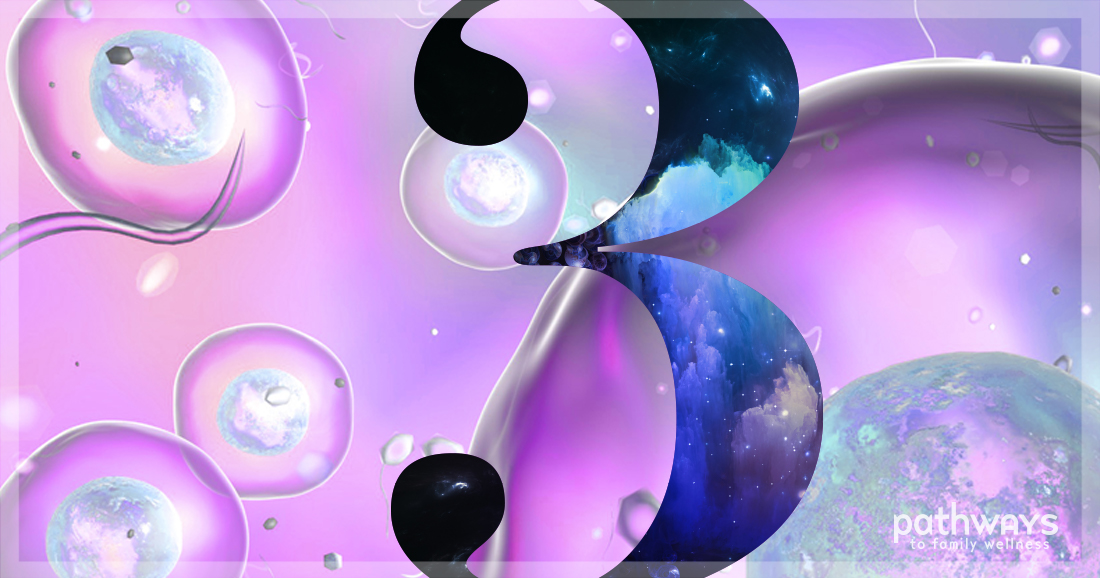 Anyone who has plumbed the depths of science, either through study, primary research, or experimentation, will reach the limitations of their belief in science as the be-all and endall. Beyond this ceiling is the sense of wonder that has been stripped from the soulless realm of modern biology. The amazing thing is that the past several decades have furnished a new kind of science. It’s a science of inquiry rather than utility. The conclusions of today’s abstracts seem to read, “Isn’t this amazing?” rather than, “Here is confirmation that this drug is necessary to manage our wayward biology.” In essence, it reflects a new story about the more purposeful station we occupy in the web of nature.

In this new story, we are not the result of several billion years of random mutations and survival of the fittest. Instead, we are adapting purposefully, as French naturalist Jean-Baptiste Lamarck once suggested—a notion to which even Charles Darwin acquiesced. This purposeful adaptation means that we are interacting with our environment in a co-creative dance with balances and micro/macro feedback loops to keep a certain meta-order intact.

During my medical training, I had one hour of nutrition education that essentially positioned food as caloric currency. Why would it matter if we were born with the diseases we would ultimately struggle with? In gene-based science, toxin exposure, rest, nutrition, and relationships are clearly window-dressing considerations.

With the completion of the mapping of the human genome, however, we learned that we have fewer protein-coding genes than an earthworm. This means that the genes we thought made us who we are, don’t. We had to go back to the drawing board. Where on earth does our seemingly infinite uniqueness come from? How are diseases manifesting, if not genetically? And so, a new science, epigenetics, was born.

Epigenetics encompasses all that is beyond the genes. Epi actually means “above,” and includes modulators, modifiers, and any influence on the expression of genes and even the possibility that nonhuman genes may play an expressive role in human physiology. It also refers to the portion of our genome (almost 99 percent) that was once pejoratively called “junk DNA,” and which Jeffrey Bland, Ph.D., has nicknamed “genetic dark matter.”

This reflects a more modern understanding that only about 1 percent of diseases are truly genetic in nature—that is, due to a congenitally inherited and irreversible gene defect—and that we may very well have misunderstood our interpretation of these genes’ functions. The rest of our diseases are a function of lifestyle. In other words, we create our experience and determine our destiny.

As we embrace our agency in our own bodily experience, we must embrace complexity and take off the blinders of our “one gene/one ill/one pill” model of thinking. As you open your mind to this shift into a more ecological type of medicine—a more collaborative, communal, and connected type of medicine—revel in what this more beautiful science is showing us about our need to let go of what we once believed. The previous understanding has served us, but its time has passed.

One extension of the dialectical “one cause/one problem” style of thinking is the rush to characterize microbes as pathogens (bad guys). We have done so for as long as we’ve sought to control and dominate nature. Pestilence and contagion have fit neatly into the lighthouse beam of fear that we sweep across our psychic terrain. But even Louis Pasteur, arguably the father of germ theory, reportedly said on his deathbed, “I was wrong. The microbe (germ) is nothing. The terrain (milieu) is everything.”

What is the terrain, though? The implication is that we are, in fact, an ecosystem, positioned within an ecosystem. When we pull one thread of the spider web, the entire thing moves.

With the revelation that microbes (including fungi, bacteria, viruses, and other types) live in and around us, we ceased to be human in the ways we had come to believe. We are not, in fact, humans trying to uphold and protect our humanity in a sea of invaders. We are a meta-organism, or holobiont—an assemblage of different species forming an ecological unit—interfacing with a greater whole, like a fractal repetition of a pattern.

As scientists seek to study the microbiome, primarily in the gut, we have learned that these bacteria have the capacity to perform some of our most vital human functions, some of which seem to be eerily custodial. Consider, for example, the fact that there are bacteria in our guts that have evolved to detoxify the chemicals used in the dry-cleaning process. How could they possibly have foreseen the need for this function? Then there’s the digestion, barrier protection, immune-signaling, hormone-balancing, and brain-controlling functions of the microbiome.

Seen through this lens, our tonsils and appendices are no longer vestigial, and the special role of a woman’s physiology is re-centered as the conduit through which this microbiome passes from mother to fetus. Even the primary energy production sites of our cells—mitochondria— are themselves ancient bacteria assimilated into the human organism over a billion years ago.

Because we know this, we cannot wage war against nature any longer. We must bring vaccines, antibiotics, hand sanitizers, and bleach under scrutiny. We will never win this battle, because it’s not a battle meant to be won. Nature will continue to remind us of this with the emergence of superbugs, pharmaceutical damage, and disturbed immunity.

The term dysbiosis, used by holistic and integrative practitioners to refer to gut imbalance, literally means “wrong living.” No doubt today’s struggles stem from a lack of connection to the natural world. It’s poetic justice that we are only able to heal our guts and right our relationship to the microbial world through food—nature’s gift, bounty, and language.

The nail in the coffin of the conventional understanding of health is a group of tiny bubble-like blobs, called exosomes, that influence gene expression. Amazingly similar to viruses in nature, structure, and possibly even function, exosomes are created and received by our bodily cells in order to direct, determine, and react to states of being.

Exosomes, measuring between 40 to 100 nanometers across, typically carry something called sequences of micro RNA (sometimes called miRNA), which are key regulators of gene expression and are naturally impacted by environmental factors, such as toxicants, nutrition, and lifestyle patterns.

In fact, seminal research has demonstrated that stable miRNA sequences are transferred from plants, including rice and ginger, into mammalian physiology, where they then serve to regulate gene expression. Once again, food is revealed as being so much more than calories and nutrients… it is information.

Researchers suggest that infant assessments of miRNA patterns may help to identify fetal brain injury from exposures to toxins such as mercury, aluminum, and medications so that healing protocols can be prioritized and initiated. In order to understand the “signatures” of different disease states, we must study them in their natural state, without pharmaceutical interventions, before we can differentiate between evidence of illness and evidence of medication effect. In their 2016 study of miRNA messages, authors Virginie Gillet, Darel John Hunting, and Larissa Takser state clearly that “one must control for the influence of psychotropic drugs on miRNA expression since several studies showed that lithium, haloperidol, or valproate induced changes of the miRNA profiles in the brain.”

This, of course, is why preventive medicine involves interfacing with the environment in a language that the body understands based on millions of years of co-evolution.

During my medical training, my instructors framed the placebo effect as a nuisance factor that needed to be controlled for. I now understand that the placebo effect doesn’t mean that you were fooled or tricked. Neither does it mean you’re gullible or making things up. It means that a complex physiologic cascade of events was kicked off by your experience of taking a pill with the promise of relief. This is rapidly being characterized as the most important driver of outcomes in everything from psychiatry to surgery.

My research on the placebo effect has helped me to understand that psychiatric medications, and specifically antidepressants, create more risk than benefit, and that I cannot achieve meaningful outcomes with patients who do not fundamentally believe that their bodies can heal.

How could it be that belief is this important?

Dr. Candace Pert, the pioneering researcher credited with the discovery of the opiate receptor, has debunked the Cartesian dualism that for hundreds of years has put the mind out of the realm of the body. She also challenged the notion that the mind is something that merely relates to the body. The mind, per her conclusions, is the body.

In fact, she used the term bodymind, and elucidated how neuropeptides travel around the body, encoding emotion in different tissues and organs. The shape of these peptides, or their conformation, further transmits information to recipient cells. All of a sudden, informational transfer takes on another dimension—vibration.

Another pioneer of cellular physiology, Bruce Lipton, Ph.D., was several decades ahead of his time in establishing the role of environment and belief in the body’s physiology. His work has decentralized the nucleus where the genes are housed and focused on the cell membrane as an informationprocessing interface with the environment.

Taken together, this research all seems to suggest that we are a product of our energetic experience in the context of a greater whole. Even physics is mirroring this; Rupert Sheldrake’s theory of morphic resonance suggests that collective experiences set a potential template for individual experiences in a type of memory transfer that has little to do with genes.

We are not random genes driving a purposeless life until we die.

It appears that human experience is not as it had been previously framed by philosopher Alan Watts—flesh robots on a dead rock in the middle of nowhere. When the human experience is reduced in this way, its most essential elements are denied—beauty, spirit, meaning.

In fact, human experience is the universe manifested at one point. It is the emergent properties of many, infinitely complex and interfacing systems. It is fundamentally sacred, larger than our will, and gently demanding of our humility.

This is known as the teleologic perspective—in which the purpose, rather than the cause, is the explanation of phenomena. I reflect on this when I consider how adaptable our bodies are in real time (within hours), and how we have not adapted fully to our lifestyles over the past 100 years. We live with total disregard for nature, each other, and our own bodily vessels, and we are sicker than we have ever been, from cradle to grave. It seems that we are not “meant” to adapt to this way of living, and we are reminded of this through the signals of illness. We are called back to the Continuum through our anxiety, depression, and illness to be reminded that we haven’t figured it out and that science is not, and cannot, be used merely as a tool for control. We are called back to remember that we are part of a physiologic web, and that consciousness is a gift. 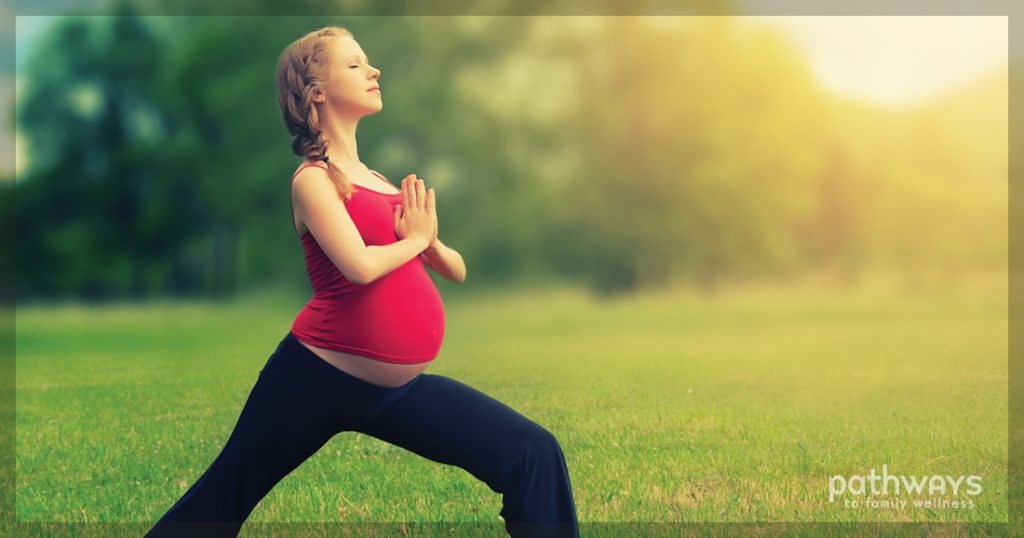 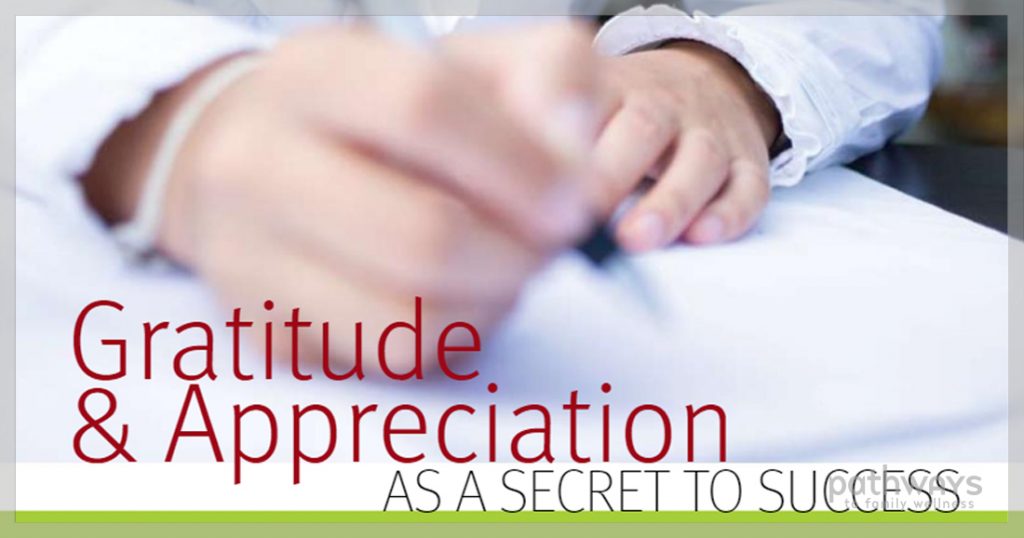 Gratitude & Appreciation As A Secret To Success

By Jack CanfieldThe best attitude you can possibly aspire to express year-round is one of gratitude and appreciation. Being truly grateful... 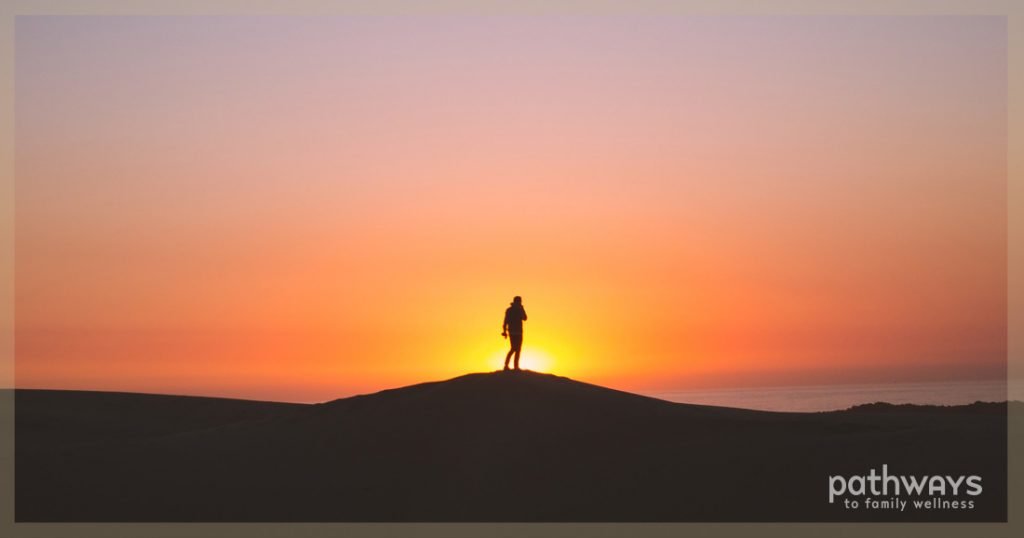 By Pathways MagazineRise with the sun to pray.Pray alone. Pray often. The Great Spirit will listen, if you only speak.Be tolerant...