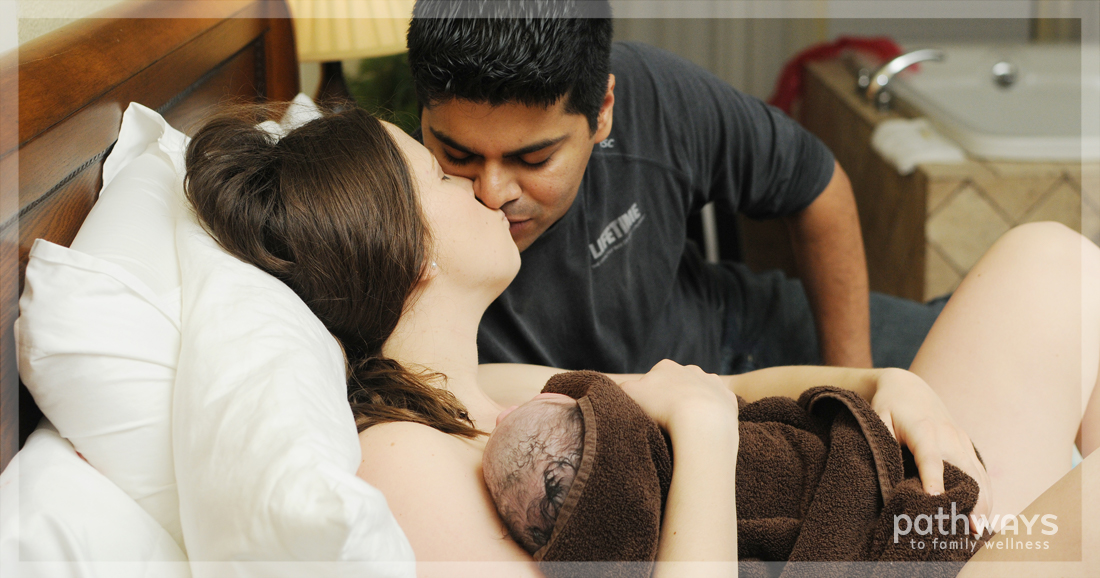 Changing fear, tension, and pain into faith, relaxation, and pleasure.

Giving birth in a culture that continually depicts labor as painful and dangerous is a feat in itself these days.

Everywhere we look, we see images of women screaming while giving birth, and masked doctors heroically saving the day. TV medical dramas abound with women being rushed into operating rooms for emergency C-sections, and sitcoms are notorious for showing laboring women bitching at their guilt-ridden husbands for making them endure the “trials of labor.” Nowhere is birth depicted as a pleasurable experience. No wonder most women fear it.

Some women, in fact, are so afraid of birth that they literally can’t conceive. I spoke with a doctor recently who told me that she was infertile. “My husband and I have had numerous tests and there is absolutely nothing wrong with us physically,” she said. “But I’ve always been terrified of giving birth. I’ve known since I was a child that I was never going to give birth. Do you think my fear has actually kept me from conceiving?”

I’ve spoken with other women who have been able to conceive, but have been unable to give birth vaginally. They, too, have wondered what role fear played in their experiences.

Still others have given birth vaginally but endured a great deal of pain. One woman said to me, “My sisters and I were all C-section babies. For me, it was a triumph just to give birth vaginally. Maybe next time I’ll be able to eliminate the pain.”

So, as much as some women may criticize me for saying that one way of giving birth is more desirable than another, and that there are goals to strive for in birth, I truly believe that there are. And the goal I’ve chosen to strive for is a painless, drug-free, medically unassisted home birth.

Red flags go up—even among unassisted birthers—when I talk about painless birth. Most women have pain in labor and they’re defensive if I say that birth doesn’t have to hurt. Some women feel that I’m “blaming” them for their pain, but that certainly isn’t my intention. Given the culture that most of us have been raised in, pain, unfortunately, is actually to be expected in most cases.

However, I don’t see birth as inherently painful, and I know there will come a time when labor will be enjoyed rather than endured. But before that can occur, there must be a change in the consciousness of humanity, and ultimately that change has to start with the individual.

If we truly wish to experience a painless birth, it helps to know a little about the nature of pain, including its function and cause. Pain is a sign telling us that something is wrong. It doesn’t happen indiscriminately. It only occurs when we’re doing something we shouldn’t be doing. The pain is a message telling us to stop.

In the case of a laboring woman, it is obviously not a message to stop laboring. What then, could the pain be telling us? According to natural childbirth advocate Grantly Dick- Read, author of the 1942 international bestseller Childbirth Without Fear, fear is the source of pain in labor. No other natural bodily function is painful, he writes, and childbirth should not be the exception.

When a person is afraid, the brain sends messages to the body telling it there is a danger that must be fought or run away from. Blood and oxygen are instantly sent into the muscle structure, enabling the frightened person to strike out or run. But the extra blood and oxygen must come from somewhere, so the body drains it from organs it considers nonessential for “flight or fight.” This is why people turn white when they’re afraid. The body knows that the arms and legs need that blood and oxygen more than the face does.

Unfortunately, the body considers the uterus a nonessential organ when it comes to flight-or-fight. Dick-Read described the uterus of a frightened woman in labor as literally white. It doesn’t have the fuel it needs, so it can’t function the way it was designed to, nor can waste products be properly carried away. Consequently, there is pain. To eliminate the pain, we must eliminate the fear.

Of course, sometimes that’s easier said than done. Fear runs deep in our culture and many of us could spend a lifetime (or two) purging ourselves of the fear we’ve developed. Even the most “enlightened” people have had childhoods that weren’t perfect. And even a child who is raised by fearless parents still has to live in a culture that is constantly emphasizing the “dangers” of being alive. I’m reminded of a statement made by the late Eric Sevareid. “The biggest big business in America,” he said “is not steel, automobiles, or television. It is the manufacture, refinement, and distribution of anxiety.”

And yet, eliminating fear is not impossible, for there is something that is much more powerful than the most all-consuming fear: faith. Faith is believing that all is well. Faith is knowing that we’re not alone in the universe. Faith is understanding that the consciousness that created us does not want us to suffer in birth or in life. Faith is trusting that our bodies were designed to give birth safely and painlessly. Faith is accepting the fact that we are the creators of our lives and our births.

Faith is not the opposite of reason. Having faith does not mean that we sit back and do nothing during our pregnancy. When we have faith, we understand the psychological origins for the majority of pain and problems women encounter in labor, and we do our best to face and conquer our fears. We don’t run to specialists for blood work or urine tests or vitamins, because we know that with good food (neither too much, nor too little), fresh air, exercise, and the proper beliefs, our babies will thrive.

Having faith is the first step toward eliminating the cycle of fear, tension, and pain that most women experience in labor. Faith leads to relaxation, and relaxation leads to pleasure.

There is no doubt that the energy of birth is powerful. But its power can be like the wind that scatters the seeds of the willow tree, or a sunrise that bathes the sky in a beautiful yellow light. This is my vision of birth. Someday, I know the rest of the world will share it with me. 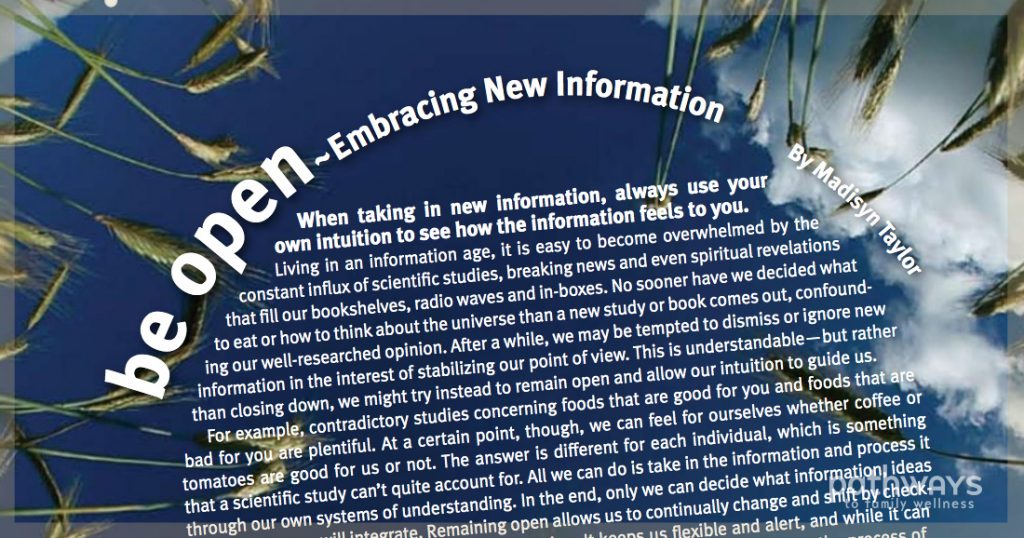 By Madisyn TaylorWhen taking in new information, always use your own intuition to see how the information feels to you. Living... 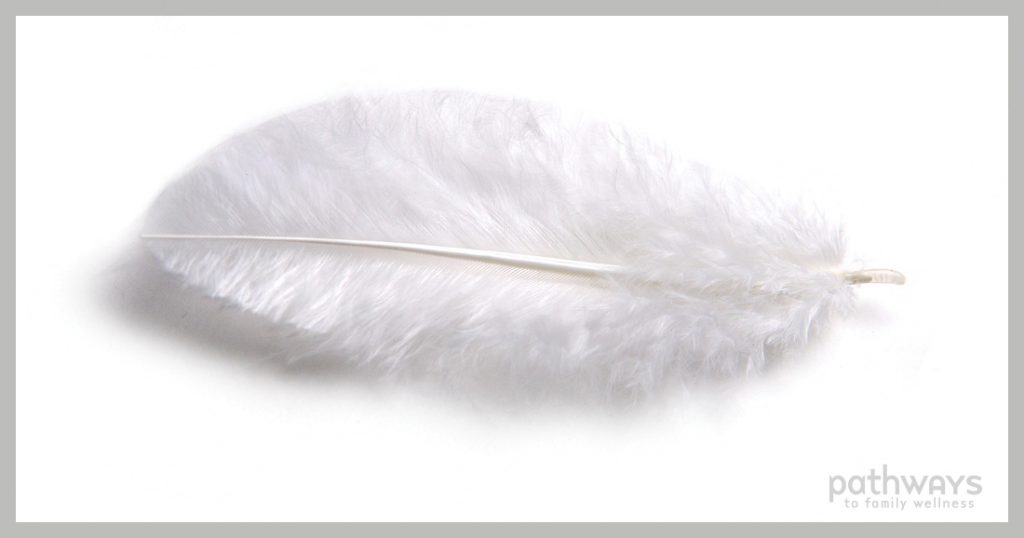 The Law Of Prayer

By John Demartini, DCFor centuries, mankind has lived with prayer. When most people think of prayer, they think of asking for help... 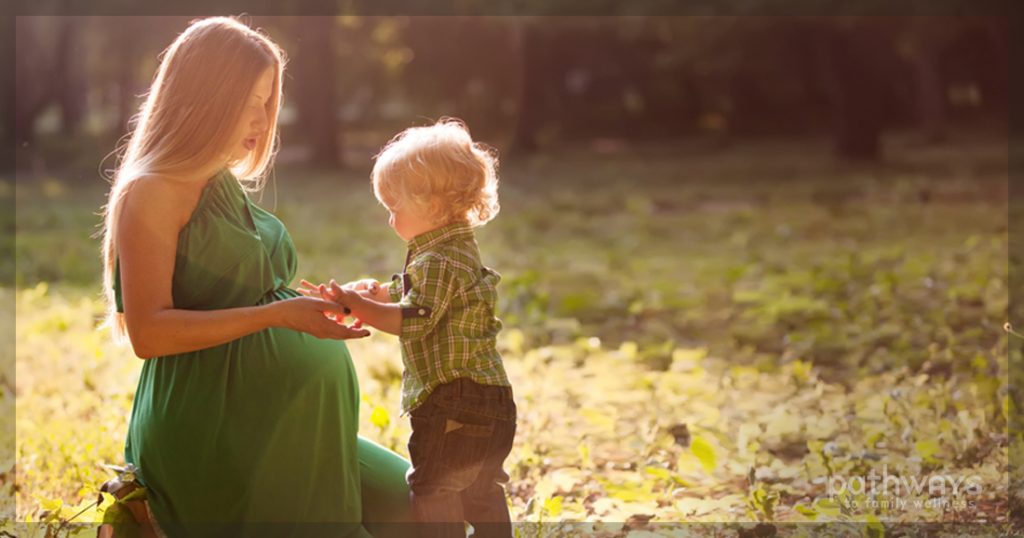 "Be Still, Mumma": Slowly Embracing The Stillness Of Motherhood

By Carla Wood, DCIt's lucky I chortle at irony. Motherhood is full of it; I have never loved so deeply nor have...