If School Were Causing Your Child’s Add/Adhd, Would You Remove Him? 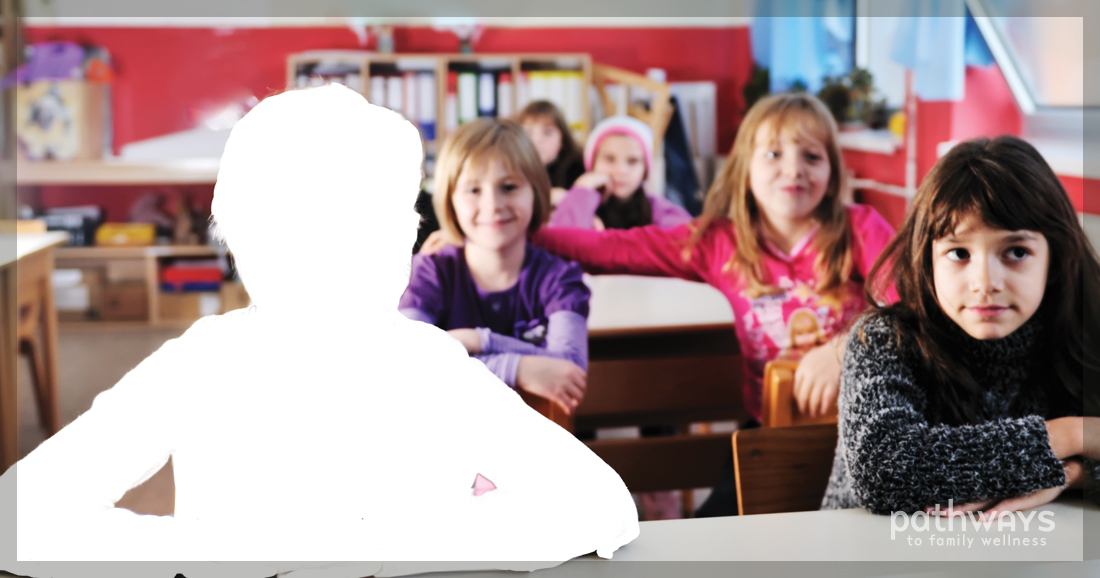 During a recent conversation with friends and family, the topic of ADHD/ADD came up. I shared my belief that it is not a disease that should result in people being drugged, but instead a personality type (like mine!) that should be honored. My friends and family looked at me, stunned. They wondered how an educator like me didn’t know better, as this epidemic was clearly documented as a disease. I then found out that a few of those among us had been drugged or had been responsible for drugging their children. They were offended by my words! Fortunately, I’m used to this.

For victims of the immoral pharmaceutical marketing campaigns, the school- and doctor-approved drugs were the treatment of choice. Since my partner is a pharma rep, I know the “doctor-approved” scam. These docs get paid a bundle by the pharmaceutical companies to promote their drugs to schools. I also know the schools’ view. When kids are drugged, their job is easier. Of course they want that. I asked my family if they had tried any of the 20 things I shared in my 2011 Fix the Schools, Not the Child guide (published through the Innovative Educator blog) before resorting to drugs. Nope! Why bother? Drugging the kid was working.

When I dug a little deeper into my family member’s story, I learned some interesting things. For instance, he didn’t like how the drugs made him feel at all. He said that if he hadn’t been forced to sit and listen all day, he likely wouldn’t have needed drugs. Once he graduated and had ownership of his days, and could think and create as he pleased, he was able to master his attention. The drugs were important in the unnatural world of school, he explained, because he had to fill out worksheets and read boring things for hours to prepare for tests—all purportedly to prepare him for a world that, ironically, never actually requires you to sit and cram for tests.

I asked my family, “What if you knew that removing yourself or your child from the traditional school setting would eliminate their need to be on drugs? Would you consider that?” They shook their heads, looking at me as though I had lost my mind and was proposing something ridiculous. I shared that I had actually written a guide for teens to opt out of school and find success, which could have been a better alternative for my drugged family members. This didn’t seem to be something they could get their heads around, so I let the conversation drop; their opinion of me as the black sheep who always promoted alternative life options remained. Some might

have agreed with me and wanted to know more, but they didn’t have the thick skin necessary to endure the attacks that result from my ideas.

If you are like those members of my family who won’t consider, or are afraid to consider, alternatives to drugging your ADHD-diagnosed child, then the rest of this article is not for you. But if you are interested in learning what parents found when they sought out alternatives to school and drugs for their children, read on.

Dr. Peter Gray explains that what I witnessed with my family was to be expected. As a culture, he says, we are so used to thinking of school as the normative environment for children that we rarely even think about the possibility of children learning and developing well outside of that environment. Dr. Gray has conducted the first known study concerning ADHD-diagnosed children’s abilities to learn, and to cope without drugs, outside of the conventional school environment. His findings should be shared with any parent who is considering the option of drugging their child.

Conclusion 2: The children’s behavior, moods and learning generally improved when they stopped conventional schooling—not because their ADHD characteristics vanished, but because they were now in a situation where they could learn to deal with those characteristics.

Conclusion 3: Many of these children seem to have a very high need for self-direction in education, and many “hyper-focus” on tasks that interest them.

If parents and educators knew that a change in environment could greatly reduce a child’s need to be medicated, would they choose this option, even though it’s less convenient? I’ve written and talked about this issue extensively, and have found that in most cases drugs are the first resort. Rather than discuss a change in environment, most adults will defend their choice to drug their children. They insist that they’re right, because what they are doing works. Doctors and teachers have told them they’re doing what is right, and so they have found their excuse to do what is most convenient. But what are they really doing? Rather than adapting to the child’s needs, they are drugging him so he can endure a difficult environment that does not honor who he is. In order to make things easier for everyone, they are stunting his potential. That said, there are some who have let down their defenses and listened to alternative options. I applaud these parents who at least try to consider alternatives.

I have heard few adults today speak out against the drugs they were forced to take. They were embarrassed, and they don’t want to put down parents who were trying to do their best. However, parents, if you don’t consider options, you might have your child grow up with thoughts like the ones below. A member of my Personal Learning Network shared these sentiments with me; I’m paraphrasing, but I think many parents can learn from them.

I wish my parents had been wise about dangers of ADHD meds. Maybe if they had, I wouldn’t have had all the problems that followed! Maybe if I had been lucky enough to be cared for by someone who understood me for who I was, I would not have been put on Ritalin (and eventually a dozen other drugs) and gone through all the problems including numerous suicide attempts and self-mutilation (cutting) episodes, and losing most of high school as a result. My life today might have been radically different, and better!

If alternatives had been considered for me, maybe I wouldn’t have had so many problems, and become an adult living on disability income.

Parents and teachers, please think twice about taking the easy way out and drugging children. If you consider the alternatives, you may be the one that saves the children of our future from a life’s worth of pain and suffering from the things the pharma companies only mention in tiny print. 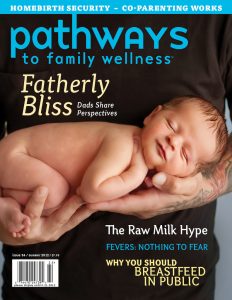 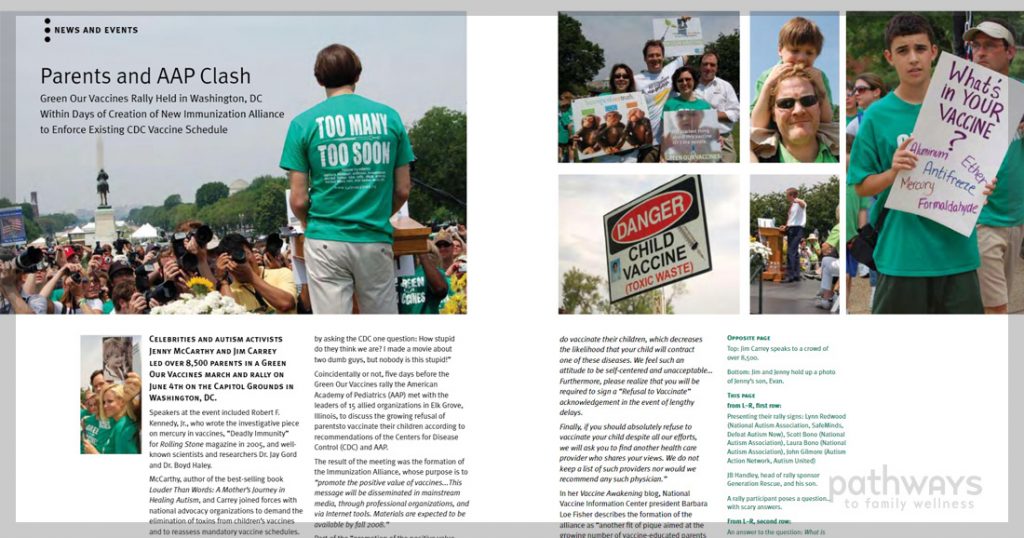 By Pathways MagazineGreen Our Vaccines Rally Held in Washington, DC Within Days of Creation of New Immunization Alliance to Enforce Existing... 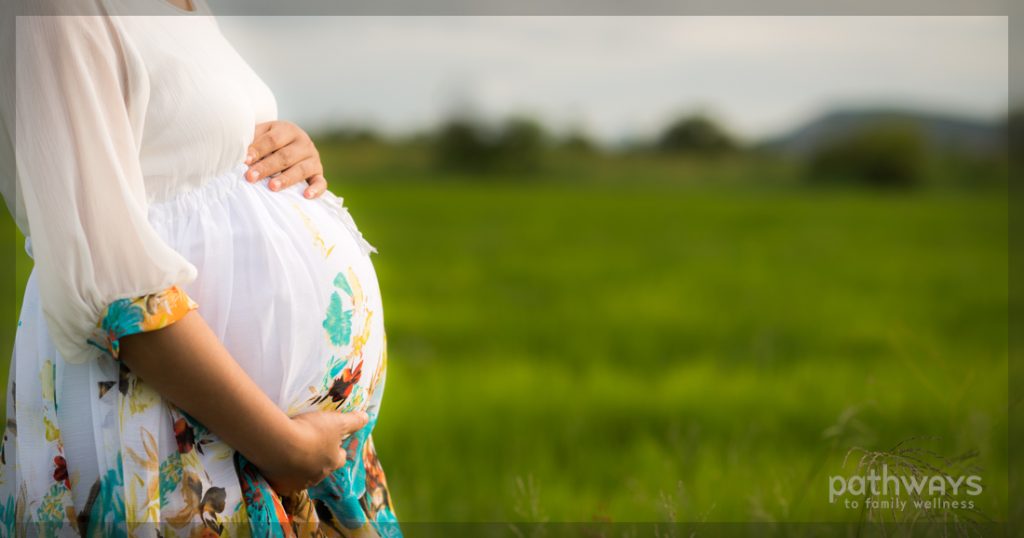 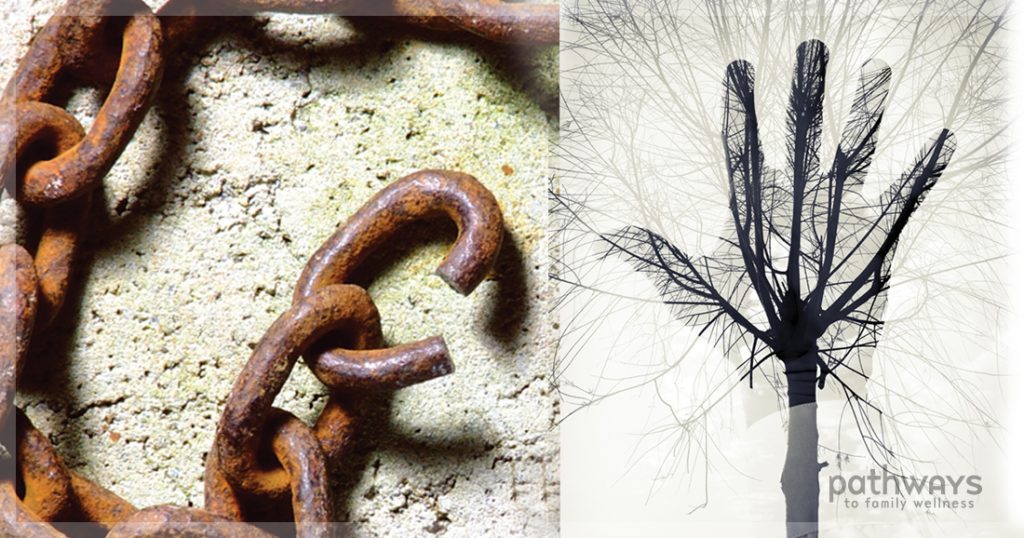 By Charles EisensteinI recently attended a ceremony at the Tamera village in Portugal in which the officiant invoked "the healing of...