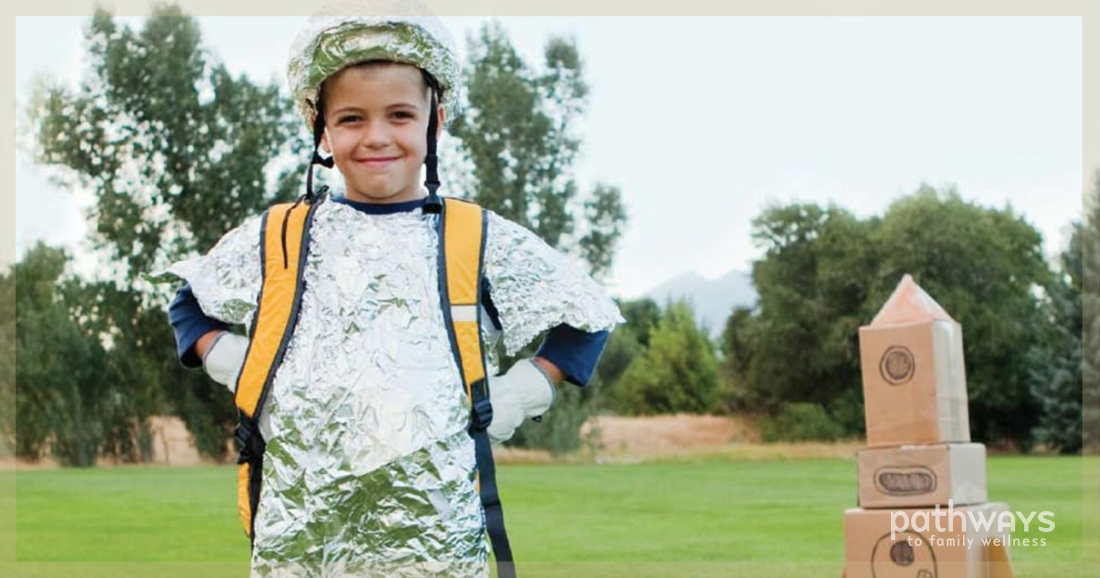 It’s back-to-school time. As children get back into the routine of learning after the free-floating days of summer, what can parents do to create an environment that will allow their children to flourish and grow to their fullest potential?

According to a 2003 study conducted by the Centers for Disease Control, 4.5 million children ages 4–17 in the United States have ADHD (attention deficit/hyperactivity disorder) and 56 percent of them are taking some kind of medication. In addition, a 2006 study showed that 1 out of every 110 children is diagnosed with an ASD (autism spectrum disorder); the number is up from 1 in 150 in 2002. While it is yet unknown precisely what roles genetics and environment play, there are many environmental influences that can be controlled to help alleviate the symptoms of these disorders. This attention to environment not only benefits parents of affected children, but also serves to create a healthy, nurturing environment for the entire family.

Fuel for the Brain

In order to nurture the developing brain, two components are essential: fuel and activation. Food is the fuel that powers the brain so that it can function. In addition to the nutrients we ingest through our diets, we also need oxygen and supplementation to support our body’s ability to assimilate the fuel.

To begin with, it is essential to eat a good breakfast, rightly considered the most important meal of the day. The body uses glucose for energy; excess glucose is stored in the liver as glycogen, which can be released as needed. When a person skips breakfast after fasting all night during sleep, glycogen stores are depleted by mid-morning. Children who don’t eat a good breakfast simply lack fuel to power their brains. A 1998 study published in Archives of Pediatrics & Adolescent Medicine showed that children who ate breakfast regularly had better reading and math scores; lower levels of depression, anxiety and hyperactivity; better school attendance; improved attention spans; and fewer behavior problems. The type of breakfast eaten is equally important. A high-protein breakfast is preferable to a breakfast high in carbohydrates, and generates improved performance in all areas.

Eat organic as much as possible, including lots of fruits and vegetables, whole grains and good protein. A new study published in Pediatrics reveals that around 94 percent of the 1,100 children tested had residue of organophosphate compounds, a class of pesticides. The most common route of organophosphate pesticide exposure in children is through eating foods that have a high pesticide residue. You can check out a list of the foods with the most pesticide residue at ewg.org.

In a representative sample of U.S. children, those with higher levels of organophosphate pesticide metabolites in their urine were more likely to have ADHD than children with lower levels. Each tenfold increase in urinary concentration of these metabolites was associated with a 55 to 72 percent increase in the odds of ADHD. The study suggests that exposure to organophosphate compounds in developing children might have effects on neural systems, and could contribute to behaviors such as inattention, hyperactivity and impulsivity.

Greening your environment will decrease toxic load to the brain and maximize your family’s oxygen intake. Do not use industrial or heavily scented cleaning supplies. The blood-brain barrier is delicate in the developing brain, and it is compromised in children with ADD (attention deficit disorder) and ADHD, as well as in children with ASD. Do not use scented candles or air fresheners. Limit your use of perfume, since 95 percent of the chemicals used in them are made from petroleum. Use organic fertilizers in your garden. Do not spray trees. We may not have control of public environments, but we can control our own homes.

Besides fuel, the developing brain also needs activation. Activation is any stimulation that elicits a response from the brain. All sensory stimulation, including light, touch, smell, taste and sound, activates the brain. It is important to be discriminating in our choices of stimulation for our children. We must create a consistent, calm environment in our homes. During the school year, design a comfortable schedule for your children. Consistent bedtimes, times for homework and family meals together are all important. At bedtime, turn off televisions and computers so that the light does not interrupt sleep.

In addition to the qualitative changes that occur naturally as the brain develops, social interaction is key to learning. Several studies show its importance in the area of language acquisition.

Patricia Kuhl, a neuroscientist at the University of Washington and a leading researcher in the field of language acquisition, presented 9-month-old American babies with an unfamiliar language: Mandarin Chinese. In one experiment, babies were allowed to interact in person with a Mandarin speaker. After 12 sessions, these babies showed an enhanced ability to discriminate certain speech sounds that are common in the Mandarin language. But when the experiment was repeated with another set of infants who watched televised language tutors, the results were different. The babies exposed to Mandarin via TV were no more likely than infants in the control group to discriminate Mandarin speech sounds.

In another recent study, young children under four years were fitted with recording devices allowing researchers to objectively measure how much adult conversation and television each child experienced. Researchers discovered that social talk— one-on-one and back-and-forth conversation between adults and their children—was linked to better language development. The more babies and toddlers were included in adult conversation, the more quickly their language skills improved.

A Balanced Brain Most people have a dominant side of the brain, but in children on the autism spectrum or those having ADD or ADHD, that dominance may be pronounced and create an imbalance, resulting in poor motor, language and social skills. However, the brain has the unique ability to reorganize itself by forming new neural connections in response to the environment. This “neuroplasticity” forms the basis for the specialized profession of chiropractic neurology, an advanced branch of chiropractic that takes a holistic, brain-based approach to neurological disorders. Just as M.D.s have specialized practices, so too may chiropractors choose advanced areas of specialty, such as orthopedics, radiology, pediatrics and neurology.

Medications for attention disorders control symptoms without getting to the underlying causes. Chiropractic neurology adheres to a drug-free approach, working with the whole individual in the understanding that balancing brain function restores neurological health.

In my practice, I do an examination to see which hemisphere of the brain has a deficit, and then design a treatment plan to stimulate and activate the weaker side. This may include specific light and sound stimulation, exercises to refine motor skills and balance, music and gentle chiropractic adjustments to bolster the weaker neural pathways. The goal is to create new connections in the under-functioning hemisphere, which will then create a balance in the brain.

Neurological studies recognize that a more developed motor system leads to a more developed mental system. Encourage your children to play outdoors. Riding bicycles, playing hopscotch, jumping rope and doing the Hokey Pokey are better than plopping down in front of the television or playing video games for hours at a time. Encourage involvement in art and music as well as sports.

Be your child’s best advocate. Question authority. At a time when the revolving door between lobbyists, corporations and governmental agencies is at an all-time high, it is important not to take everything we are told at face value. Medications and vaccinations are not necessarily safe because the FDA tells us so. There is much profit to be made on these commodities, and often our children are used as guinea pigs to serve the bottom line. Be informed not just by mainstream publications or commercial television. Be voracious in your desire to know and advocate for your children. A growing number of parents are saying no to medications and vaccinations.

Finally, parents are their children’s first and best teachers. Interact with your children, and show them how much you enjoy their learning and activities. Give them positive reinforcement and reflect back to them what remarkable beings they are. We can all benefit from what they have to teach us. 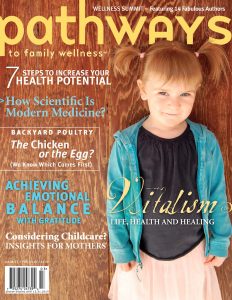 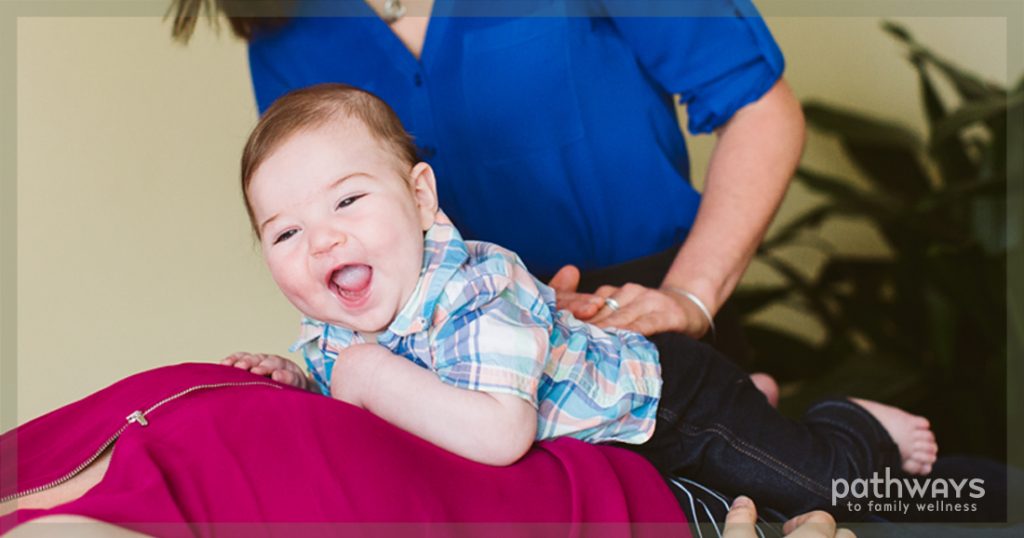 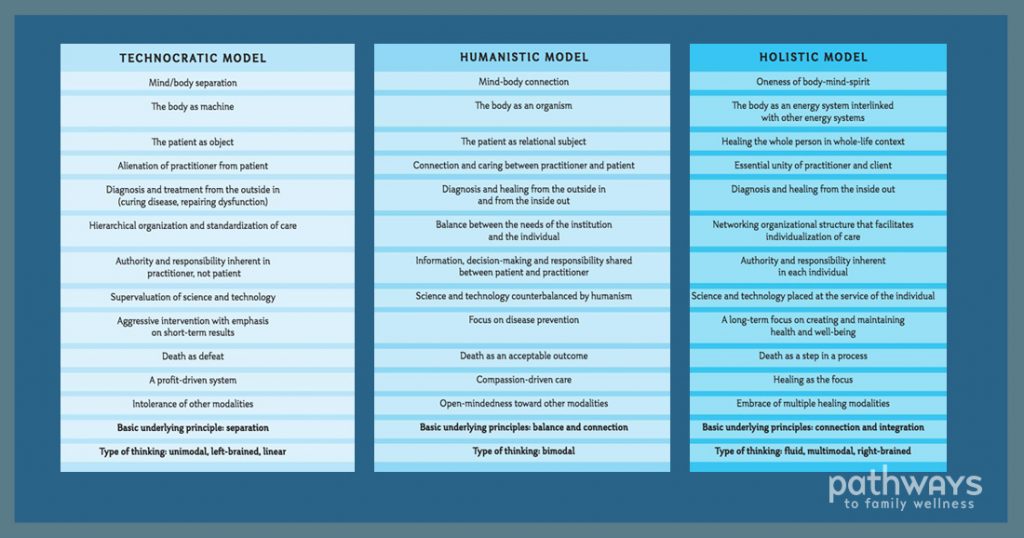 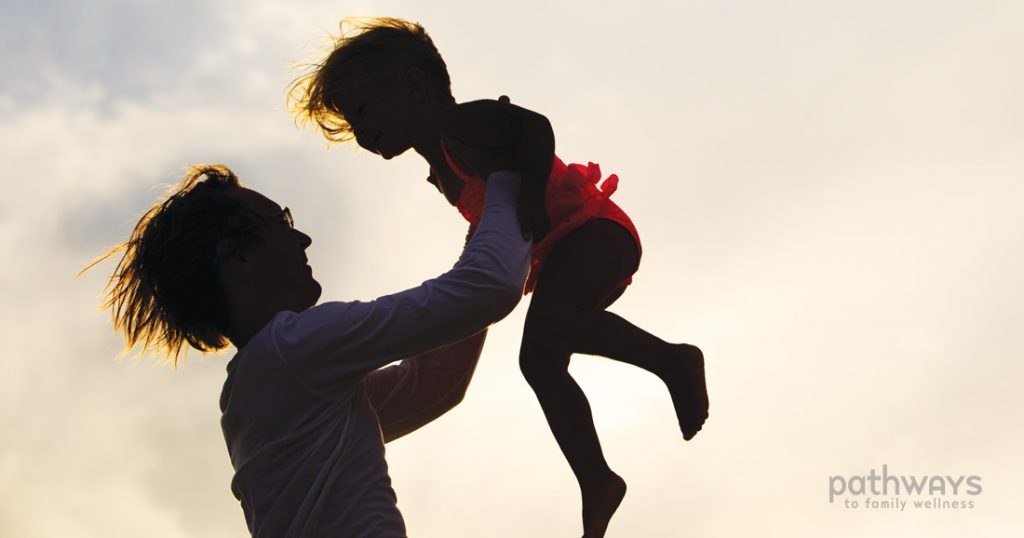 By Chad Schleiger, D.C.Chiropractic Is The Purest, Unadulterated Form of Healthcare As chiropractors, we put nothing in and take nothing out. We...