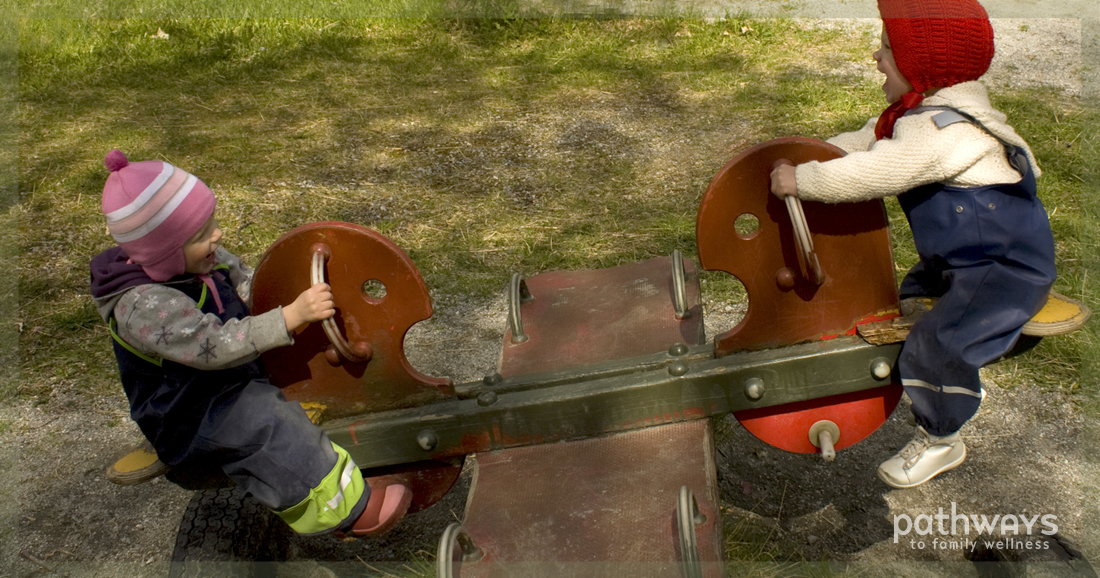 In order to use vaccinations wisely, we need to understand exactly how they work. Vaccines are designed to cause an increase in antibody levels (titers) against a specific bacterium or virus, thus preventing illness from that bacterium or virus. But exactly how does a vaccine prevent its human recipient from manifesting the specific illness the vaccine has been designed to prevent?

The immune system is composed of two functional branches that may work together in either a cooperative way or in an antagonistic way, depending on the health of the individual. In this article I will use the older, original names for these two branches, the humoral and the cellular branches.

The humoral immune function (or, approximately, the Th2 function), primarily produces antibodies in the blood circulation as a sensing or recognizing function of the immune system to the presence of foreign antigens in the body. An antigen is any substance which, upon entering the body, is unable to be integrated into the body’s inner environment.

The great Renaissance physician Paracelsus famously said that every substance, including our usual food and drink, that enters us acts as a poison which we must digest and transform in order to make it compatible with our inner environment. Thus, the task of our digestive system is to process all our food and drink to be compatible with our individual human ecosystem, and to remove all foreignness— i.e. all antigenicity—from everything entering our body. Any entering substance which our digestive system fails to divest of its foreign antigenicity then becomes a target for our immune system to challenge. Our immune system is really like a backup digestive system that extends throughout our body in our blood. The task of the humoral branch is to create specific antibodies which “tag,” and to some extent neutralize, specific foreign antigens within us as a preliminary step to the more thorough processing of foreign antigens by the cellular branch.

The cellular, or cell-mediated, immune system (or, approximately, the Th1 function) primarily destroys, digests, and expels foreign antigens from the body using cells found in the thymus, tonsils, adenoids, spleen, lymph nodes, and lymph system. This process of destroying, digesting, and discharging foreign antigens is known as the acute inflammatory response and is accompanied by the classic signs of inflammation—fever, pain, malaise, skin rash, diarrhea, and discharge of mucus or pus. These symptoms tell us that our immune system is working to expel foreign matter from our body.

These two functional branches of the immune system may be compared to the two functions in eating—tasting and recognizing the food on the one hand, and digesting the food and eliminating the food waste on the other. In the same way, the humoral, antibody-producing branch of the immune system tastes, recognizes, and remembers foreign antigens, and the cellular branch digests and eliminates the foreign antigens from the body. But just as too much repeated tasting of food will ruin the appetite, so also too much repeated stimulation of the “tasting” humoral immune system by an antigen will inhibit and suppress the digesting and eliminating function of the cellular immune system. In other words, overstimulating antibody production through repeated exposure to many different antigens can suppress the acute inflammatory response of the cellular immune system. This happens in many AIDS patients, for example.

This becomes clearer if we imagine the immune system to be like a seesaw. At one end is antibody production. At the other end is the acute inflammatory response of the cellular immune system. In a healthy person the seesaw freely swings to the cellular side when the organism needs to destroy, digest, and discharge a particular infection.

When this has been accomplished, then the beam swings back to the humoral side to produce antibodies, which then help to shut down the acute inflammatory response before exhaustion sets in, so the ill person can begin recuperating. That is why antibodies become detectable in the blood only after an acute illness, and not in its early stages. A vaccination is like a straitjacket for the immune system, because it holds the seesaw permanently (or until it wears off) on the humoral side in maintaining a certain level of antibodies. This “prevents” the illness, because it prevents our own cellular immune system from reacting to the virus or bacterium associated with that particular illness.

This explains the polar opposite relationship between acute discharging inflammations on the one hand and allergies and autoimmune inflammations on the other hand. The more a person has of one, the less he or she will have of the other. A growing number of scientists believe that the large increase in allergic and autoimmune diseases (which stimulate the humoral branch of the immune system) throughout America, Europe, Australia, and Japan, is caused by the lack of stimulation of the cellular branch due to the lack of acute inflammatory illnesses and discharges in childhood. We need to identify what causes this shift in the function of the immune system causing allergies and autoimmune diseases in childhood to increase. Two of the most obvious factors are the overuse of vaccines and antibiotics.

It is not difficult to see, then, why the repeated use of vaccinations would tend to shift the functional balance of the immune system toward the antibody-producing side and away from the acute inflammatory discharging side. This has been confirmed by observation, especially in the case of Gulf War illness: The multiple, highly stimulating vaccinations received by most soldiers caused a shift in their immune function from the Th1 side (acute inflammatory discharging response) to the Th2 side (chronic auto-immune or allergic response), and made them chronically ill.

The outcome of this line of thought is that, contrary to previous belief, vaccinations do not strengthen or boost the whole immune system. Instead, vaccinations, with their aluminum or other adjuvants, overstimulate the tasting and remembering function of the antibody-mediated branch of the immune system, which simultaneously suppresses the cellular immune system, thus preventing the usual appearance of the disease the vaccine was designed to prevent. If our cellular immune system is unable to react, there’s no manifest acute disease, but instead there is an increased tendency toward allergic and autoimmune conditions.

In reality, what is prevented is not the disease, but our immune systems’ ability to respond to it. A vaccine does not prevent a disease germ from entering our body; it hinders our immune system from creating a strong and sometimes dangerous acute inflammatory reaction to the germ. But the germ does not disappear, it goes underground and lingers in the body. Since our cellular immune system has been prevented by the vaccine from reacting acutely, it instead reacts chronically, causing allergic and autoimmune conditions; these conditions have increased steadily in children (and adults) as the number of vaccines in use has increased.

There is no human system, from the mind to the muscles to the immune system, that gets stronger by avoiding challenges; we improve only by overcoming challenges. The wise use of vaccinations would be to use them selectively, and not on a mass scale. In order for vaccinations to be helpful and not harmful, we must know beforehand in each individual to be vaccinated whether the cellular function or the humoral function of the immune system predominates.

In individuals in whom the cellular function predominates, causing many acute inflammations because the cellular immune system is over-reactive, a vaccination could have a balancing effect on the immune system and be helpful. In individuals in whom the humoral function predominates, causing few acute inflammations but rather the tendency to chronic allergic or autoimmune inflammations, a vaccination would cause the humoral function to predominate even more, aggravating the imbalance of the immune system and harming that person’s health. This is what is happening to our children today.

The current use of vaccinations in medicine is essentially a shotgun approach that ignores differences among individuals. With such an approach some individuals may be helped and others may be harmed. If medicine is to evolve in a healthy direction, we must learn to understand the particular characteristics of each individual and we must learn how to individualize our treatments to be able to heal each unique human being in our care.

Vaccinations are usually effective in preventing an individual from manifesting a particular illness, but they do not improve that person’s overall strength or the health of the immune system. Instead, vaccinations modify the reactivity of the immune system, decreasing acute discharging inflammatory reactions and increasing the tendency toward chronic allergic and auto-immune reactions.

Side effects of vaccination are usually allergic or autoimmune inflammatory reactions caused by the shift of the immune system’s reactivity from the cellular side to the humoral, antibody-producing side. Modern medicine is just beginning to recognize this. Modern medicine has not scientifically measured the risk/benefit ratio of any vaccine. Research into the risks of vaccines is very inadequate, according to two comprehensive reports on vaccines by the U.S. Institute of Medicine in 1991 and 1994.

It is important to remember that an infection with a particular virus or bacterium does not necessarily cause illness unless the resistance of the individual is low. (See my article “Not a Battle, but a Housecleaning” in Pathways, Issue 6.)

Individuals living in poor conditions, with poor hygiene, nutrition, and education, are at higher risk of serious illnesses from any infection.

The world’s leading expert on autoimmunity, Israeli physician Yehuda Shoenfeld, published a groundbreaking article in the Journal of Autoimmunology in 2011 that established that vaccine adjuvants cause a wide variety of autoimmune conditions grouped under the heading of the ASIA syndrome— an acronym meaning Autoimmune Syndrome Induced by (vaccine) Adjuvants. In 2015, Dr. Shoenfeld published an academic textbook, Vaccines and Autoimmunity, that includes 37 medical research articles from research teams in medical centers in several different countries, all linking vaccines to many different autoimmune diseases.

This should be front-page news. Instead, our mainstream media has been silent about these developments, which directly affect the vitally important issue of our children’s health. 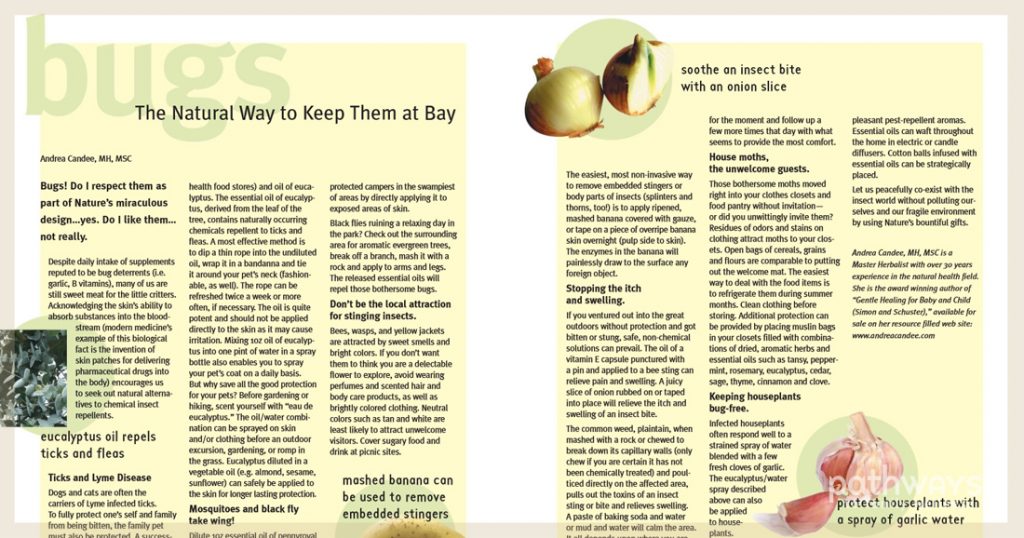 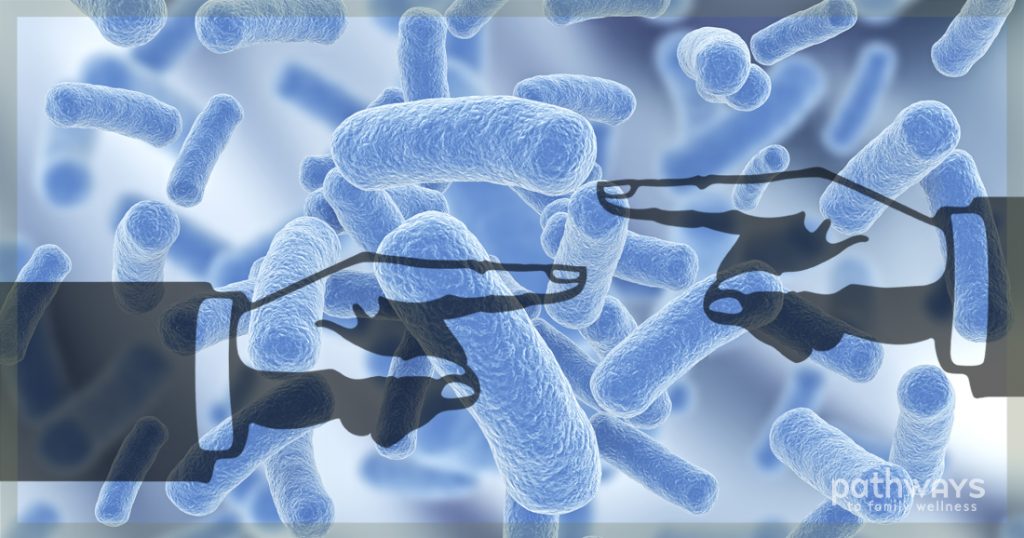 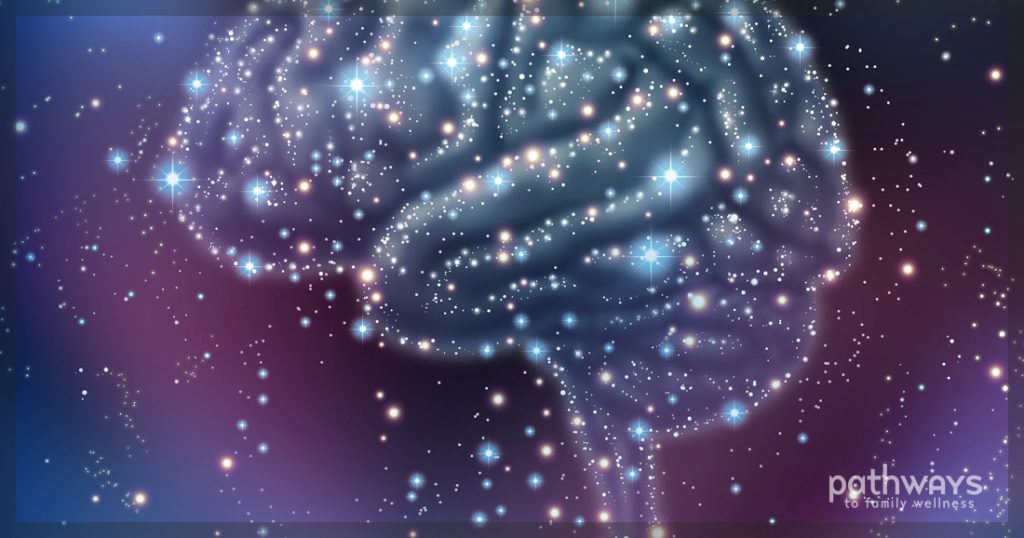 By Kelly Brogan, MDWe have long been told that "low levels" of serotonin in the brain equal bad and sad, and we...