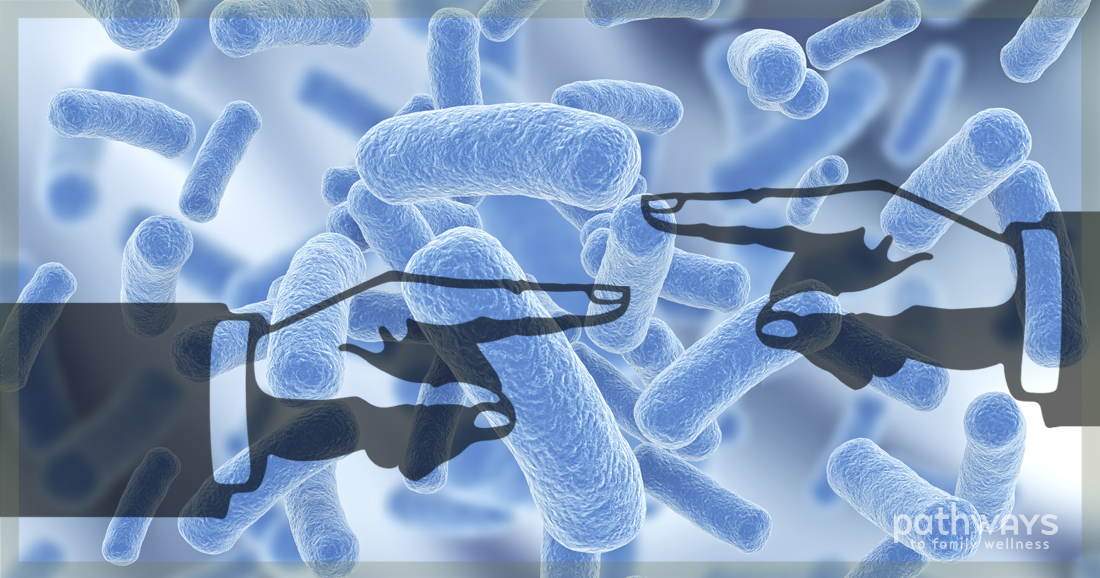 Have you ever experienced real fear? Most of us have tasted moments of panic at some time in our lives, even if it was only the first wobbling solo effort on a bicycle or canter on a horse. For others it may have been the first terrifying public speech or careening down a 30-degree slope for the first time on skis without having a real idea of how to stop.

These are all fears that fade with familiarity: As we gain confidence and experience there is no longer the same sense of trepidation. But there is another type of fear that is more insidious. It is instilled in us from an early age and conditions our minds and the way we conduct our lives for years to come. It is a fear that has created multi-million-dollar industries and the use of vast public and private resources to combat the perceived danger.

And what is it that has the power to disrupt our lives to such a degree, the potential to make intelligent men and women lose their objectivity and reason? It is something we cannot even see with the naked eye—microbes, bacteria, viruses—the “bugs” we blame for every minor ailment or affliction that besets us.

People say “I have a tummy bug” when they have indigestion, or a cough or cold is attributed to “a virus.” It not only passes the responsibility for their predicament to an invisible and malicious force, but it makes them a victim of circumstances beyond their control and creates the notion that they have only to kill off the unfortunate microbial scapegoat for all to be well. It has created a great misconception that has prevailed for well over 100 years: that health is synonymous with hygiene.

The Sanitization of Life

From our earliest years hygiene is instilled in us: We must wash our hands, clean our teeth, use only our own towels. Millions of pounds are made by manufacturers of chemicals and detergents to kill all possible germs and sterilize our lives. We pour precious resources into the sanitization of our society. Sterility has become synonymous with purity, and cleanliness close to so much more than godliness. How else can we explain the universal preference for “whiter than white,” which has followed the missionaries into the remotest corners of the earth?

I’m not suggesting that hygiene and cleanliness are unnecessary. They have brought enormous benefits to mankind. We know, for example, that better conditions in childbirth have reduced infant mortality and, thereby, raised the average life expectancy. Many contagious illnesses have been controlled and a better quality of life is enjoyed by people as a result of the practice of asepsis in many spheres of life. The problem is that the whole notion of hygiene being health has left us with the wrong priorities; we seem to have forgotten that health is not simply the absence of disease.

The error of equating sterility with health goes back to the time when people were searching for an explanation of disease. Doctors had long recognized that poor sanitation and poverty were equated with illness. Water in the river Thames was believed to harbor all manner of evils.

Fundamental Flaws in the Germ Theory

In the late 19th century, Louis Pasteur came up with a plausible explanation of disease: Germs were responsible for the symptoms of disease, and, by implication, their eradication would effect a return to normal health. This seemed such a logical explanation for many of the ailments that afflicted man and animals that it soon became accepted as a universal truth. Any other theories of disease causation were eclipsed, and the germ theory became a sort of dogma in the manger. Pasteur’s fame (and the fortunes of many manufacturers of antiseptics and antibiotics for a century) was based on some largely false assumptions. These were:

With the exception of the first assumption (which is largely correct), these have since been proven false, but they have not stopped the momentum of the pharmaceutical industries which have based their main products on the eradication of microbes.

In fact, modern bacteriologists recognize that, in spite of asepsis and what Professor Rene Dubos in his 1965 book Man Adapting called “the euphoria of modern medicine over infectious disease,” mortality and morbidity rates have not changed appreciably since Pasteur’s day. In fact so overchemicalized have our bodies become that new and more virulent strains of bacteria, such as MRSA, have appeared, posing a real threat to patients in many of our hospitals.

From time to time, the media carry warnings of impending epidemics of flu—caused, it is believed, by new viral strains from the Far East, transmitted by birds, or from tropical zones, transmitted by mosquitoes. The pharmaceutical industry endeavors to provide new vaccines to prevent contagion, but there is always concern that there will not be enough to go around. In any case, they simply weaken the immune system, making people more vulnerable to other microbes.

The outlook is not as gloomy as it might appear, however. We don’t need to be afraid of illness and disease. We are not the inevitable victims of vicious external pathogens waiting to strike us down at every grubby corner we may frequent. Our health is sustained by the dynamic interplay of our emotions (the way we think, act, and feel); our structure (our posture and the physical condition in which we maintain our bodies); and our biochemistry (the way we use food and other nourishment to maintain our function). These are largely under our personal control. If we become unwell it is usually the result of the breakdown of this balance, and the bacteria and viruses which proliferate are a secondary consequence of that breakdown. They may, in fact, have a vital function to perform in bringing things back to normal—for example, by scavenging and cleaning up unhealthy tissue.

So the next time you feel ill, don’t blame the bugs! Try instead to see where things may have gone wrong with your internal balancing process. Find the real cause of the disorder and see if you can, in some way, start correcting it. Seek ways to strengthen and sustain your own resilience and immunity. As you learn to do so, you will begin to respect and understand the wonderful self-regulatory powers of your own body and mind.

Above all, you will gain a confidence that can eradicate the leading cause of disease, which is fear itself. 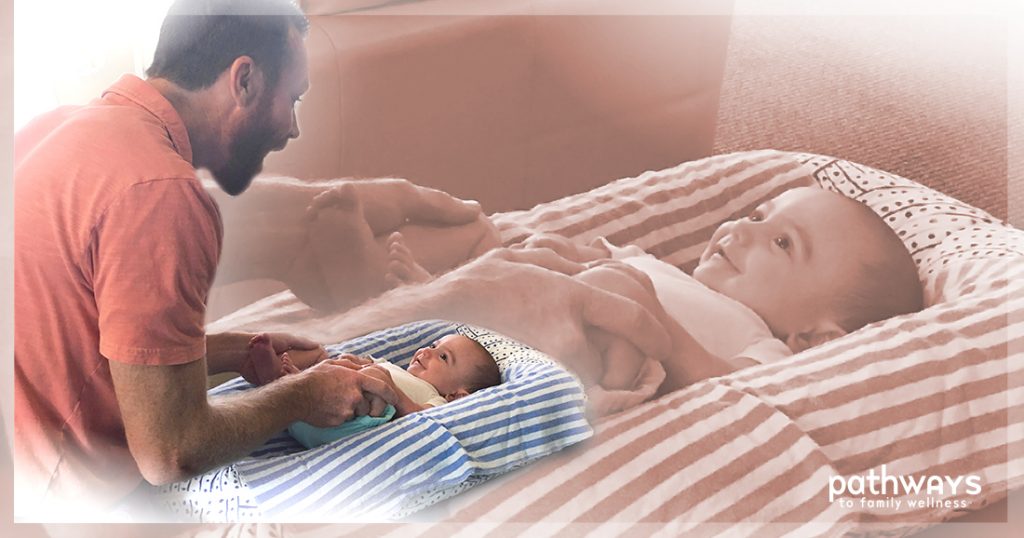 By Brendan Riordan, DCJack first presented to our office at 9 days old and was having difficulty latching. His parents were seeing... 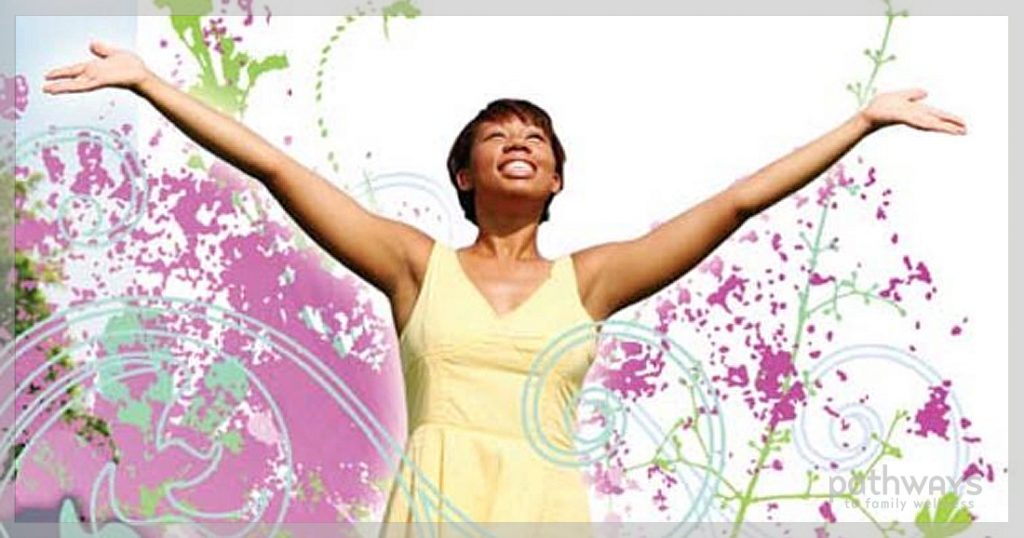 We Are What We Think

By Patti Leviton, CHT, CGLT, MAAs a board member of the American Holistic Health Association, as well as a holistic practitioner, I am both... 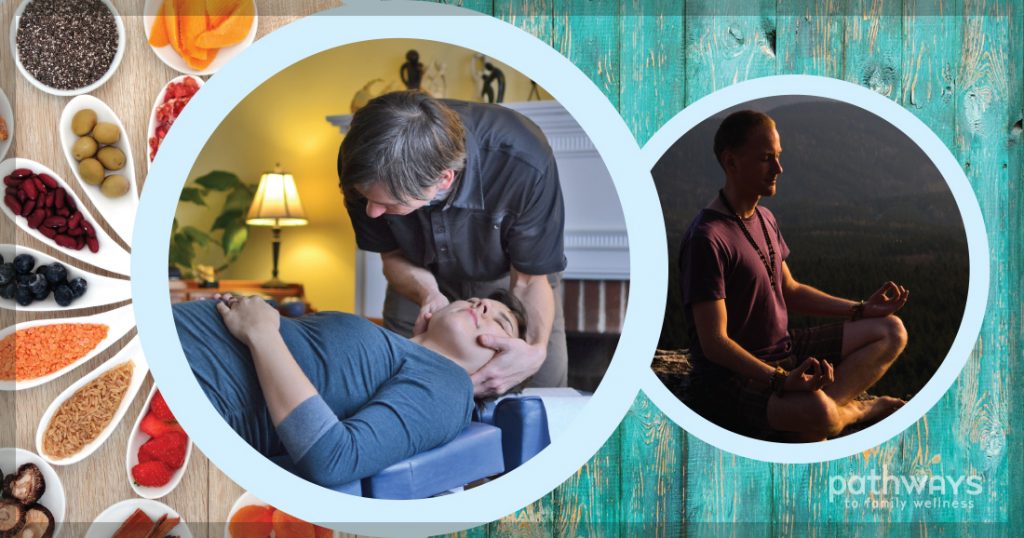 By Michelle K. Nielsen, DCLiving in health and holistic harmony can be challenging in today's toxic, fast-paced world. However, you can activate your...