Not A Battle, But A Housecleaning 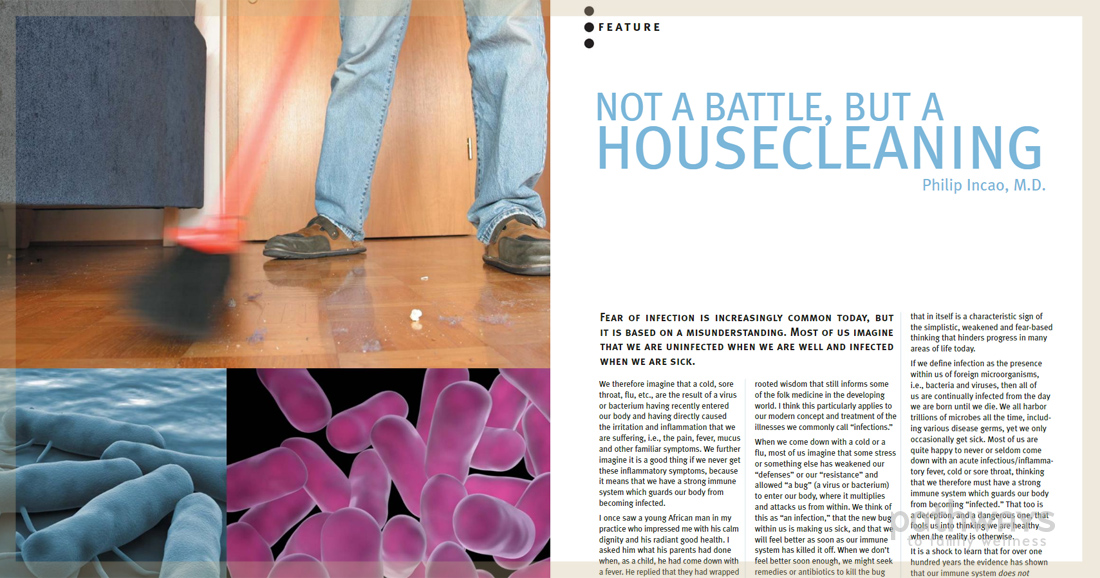 We therefore imagine that a cold, sore throat, flu, etc., are the result of a virus or bacterium having recently entered our body and having directly caused the irritation and inflammation that we are suffering, i.e., the pain, fever, mucus and other familiar symptoms. We further imagine it is a good thing if we never get these inflammatory symptoms, because it means that we have a strong immune system which guards our body from becoming infected.

I once saw a young African man in my practice who impressed me with his calm dignity and his radiant good health. I asked him what his parents had done when, as a child, he had come down with a fever. He replied that they had wrapped him in blankets to get him sweating. “Did they ever take your temperature?” I asked. He laughed and shook his head saying, “No, it was different from what is done here.” We often hear that American medicine is the most advanced in the world. This is true in some areas of health care, but in other areas we could use a little of the deeply rooted wisdom that still informs some of the folk medicine in the developing world. I think this particularly applies to our modern concept and treatment of the illnesses we commonly call “infections.”

When we come down with a cold or a flu, most of us imagine that some stress or something else has weakened our “defenses” or our “resistance” and allowed “a bug” (a virus or bacterium) to enter our body, where it multiplies and attacks us from within. We think of this as “an infection,” that the new bug within us is making us sick, and that we will feel better as soon as our immune system has killed it off. When we don’t feel better soon enough, we might seek remedies or antibiotics to kill the bug more effectively.

This pretty much describes the way almost everyone today, physicians included, thinks about what I refer to in this article as an acute infectious/ inflammatory illness like a cold, flu or sore throat. Yet this commonly held picture does not correspond to the facts. It is a deceptive misunderstanding that in itself is a characteristic sign of the simplistic, weakened and fear-based thinking that hinders progress in many areas of life today.

If we define infection as the presence within us of foreign microorganisms, i.e., bacteria and viruses, then all of us are continually infected from the day we are born until we die. We all harbor trillions of microbes all the time, including various disease germs, yet we only occasionally get sick. Most of us are quite happy to never or seldom come down with an acute infectious/inflammatory fever, cold or sore throat, thinking that we therefore must have a strong immune system which guards our body from becoming “infected.” That too is a deception, and a dangerous one, that fools us into thinking we are healthy when the reality is otherwise.

It is a shock to learn that for over one hundred years the evidence has shown that our immune system does not prevent us from becoming infected by germs. In the early years of Pasteur’s germ theory in the nineteenth century, it was first assumed that healthy people were uninfected by bacteria and only sick people were infected. This assumption was soon disproven, as science found that the great majority of those infected with disease germs were healthy, and only a small fraction of them ever got sick. The majority of people infected with the bacterium of TB, for example, never got sick from tuberculosis, but only from the same coughs and colds that we all get.

with certain numbers of disease germs in our body without becoming ill. For this blessing we can thank our immune system, which is continually vigilant and active below the surface of our awareness in keeping the extremely varied and extensive germ population of our body under control. Thus it is not necessarily the entrance of new germs into our body that makes us ill, it is the sudden and excessive multiplication of certain germs that have already been in us for a longer or briefer time. In some cases the entrance of a new germ into the body is quickly followed by its rapid proliferation, and in other cases the germ can remain dormant or latent in us for many years or even a lifetime while we remain healthy. This important fact receives far too little attention and is often totally forgotten in medicine today. Most of the trillions of germs that “infect” or inhabit our body from infancy onward are peacefully coexisting in us or even helping to maintain our inner ecological balance, like the acidophilus bacteria that live in our intestines. They are our “normal flora.” Science has also identified a small minority of germs, called pathogens, that participate in human disease, like strep, staph, TB, diphtheria, etc., but these too have surprisingly more often been found peacefully coexisting in us rather than being involved in illnesses.

This is called latent or dormant infection, or simply the carrier state. Typhoid Mary was a famous example in the early 1900’s of a cook who, though healthy herself, was a carrier of the salmonella bacterium and passed it on to others, some of whom became seriously ill and many others of whom remained healthy despite being infected. As the prominent microbiologist Rene Dubos stated in a 1950’s textbook,

“…the carrier state is not a rare immunologic freak. In reality, infection without disease is the rule rather than the exception…

The pathogenic [germs] characteristic of a community do commonly become established in the tissues of a very large percentage of normal persons and yet cause clinical disease only in a very small percentage of them.” (Emphasis mine)

This leads us to the question which Rene Dubos, apparently alone among his colleagues, pondered for the rest of his life: if most of the time we are able to peacefully coexist with a disease germ in our body (a fact which Pasteur did not adequately reckon with), what is it that happens when it suddenly starts multiplying rapidly and we get sick? Have our defenses weakened and allowed the germs to proliferate and go on the attack (which is the thought that frightens us so terribly), or are they merely multiplying because our body’s biochemistry has been disturbed and is making available to the germs a suddenly increased supply of their preferred nourishment?

The latter is not a new thought; it was postulated by Pasteur’s contemporaries.

Scientists of Pasteur’s time, including Claude Bernard, Rudolf Virchow, Rudolf Steiner and Max Pettenkofer, held the conviction that the decisive and determining factor in infectious diseases was not the microbe itself but rather the particular condition of the patient’s “host terrain” that favored the growth of a particular microbe. In this view, microbes were not predators but were scavengers which fed on toxic substances produced by imbalance, disease and decay in the host body’s terrain just as flies feed on dung and garbage. For these scientists, killing microbes without improving the host terrain imbalances that fed the microbes was like killing flies in a messy, untidy kitchen without cleaning up the kitchen. Pettenkofer even drank a test tube of virulent cholera bacteria to prove his point that they would do no harm if the inner terrain was healthy. Pettenkofer’s terrain apparently was healthy, because he suffered no ill effects at all from his bacterial brew. Nevertheless, the germ theory was an idea whose time had arrived, and for many reasons the concept of germs as vicious predators soon prevailed over the view that they were merely opportunistic scavengers.

The triumph of the germs-as-predators concept has led to a wave of change in the way people think about acute illnesses such as colds, measles, pneumonia, scarlet fever, tuberculosis, typhoid, smallpox, etc. Since ancient times these illnesses had been called inflammations, literally meaning “a fire within.” In the first century A.D., an early Roman author, Celsus, gave the classical definition of inflammation which is still taught today to physicians: a fire-like process in the body which manifests in “calor, rubor, tumor and dolor,” i.e., warmth, redness, swelling and pain. These cardinal symptoms of inflammation, even when not externally visible, were understood to characterize all inflammations from a pimple to a pneumonia. Our ancient ancestors also knew from hard experience that many acute inflammations like plague, smallpox, measles, TB, etc., were “catching” or contagious from one person to another. What they did not know was the intimate relationship of germs or microbes to these acute inflammatory and contagious illnesses.

Since Pasteur, we now erroneously consider these illnesses to be “acute infections,” assuming that the entrance of a new microbe into the host’s body (the infection) triggers the illness. As we saw earlier, it is not the initial entrance of, or the infection with, the microbe which triggers the illness, but rather the sudden proliferation of a microbe already residing in the host body for some time which initiates an acute infectious/inflammatory illness.

Human beings become infected with a great variety of the microbes in their environment, continuing lifelong as they change environments, yet this fact of lifelong infection does not explain why illness happens, anymore than auto accidents are explained by the fact that the victims are lifelong drivers. An infection is not itself an illness, rather it is the normal human condition and the context in which acute infectious/ inflammatory illnesses occur. As we said earlier, something else must happen to cause a certain tribe of germs (like strep, with which almost everyone is infected to some degree) to suddenly proliferate and trigger what should correctly be called “an acute strep-related inflammation” rather than “an acute strep infection.” We need to fit our thoughts and words to the reality. The fact that a strep infection might precede a strep-related inflammation by days, months or years is essential to understanding how and why illness happens. Thus, the term “acute strep infection” commonly used by physicians and lay people is incorrect, and it creates an incorrect picture in our mind of the illness at hand. 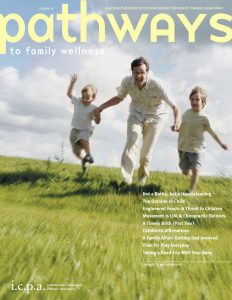 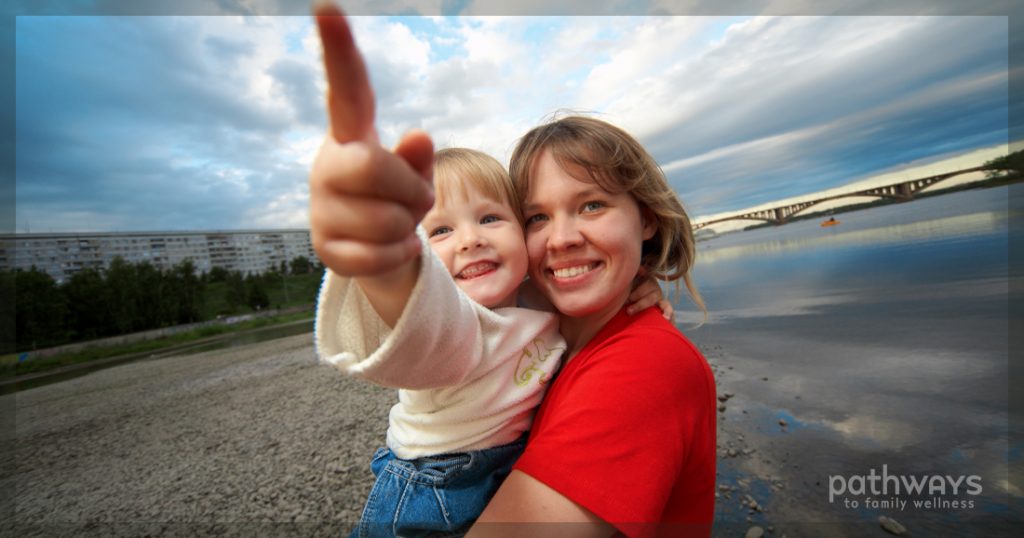 By Joseph Chilton PearceFrom the seventh month in utero, before a child is born, every word the mother says brings about a... 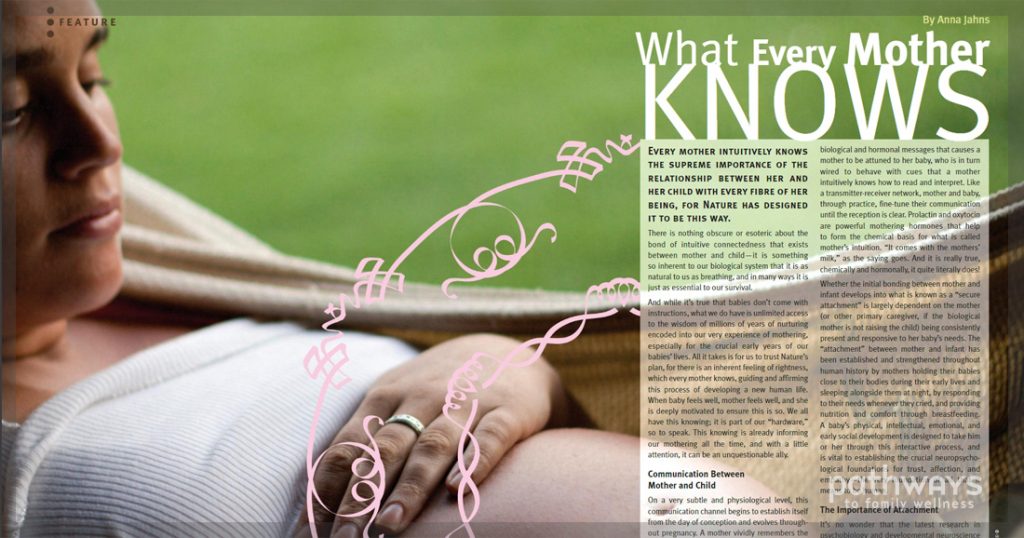 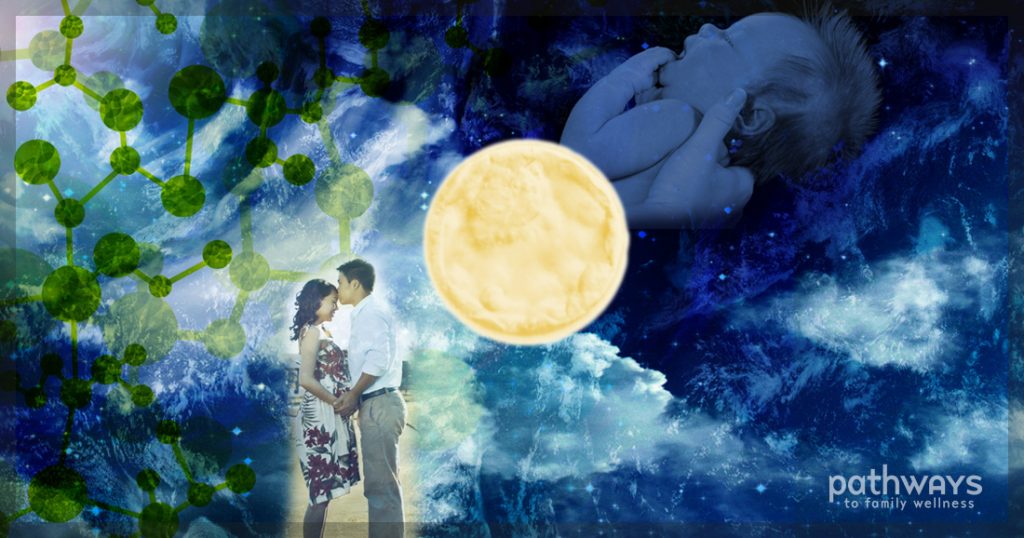 By Kate White, MA, LMT|Myrna Martin, MN, RCC, RCSTIt has been nearly a century since pre- and perinatal psychology was introduced by Otto Rank, a student and...