Shares
By Laurence B. Palevsky, MD 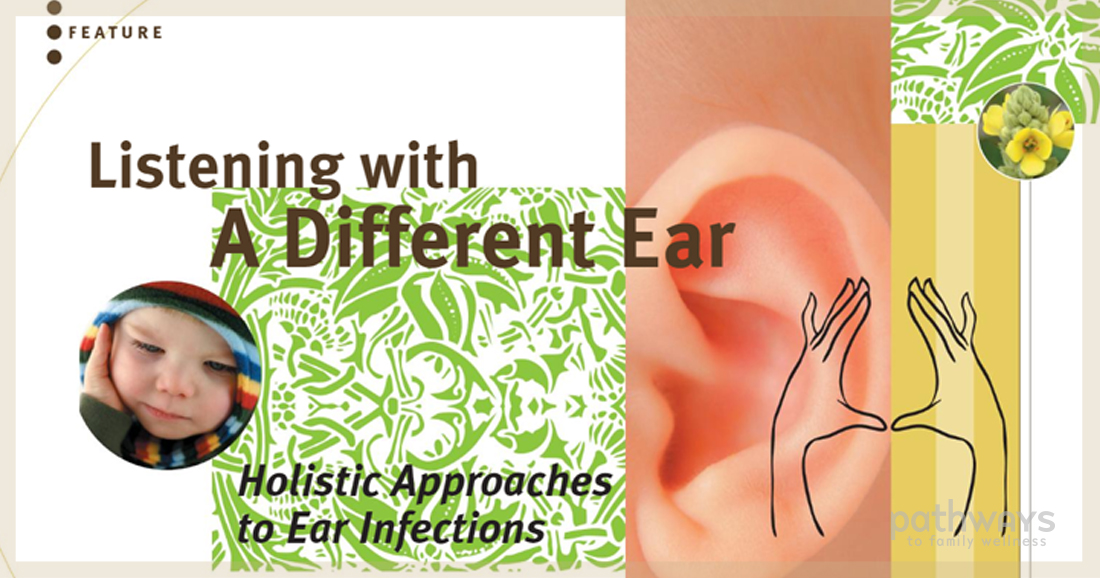 It is 3am and your child wakes up complaining of ear pain. What can you do?

Ear pain is one of the most common complaints in the pediatric population. Parents exchange frequent stories about the number of times their child has taken a banana or cherry flavored antibiotic for one or more ear infections. It is the rare parent who sits by, not wanting to add to the anxiety of other parents, with the knowledge that their child has never taken an antibiotic for an ear ache. What’s more, the child has never had a serious problem resulting from not using antibiotics.

When I went through my medical school and residency training, we were warned about the serious complications of allowing an ear infection to progress without antibiotic treatmentmastoiditis, an inflammation and infection of the bony area behind the ear at the base of the skull, and meningitis, an inflammation and infection of the lining of the brain and spinal cord which could lead to permanent brain damage, not to mention, the possibility of permanent hearing loss.

Over the last 13 years, evidence from the European medical literature and observation of the medical practice of some of our own pioneering primary care providers and ENT (Ear, Nose & Throat) physicians, has taught us that the majority of cases of ear pain can and will resolve on their own. Without antibiotics. Without serious outcomes. With good clinical follow-up. Yet, many children receive antibiotics, and sometimes multiple antibiotics, for ear aches. And their ear aches continue to recur.

Inflammation occurs in the body as characterized by the following five observations–redness, swelling, heat, pain and loss of function. When a young child has an ear ache, the ear drum is usually found to be red (redness) with clear fluid or mucus buildup in the middle ear (swelling) causing pain, often accompanied by fever (heat) and occasionally accompanied by an acute loss of hearing; clearly a description of inflammation. Even if there were an infection, most studies confirm that viruses are the main organisms responsible for causing the development of these symptoms, not bacteria. Neither a viral infection, nor an inflammation in the ears responds to treatment with antibiotics. Only bacteria respond to antibiotic treatment. Therefore, in the majority of cases, antibiotics do not help. And, in many cases, antibiotics may cause more harm than good when they are used inappropriately.

A child is found on exam to have a red ear and no complaint of ear pain even though a fever is present. A pre-verbal infant or toddler with a red ear drum or fluid behind the ear appears well and is smiling. Another child presents with ear fluid and is no longer in pain. Most often these children are not suffering from ear infections and do not warrant antibiotic treatment. By definition, these children simply have inflamed ears which often respond better to other types of treatment.

Children who have infections, on the other hand, also present with these five signs of inflammation but, for the most part, do not look clinically well and often have an illness that is more serious than a simple ear infection. A child in pain who appears not to look well should be re-evaluated after the pain is relieved.

Early in my pediatric practice, I often gave a child a ten day course of an antibiotic for what I believed was a classic ear infection using the criteria I described for inflammation. More often than not, 2-3 days after completing the antibiotic, the child returned with the same symptoms. I would subsequently write another antibiotic prescription. Frequently, the same pattern would recur. Conventional training taught me that the child had an infection caused by a bacterium that was resistant to the antibiotic. Therefore, a different and stronger antibiotic was needed.

Eventually it occurred to me that perhaps the child never needed the antibiotic in the first place. Perhaps there was a different process going on that required a different set of treatments and understanding.

Why do infants & children get ear aches? How do the ears become inflamed?

Conventional pediatric practice focuses on prescribing treatment interventions once a child’s symptoms have already appeared. Non-conventional approaches concentrate on preventing the development of inflammation and infection and attempt to evaluate the causes that contribute to their presentation. In addition, non-conventional approaches use remedies and interventions that facilitate the body’s natural healing abilities in a nourishing way in an attempt to avoid suppressing the inherent healing mechanisms that are present in the body. Often, elimination of the factors that are known to contribute to the development of the underlying symptoms is sufficient to treat the problem(s) without introducing additional remedies. This is especially true when it comes to ear pain and ear inflammation.

Infants and children have a natural tendency to generate a lot of mucus. The production and the amount of mucus lessen as the child grows older and the developing immune system strengthens. When a child has a build up of excess mucus (one of the primary indicators of inflammation), his/her body attempts to “burn off ” this mucus in order to return to a balanced state, also known as homeostasis. This is accomplished by the onset of an illness accompanied by a fever.

Children, even without the presence of a fever, tend to run on the hot side. Most of their heat rises towards the head. Heat generated by a fever (another of the primary indicators of inflammation), further raises the energy towards the head. With an abundance of mucus already present in the nose and throat during an upper respiratory infection it is no coincidence that the ears repeatedly become inflamed.

Many clinicians and parents report that after a child has recovered from an illness with a fever without the use of suppressive pharmaceuticals, he/she experiences a growth spurt in neurological, developmental and behavioral milestones. Clearly, the immune system is now stronger. Children, who develop excess mucus and need to burn it off through an array of normal childhood febrile illnesses, and are blocked from accomplishing this through the use of inappropriate, suppressive pharmaceutical treatments, often remain in a state of chronic mucus production, i.e., chronic inflammation. This can be seen today in many of our children who live with excess mucus, are often sick and never quite fully recover and have a life of chronic illnesses and delays in reaching their milestones.

Ultimately, the goal is to reduce the production of excess mucus, support the process of acute illnesses with good clinical follow-up and safe and effective, non-suppressive, supportive interventions and offer information for families that will both prevent and treat serious acute and chronic illnesses. In the case of ear inflammation, the two approaches that I have seen work most effectively to reduce ear fluid, ear pain and chronic ear problems is a change in the child’s and family’s diet and the incorporation of manual adjustments into the care plan, i.e., chiropractic, cranial sacral therapy.

Children have undeveloped digestive systems. Spitting up, vomiting, frequent burping, excess gas and loose stools are frequent pediatric complaints indicative of poor digestive function. Often, children are given a food or a combination of foods that serve to further weaken and stress their digestive systems. Invariably, food is incompletely digested and, as a result, children are confronted with having to deal with nourishment that does not serve them. Consequently, the body’s response is to produce additional mucus.

As described in immunology, Chinese Medicine, Ayurveda and nutritional medicine, mucus in the nose, throat, sinuses, airways, ears and other parts of the body can arise merely from the failure of the digestive system to accomplish its task successfully. Adults may suffer from the same process as well. Those foods most likely to increase mucus production and further stress a child’s already weak digestive system are: dairy, soy (especially overly processed soy products), commercial formulas, a heavy diet of raw fruits and vegetables, iced or cold foods and beverages, wheat and most flour products, baby cereals and commercial cereals, thick, creamy and heavy foods, processed grains, juice, soda, soft drinks, refined sugars, processed and refined foods, fried foods and oils, multiple food choices at a time and overfeeding.

Reducing and/or eliminating these foods from a child’s diet will often quiet the inflammation and prevent the development of further problems in acute flare-ups and, more specifically, in chronic inflammation of the ears. On the other hand, offering a child warm, cooked, simple, smooth, easy to digest, whole, non-processed foods, accompanied by small amounts of food herbs and spices, will strengthen and support a weak digestive system and keep mucus production and inflammation at a minimum.

Immediate Management So, it is still 3am and your child’s body is doing its best to purge the excess mucus. Yet, the fluid is not draining and the pain is the main focus. Ultimately, the goal is to rid the body of the mucus. However to ease the pain and begin immediate supportive care the following is a list of suggestions for parents to help them get through this difficult situation: 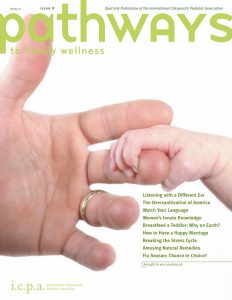 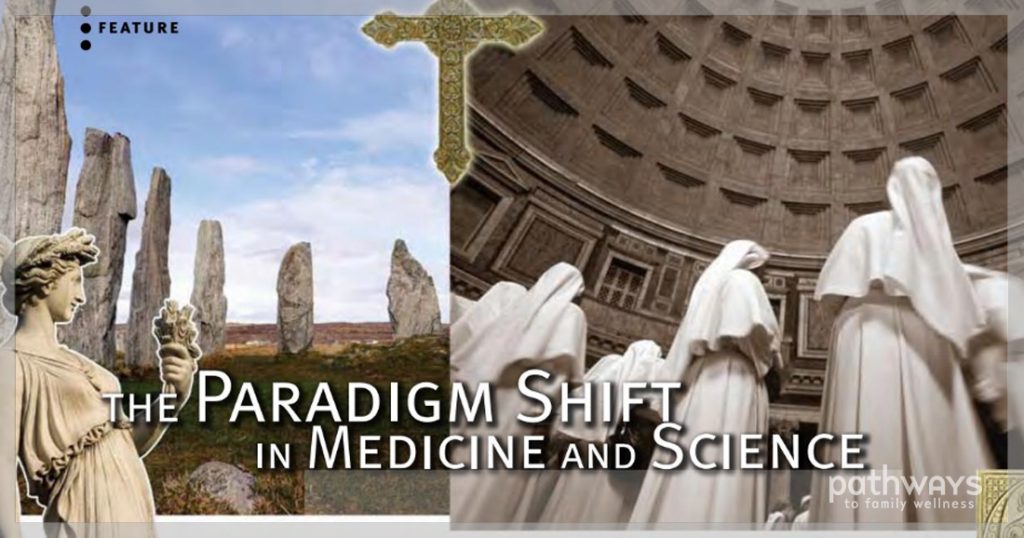 By Philip Incao, MDThe word paradigm in present usage means the model constructed by our unconscious and conscious mind which we use... 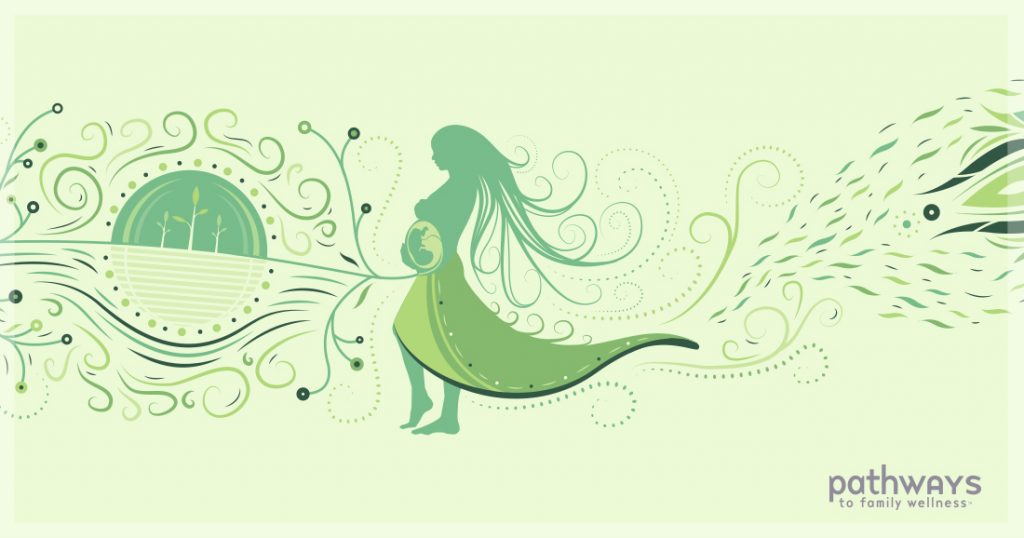 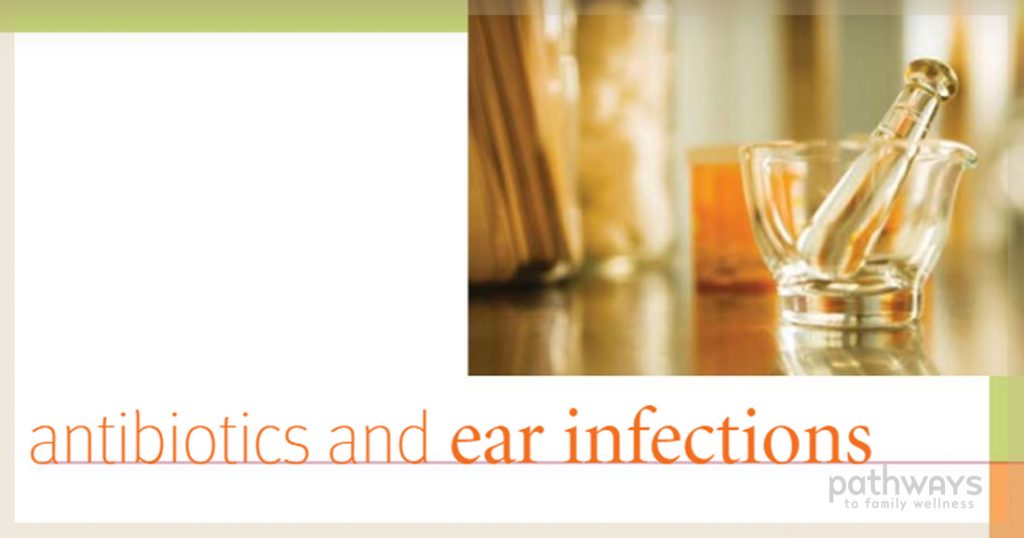 By Linda Folden Palmer, DCIn cases where the immune response lags behind a bacterial infection that is dangerously decimating the body, the 1950s...