The Roseto Effect: How A Close-Knit Community Can Enjoy A Reduced Rate Of Heart Disease 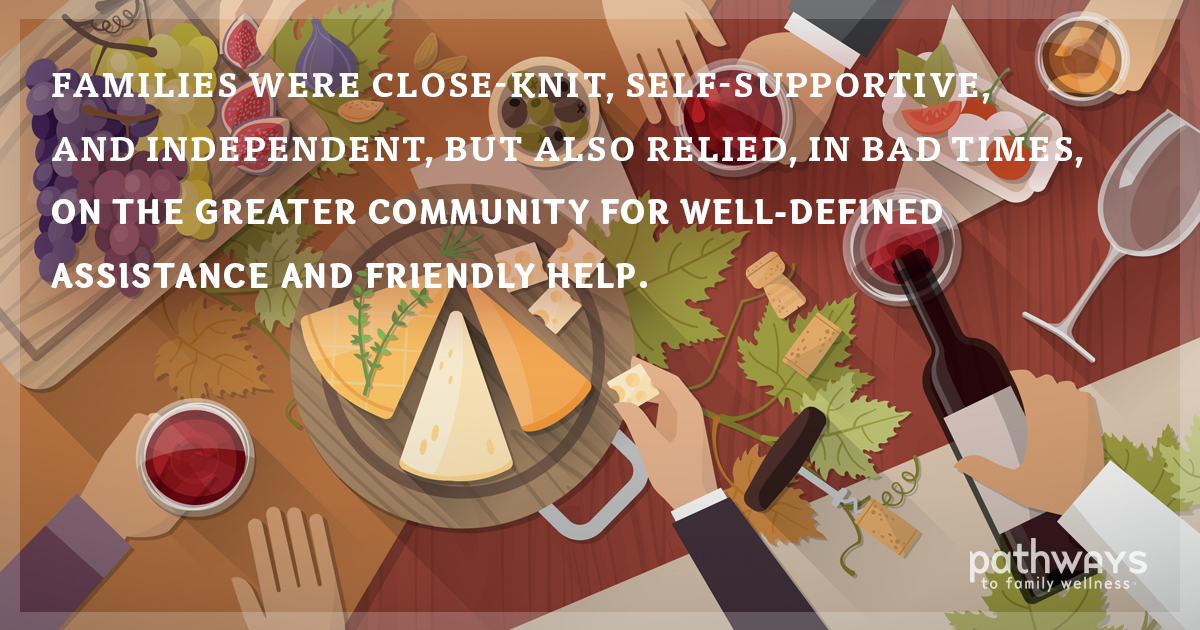 It seemed like a virtual fountain of youth, with a heart attack mortality rate roughly half the rate of every surrounding community. Same water, same neighborhood, same occupational mix, same income level ranges, same races. So what was the difference and why?

Well, you had to ask the Rosetans for the answer. The next question you ask should be, “Who are the Rosetans?”

The Rosetans are inhabitants of Roseto, Pennsylvania, a pretty but remarkably modest village nestled in eastern Pennsylvania. Back in 1962, like a scene out of the movie Outbreak, investigators descended on Roseto with the full equipment of scientific investigation…with the blessings of the federal and state governments. Roseto was a starkly healthier place to live, and no one knew why. It was up to these researchers to figure out what was going on, and they stayed for several years.

Poring over death certificates from 1955 until 1965, the investigators concluded that the reason was unusually clear for science. Just to make sure, the Rosetans were compared with neighboring communities, including the aptly named towns of Nazareth and Bangor. The confirmations just kept on showing up in everything the researchers did. And the conclusions have had tremendous implications since they were confirmed in 1992.

What made Rosetans die less from heart disease than people in identical towns nearby? Family ties. Another observation: They had traditional and cohesive family and community relationships. It turns out that Roseto was peopled by strongly knit Italian-American families who did everything right and lived right and consequently lived longer.

In short, Rosetans were nourished by people.

In all ways, this happy result was exactly the opposite expectation of well-proven health laws. The Rosetans broke the following long-life rules, and did so with a noticeable relish. And they lived to tell the tale.

They smoked old-style Italian stogies, malodorous and remarkably pungent little nips of a cigar guaranteed to give a nicotine fix of unbelievably strong potency. These were not filtered or adulterated in any way. Both sexes drank wine with seeming abandon, a beverage which the 1963-era dietician would find almost prehistoric in health value. In fact, wine was consumed in preference to all-American soft drinks and even milk. Forget the cushy office job: Rosetan men worked in such toxic environs as the nearby slate quarries. Working there was notoriously dangerous, not merely hazardous, with industrial accidents and gruesome illnesses caused by inhaling gases, dusts, and other niceties. And forget the Mediterranean diets of olive oil, light salads, and fat-free foods. No, Rosetans fried their sausages and meatballs in…lard. They ate salami and hard and soft cheeses, all brimming with cholesterol.

Nor were the Rosetans left to their own devices, since they actually suffered from anti-ethnic discrimination, replacing English and Welsh miners, who didn’t like or care for the new immigrants.

In Roseto, there was no crime rate and few applications for social assistance (then called relief). That’s not a typo… there was a zero crime rate—meaning no reported crimes— and no files for any emergency relief.

Part of the bargain: Rosetans, regardless of income and education, expressed themselves in a family-centered social life. There was a total absence of ostentation among the wealthy, meaning that those who had more money didn’t flaunt it. There was nearly exclusive patronage of local businesses, even with nearby bigger shops and stores in other towns. The Italians, from regional cities in Italy, intermarried in Roseto. Families were close-knit, selfsupportive, and independent, but also relied, in bad times, on the greater community for well-defined assistance and friendly help.

No one was alone in Roseto. No one seemed too unhappy or too stressed out. And the proof was a heart attack death rate almost half the rate of everyone else around them. Wealthier towns suffered from heart disease, even though their medical facilities, diets, and occupations were either better or at least equal to those available in Roseto.

Each house studied contained three families, or three generations. The elderly were neither institutionalized nor marginalized, but were “installed” as informal judges and arbitrators in everyday life and commerce.

In 1963, these investigators made a prescient observation: They believed that as Rosetans became more Americanized (meaning less close, less modest, and less interdependent), they would also become less healthy. The wearing off of the now famous “Roseto” effect would be apparent within a generation. And so it was.

A later survey, as published in the American Journal of Public Health in 1992, confirmed this sad prediction. The officials of the AJPH, no doubt beguiled by Roseto’s fate, descended on the town yet again. Again the investigators rifled through the death records of Roseto, and again they compared them with the surrounding towns of Nazareth and Bangor. The result: The Rosetans now suffer equally from the ravages of heart disease as every other town does, in the vicinity or not.

In fact, the wearing away of intra-marriages (Italian to Italian), the careless dismantling of the social ties between family and community, the return to conspicuous consumption by wealthy Rosetans, and ignorance of common values could be charted with precision from decade to decade. Lo and behold, there is an almost perfect correlation between Americanization and heart disease death rates.

In their book The Power of Clan, authors Stewart Wolf and John Bruhn covered the town from 1935–1984. Their conclusions dovetailed with the other studies: The magic of Roseto was the total avoidance of isolated individuals crushed by problems of everyday life. Rosetans didn’t feel isolated or crushed, but instead avoided the internalization of stress. Stability and predictability—hardly Americanized virtues—even in the early years, was life-soothing, hence life-lengthening.

Consumer pressure was vitiated by a total taboo against showing off wealth. But the townspeople did work harder than most, toward the goal of “a better life for the kids.”

But so much for the oasis of healthy living. In the 1970s the region was suburbanized, including the town. Single-family homes, fenced yards, and country clubs were brought in. But the social ties weakened and then started to fail. They failed with a significant event.

It took until 1971 for the first person under age 45 in Roseto to die of a heart attack.

So the Rosetans joined the rest of the United States and, like the legendary Scottish town of Brigadoon, the healthy oasis of Roseto, Pennsylvania, has departed into the mists of scientific history. For now, the Roseto Effect, as sociologists call it, remains a beguiling, even teasing note in American health history. With the almost total lack of such ties in American society, the Rosetans pass through the years as a stark reminder of the toll modern life exacts from even the healthiest Americans. 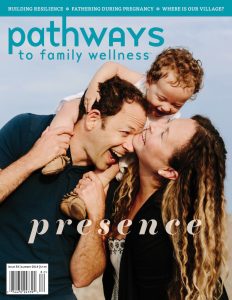 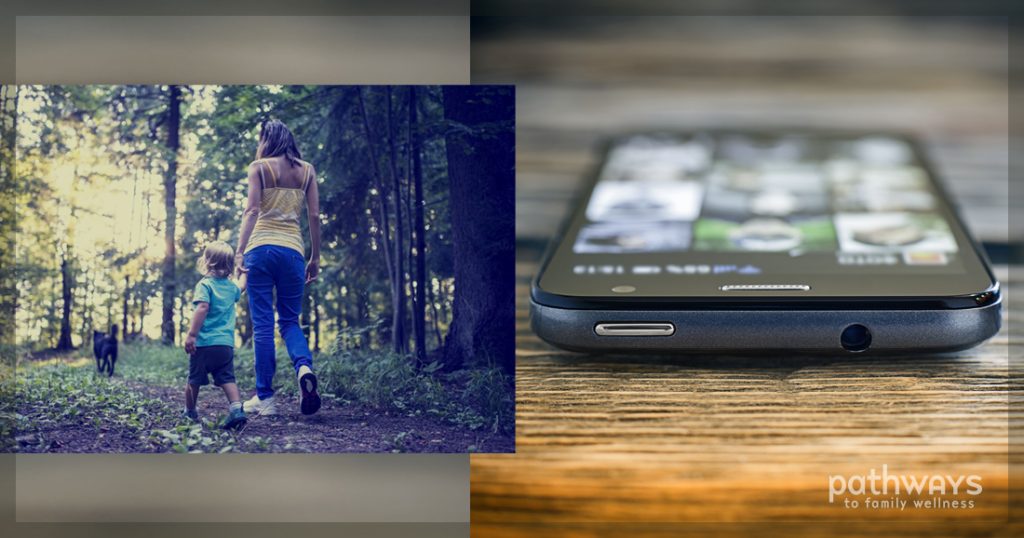 How I Learned To Disconnect To Connect

By Christine Gross-Loh, PhDI am used to staying in touch with people and accessing news online whenever I want. But over the... 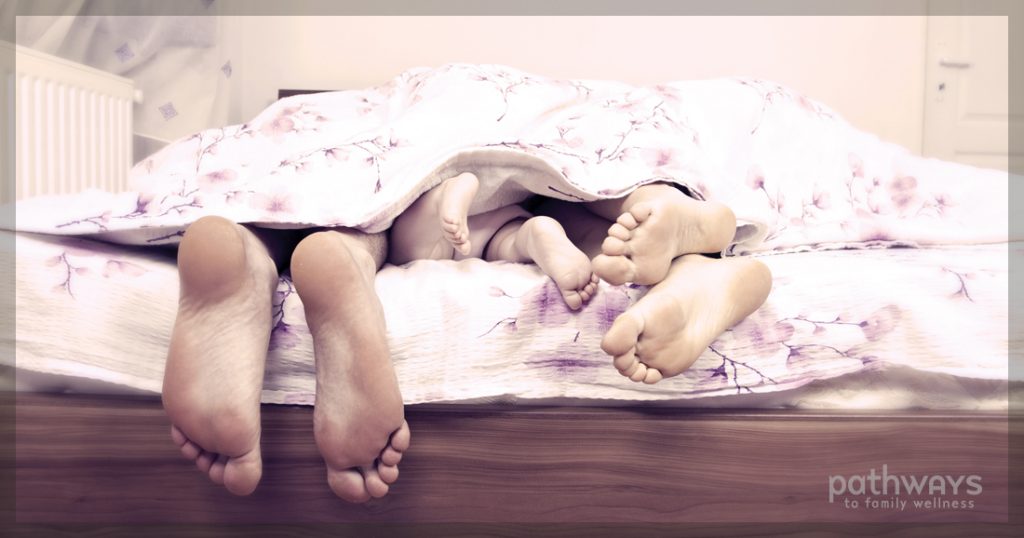 There Is A Bed, A Family Bed, Where Everyone Is Sleeping

By Jeff SaboRecently, I went on yet another business trip. Fortunately, this was the first business trip I've made in some... 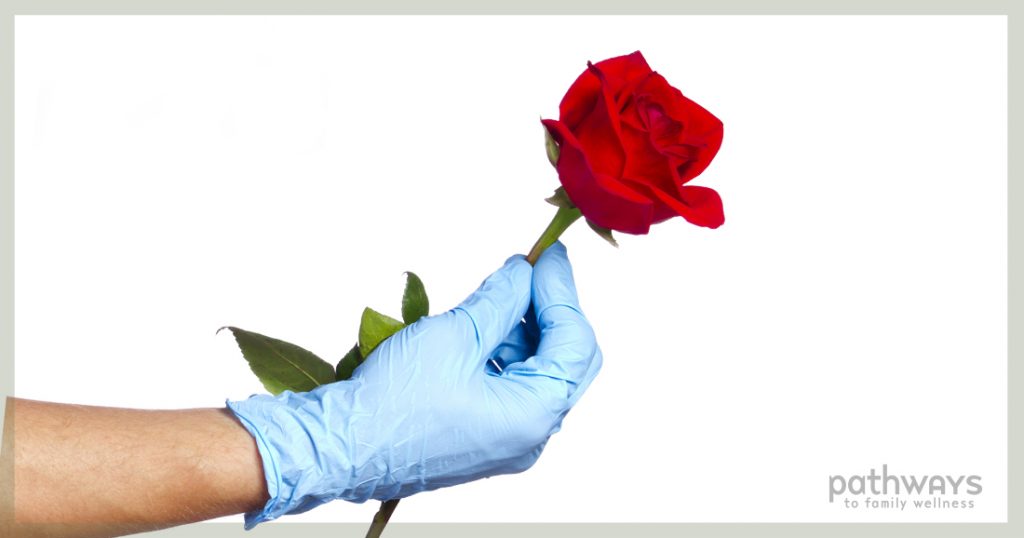 If Making Love Were Treated Like Birth: A Sadly Hilarious Video

By Fiona PeacockOxytocin is the hormone responsible for birth, sex, and love. It's often referred to as the "love hormone" and...