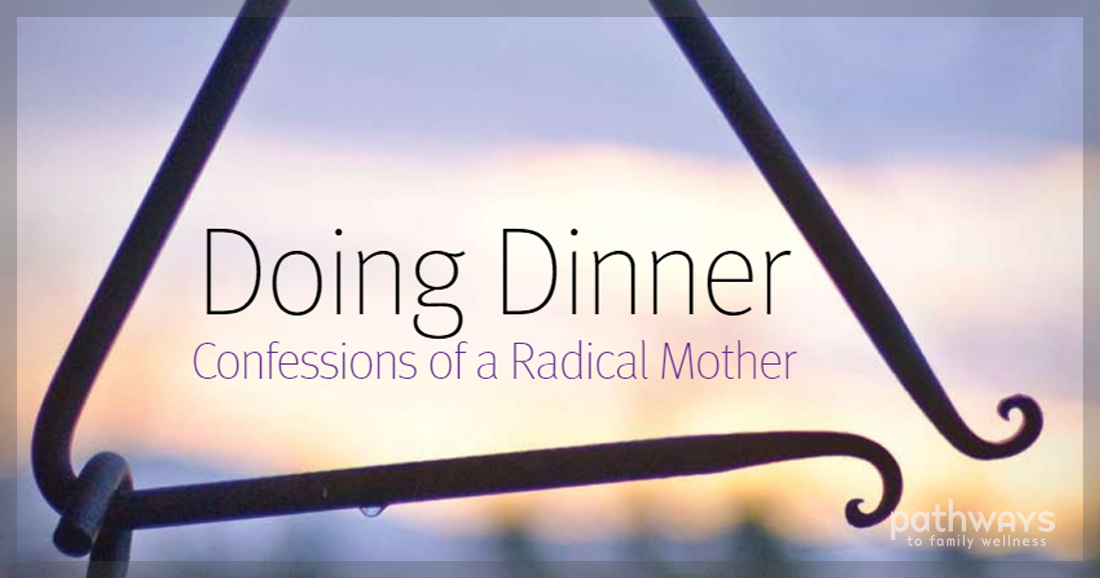 I love slow living. It’s peaceful, meaningful and even downright radical in a go-go world.

According to a recent article in, appropriately enough, Time magazine, groups of harried parents across the United States are joining a wave of slow-living advocates by doing something really revolutionary: having one sit-down dinner at home with their kids each week.

I don’t know whether to applaud or cry. The idea that parents are willing to undertake the Herculean task of rearranging their schedules to fit in a single dinner at home is laudable. The fact that it requires such superhuman effort is terribly sad.

How did we get here? The article states that back in the 1980s, sociologists decided that providing structured activities for kids would prevent juvenile delinquency. In addition, education experts suggested that American children needed to study harder to compete academically in the global market.

At the same time, American business leaders looked around and discovered U.S. corporations were losing their edge. They bumped up hours and production rates in an effort to keep ahead of burgeoning Asian countries. This new competitiveness spilled over into the home, where mothers fresh from the workforce took the corporate ideal of high productivity to the playgrounds.

I spent most of the eighties living and working in Asia, including five years teaching English in Japan, so I’m all too familiar with the “education mama” syndrome. What’s interesting is that American mamas have taken that same emphasis on competition and achievement and focused on sports or other activities. Although we don’t have to suffer the unfortunate consequences of despondent students going through the Japanese exam system, we have burned out 15-year-olds having knee surgery for ten years’ worth of soccer injuries and families who can’t remember their last no-TV, no-phone, real-food meal at home.

Somewhere between a manic preoccupation with education and a rabid adherence to frenzied activity schedules, there is a happy medium. It’s called dinner.

People in Europe and Latin America are horrified to hear of families in the U.S. gulping dinner in their cars on a daily basis.

It’s appalling to them that there are actually campaigns to reintroduce the concept of sitting down to eat. Coming from cultures where families gather for meals every afternoon and again late in the evening, they view this obsession with achievement as baffling, alarming and pitiful. And they’re right.

The truth is, it’s pretty hard to lose control of your family’s activities if you make dinner a priority most nights. It’s simply not possible to attend multiple practices each night if you’re expected at the dinner table from 6:30 to 7:30.

When I tell people that I have four teenage daughters (ages 13, 14, 16 and 17), they look at me with a mixture of horror and pity. Life must be tough at your house, they say. You must live in your car, they tell me. Um…no.

My idea of multi-tasking is breathing, talking and hiking in the woods—all at the same time. My family eats a relaxing dinner together at home—by candlelight!—at least five nights a week. It’s the best part of the day. 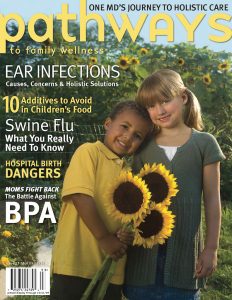 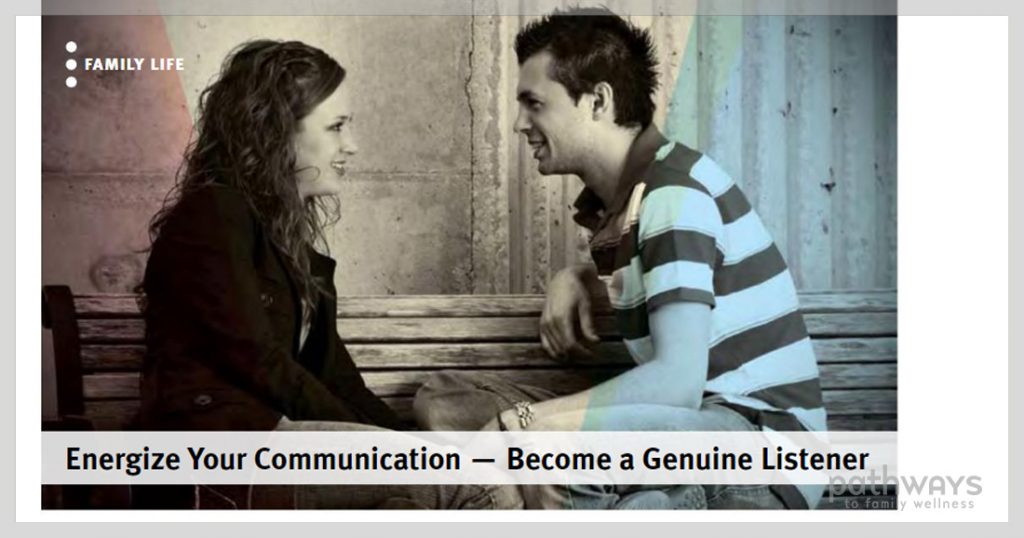 By John W Travis MD, MPHSince most of us spend more than half of our time in communication as a listener, we should be... 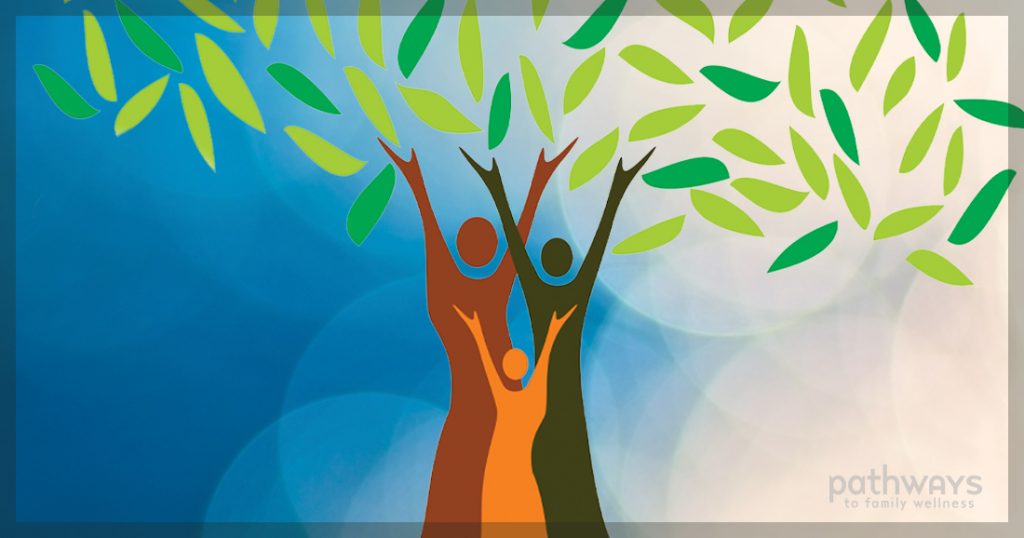 Soulful Reminders And Activities For The Whole Family

By Annie Burnside, MEdIn my heart, I know that all children are vibrant just as they are, if we allow them to... 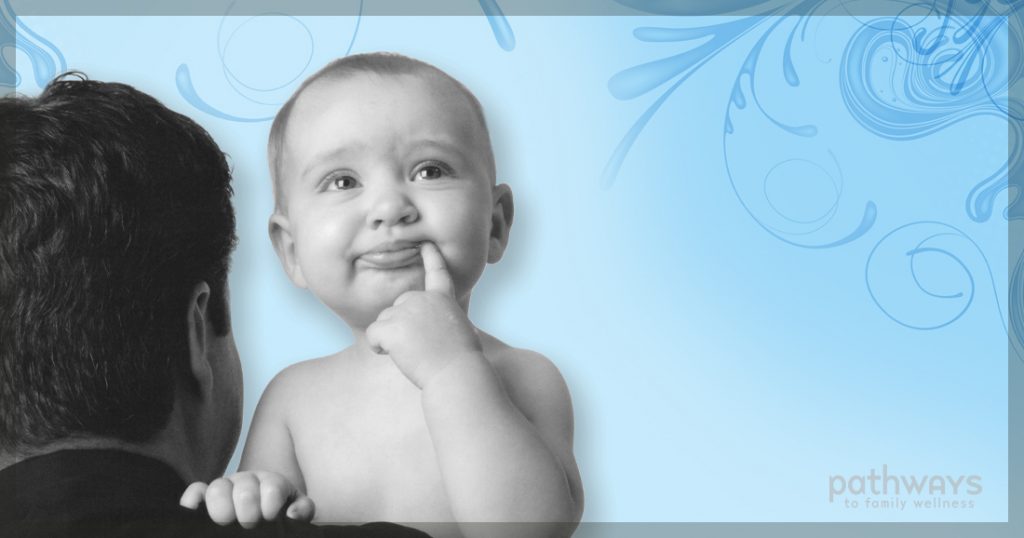 By Chris White, MD*But Not Too SeriouslyLet's be honest—crying is tough on the nervous system. It's designed to be. When children have...