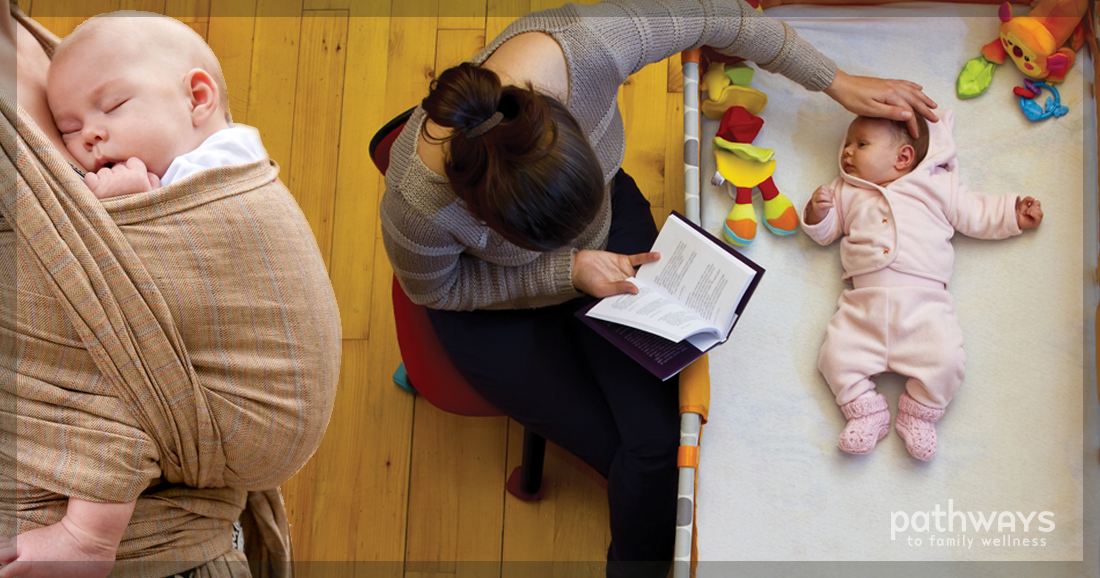 Many people, parents and experts alike, advocate the idea of “teaching a baby to self-settle” or “self-soothe.” Self-soothing is often referred to as the holy grail of baby sleep. Once babies can self-soothe, parents are told to expect uninterrupted nights and easier bedtimes. Many experts tell sleep-deprived parents how vitally important it is to teach the “skill” of self-soothing to their offspring as soon as possible.

But what if I told you that babies can’t self-soothe? Babies are no more capable of self-settling than they are of riding a bike. Self-soothing is not something you can teach, through any amount of sleep training or techniques.

“But it works,” you might be saying. But does it, really? Through sleep training you can condition a baby not to cry out for attention and go to sleep without parental input fairly easily, but this behavior is not indicative of a baby who is calm, soothed or settled. Self-soothing is a developmental stage, a skill that infants gain as they grow older, just as they become more physically mobile, develop the ability to eat solids and develop the ability to talk. No matter what the sleep experts promise, you can’t teach something that their brains are not yet equipped for.

“Self-soothing” is such a misleading term. Whoever invented it has cleverly made it sound like something positive and gentle, similar to the new wave of controlled-crying names such as “controlled comforting,” “spaced soothing” and “controlled soothing.” Clever marketing, same technique. In reality, however, you are categorically not leaving your baby to “soothe.” You are leaving her to cry, even if it is only for periods of two minutes at a time.

To understand how self-settling develops, we need to examine the psychological concept of emotional self-regulation, the process by which humans work through—or regulate—their emotions. As adults we do this on a daily basis. Maybe we’re watching television and a gory scene comes on that makes us wince, so we quickly change channels or cover our eyes. Perhaps we’re reading a book or a letter that makes us incredibly sad, so we put it down for ten minutes to make a drink and take a break. We may wake from a scary dream and switch on the light to check that there are no intruders in our house. These are all examples of emotional self-regulation, an important process to help us keep our emotions in check. Otherwise we would be a bubbling, overflowing melting pot of pure emotion, unable to function on a day-to-day basis.

Emotional self-regulation is vital to not only our well-being psychologically, but physically as well, given the toxic effects of constant heightened levels of stress upon our bodies. There are three main ways that we cope with our strong emotions: Approach, Attack or Avoid. You may know “attack or avoid” better as “fight or flight.” We all know these feelings well: Something happens that causes us alarm and our bodies react to help us to either stay and fight or run for our lives.

What of the “approach,” though? Simply put, this explains our desire to approach those things, or people, who help us feel emotionally safe and secure. In terms of your baby, that person is you. You are your infant’s safe place and naturally they will want to approach you (usually by crying for physical contact with you), particularly when they are not emotionally or physically developed enough to attack or avoid. Sadly, many people refer to babies as “clingy” or “manipulative,” and see the fact that they need their parents to soothe them as a bad habit that should be broken. So many experts seem to think that once a baby is fed, changed, winded and warm that they have no further needs. They do. Their emotional needs are every bit as valid as their physical ones. Why do we not pay these as much attention? Although babies experience the fight-or-flight response from a very young age, they are not neurologically developed enough to regulate the resulting emotions themselves. They need us for that.

At birth the baby’s brain is about a quarter of its adult size. The brain stem and cerebellum, or the hindbrain, are fairly well developed and are the first parts of the brain to develop throughout the first year and a half of life. This area of the brain is responsible for survival—temperature regulation, breathing, digestion and raw basic emotions. The limbic system, our “feeling brain,” is the next to develop over the first three years. It is responsible for emotions and relationships with others. This part of the brain includes the hippocampus and the amygdala, among others. Lastly, the neocortex, our “thinking brain,” develops. The neocortex is by far the most sophisticated area of the brain, and develops throughout childhood and adolescence, and even into the early 20s. This part of our brain is responsible for critical, analytical and rational thought.

If we think about self-soothing in brain development terms, which parts of the brain would you expect to be necessary for true self-settling, or emotional self-regulation to occur? Obviously the hindbrain is necessary—it’s where the fight-or-flight response sits and is the survival part of our brain. What about the limbic system? This, too, must be necessary considering it is our “feeling” brain, and in order to become calm, we need to manipulate what is happening here. And how do we manipulate these emotions? We need our “thinking brain” for that. Our neocortex can help us to rationalize and analyze a situation in order to come up with a solution to regulate our emotions. If you’re watching a horror movie, you need your neocortex to say “chill, it’s only a movie, just turn the light on.” We need all of the parts of our brain, fully developed, in order to self-soothe.

But babies have incredibly underdeveloped neocortexes. Emotional self-regulation (what you and I know as self-soothing) is just not physically possible for babies, toddlers or preschoolers. Their brains have not developed enough.

So What Happens When You Sleep Train?

I know many who believe that self-soothing works, and are sure I must be wrong. The real issue here, however, is our misinterpretation of what is actually happening.

If you practice sleep training, are you teaching your baby to self-soothe? No. You absolutely are not, unless you have a wonder kid about five years advanced in his brain development. In most cases, something else is happening on a very basic primal level. Let’s go back to the hindbrain and the fight-or-flight response. What happens when those stress hormones reach such a level that they are toxic yet you can’t take flight, or fight?

Another F word comes in: “Freeze.” You freeze all activity in order to try to preserve homeostasis, or more simply put—preserve life. Dr. William Sears calls this “Shutdown Syndrome.” Research by Wendy Middlemiss in 2012 showed what happens during self-soothing teaching, highlighting how stressed the baby still is, despite their quietness and apparent sleeping. Chemically, we can now prove that the baby is neither soothed or settled.

Consequences of the Self-Soothing Myth

If parents believe their babies are soothed and calmed, they naturally relax and think all is OK. But what if it’s not OK? What if a frozen baby is in distress, yet doesn’t call out for her parents? If a baby has been trained to be quiet and to not call for her parents to meet her emotional needs, it isn’t too far-fetched to worry that at some point the baby might not call out when they have an urgent need. A baby’s brain is not sophisticated enough to know that sometimes the parents come and sometimes they don’t, depending on what’s wrong.

What happens in the first few years of life is vital for the development of a baby’s brain. As a parent, you are effectively an architect building and sculpting the person they will be in the years to come. Remember the limbic system that develops over the first three years? The bit that contains the amygdala and hippocampus? Research shows that the more nurturing you are toward your child in their early years, the greater their hippocampal volume. That’s important, because the hippocampus is related to behavioral regulation. Many argue that science only proves this link in regard to severely neglected or abused children, but that’s not true. There is research that looks at children in perfectly normal family situations. The same is true of the amygdala, which plays a key role in processing emotions.

If nurturing increases the volume of the hippocampus and the amygdala, it follows, therefore, that the best way to ensure a child grows to have good emotional self-regulation is by responding to them as much as they need when they are young. A close, nurturing relationship with a child when he is young doesn’t just predict his ability to self-soothe in later life, it also predicts his ability to form empathy with others and pro-social behavior, another facet of emotional self-regulation.

Is it possible to teach a baby or a toddler to “self-soothe” or “self-settle”? No, it is not. Is it possible to train a child to not call out for their parents when they are in need? Yes, it is—but this is categorically not indicative of an infant who is happy, calm and soothed. Is it possible to alter the architecture of your child’s brain so that they grow to have good emotional self-regulation skills (or the real ability to self-soothe) when they are older? Absolutely! And the best way to do that is to pick them up, cuddle them, respond to them. Your nurturing parenting will pay dividends in the future—that is how you really help a child to develop the ability to self-soothe.

Yes, it is exhausting to parent a baby or toddler. I’ve been there. I know the depths of sleep deprivation. But as parents, we have such an amazing ability to shape the next generation! We owe it to our children to seek alternative ways to cope with our own issues. Self-soothing is not a skill that can be taught. It is a behavior that develops once the child’s brain is sufficiently developed. It can’t be hurried, but your child’s best chance of developing this skill comes from you being as nurturing as possible now. Ironically, the techniques commonly used for teaching self-settling make the child less likely to ever learn to do so. 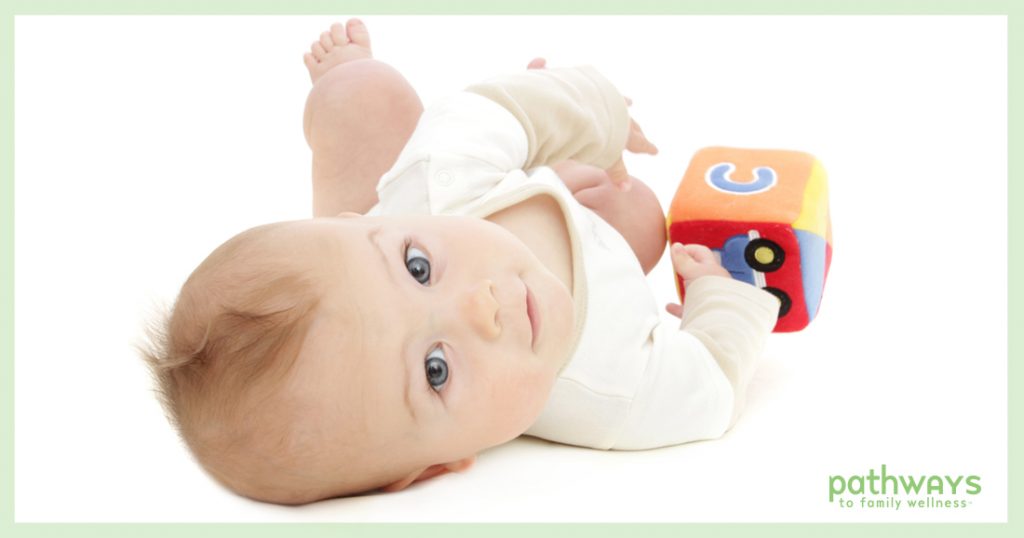 On Their Own: How To Stop Interfering With Your Child's Development

By Lindsay Mumma, DCIt's hard to give objective information about raising a child to a parent without them feeling offended, so when... 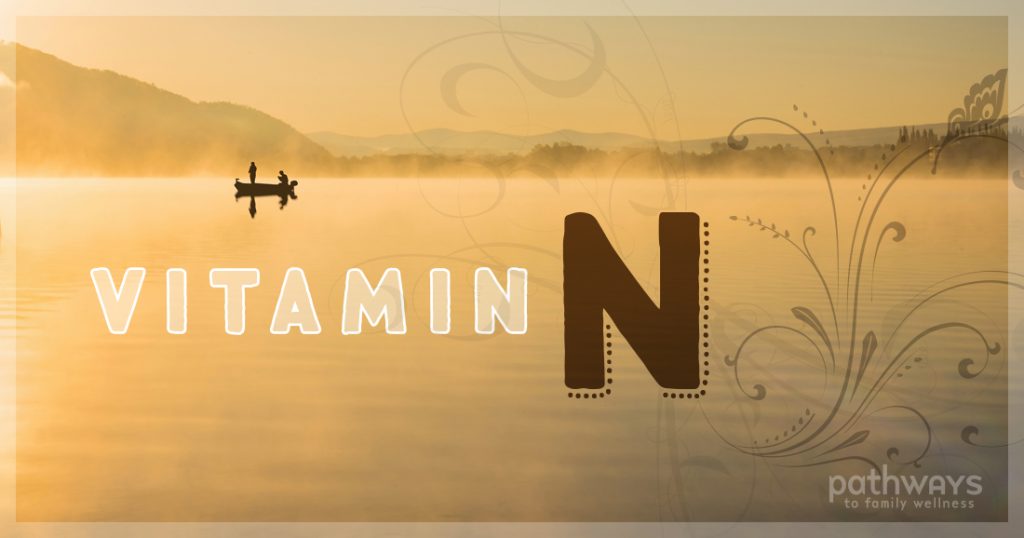 By Richard LouvIn Last Child in the Woods, I focused on why children need nature. In my new book, The Nature... 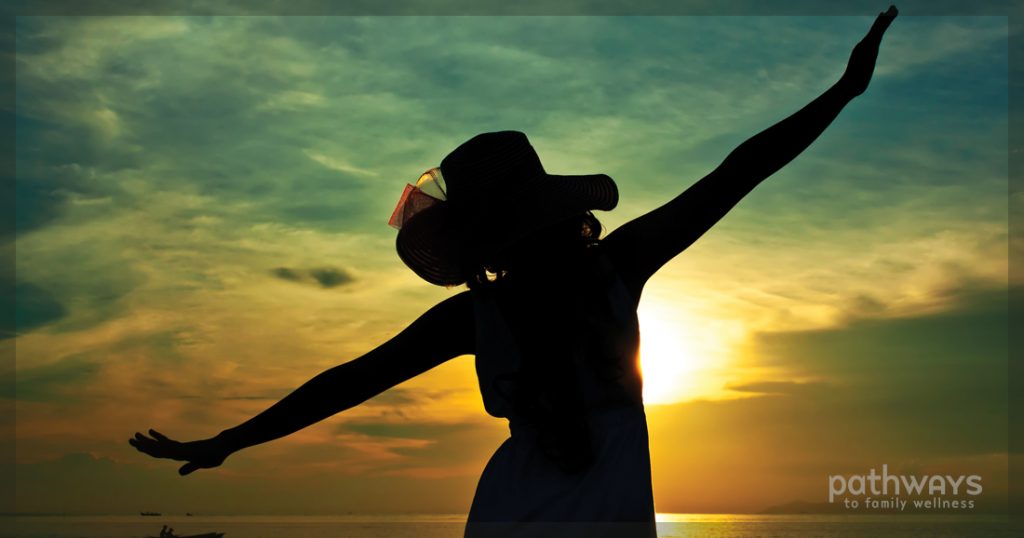 By Celeste MorrisWomen are innately powerful in the ability to bring forth life onto this planet and in the many inherent...