The Mean-Ing Of Life 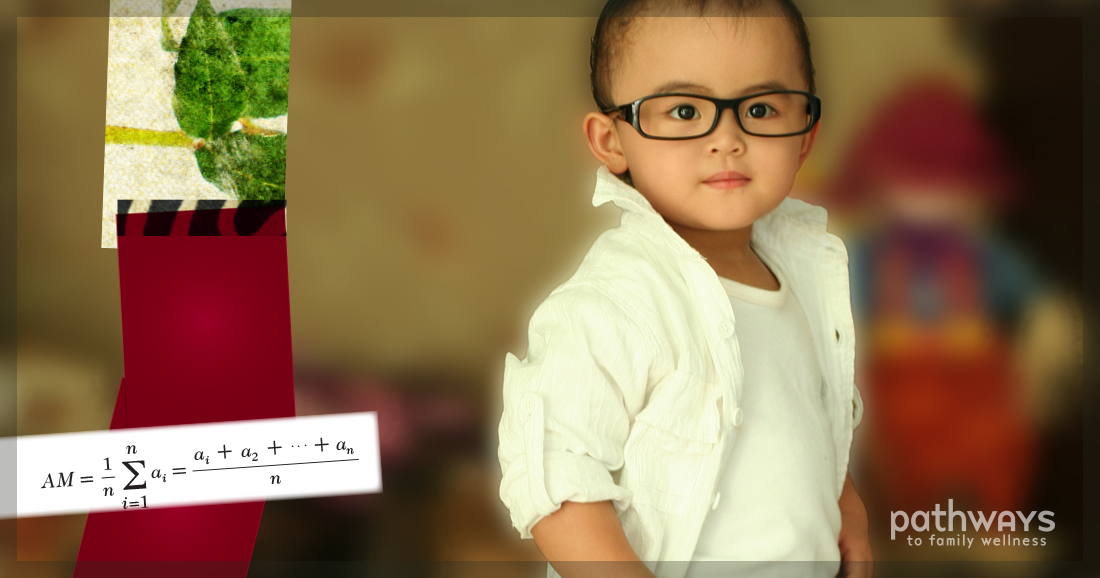 Not only is it unlikely your kids are “average,” it’s downright impossible.

When I was a kid, mothers raised their children according to a famous book by Dr. Benjamin Spock called The Common Sense Book of Baby and Child Care. The book described in detail the various stages of growth, and what mothers should expect of their children during each stage. Despite a recommendation to treat each child as an individual, most mothers used the book to measure how well their kids were developing. When there was a difference between what a child could do and what they were “supposed” to do (“See? It says here in the book…”), mothers would feel distressed and often put pressure on the youngsters to perform.

My mother always said, “Gal has never read Spock’s book. He’s just naturally wonderful,” and refused to discuss me and my performance any further. It helped that I ate very well, grew up nicely and that I was a friendly and polite child. Or maybe it was the other way around…

Let’s face it, parenting is scary business. When we have our first baby, we have no clue what to do half the time, and we become desperate for signs of progress and indications that we are doing a good job. So we read books, search the Net and ask around. What we get from that are average answers…or, rather, answers about what the average is.

And this is a problem, folks. It is a problem because human beings are very complex biological creatures, and not robots.

There is such wide variety in nature that trying to figure out what it means for a little girl to be off the charts in terms of weight is risky business. Yes, she was really big as a baby, but now Eden is healthy, quite short and has a very nice figure. All that baby fat is long gone.

If little Albert’s mother believed in averages, the world would have missed out on Einstein’s genius, and his enormous contribution to science and technology. Even when countless teachers told her they knew for certain the child would amount to no good, she insisted he was just different.

Say there are 12 boxes to be given away. Eleven of them contain a single $1 bill, and the other contains an iPad 2, worth $829. The average value of these boxes is $84. However, if you pick one of the 11 boxes, all you have is $1, whereas if you get the last box, you have the iPad.

The point is that extreme values affect the average strongly, and that an average (or “arithmetic mean”) is neither a common value nor a real one. In the example above, nobody gets $84.

Say there are nine women in a doctor’s waiting room. One of them is nine months pregnant and the others are not. On average, they are 1 month pregnant, but what does that even mean? Similarly, my friend and I may have an average of 2.5 children between us, but neither of us has half a child. The point is that averages are sometimes just mathematical figures and have no practical meaning whatsoever.

When I worked at National Semiconductor’s headquarters in Santa Clara, California, there was a sign on the wall of one of the corridors that said, “Doing no more than the average is what brings the average down.”

If you think about it, each measurement affects the average, so if one of them drops, the average drops, too. Of course, improvements also bring the average up, but in a company, there are employees who cannot perform better, and others who can. The problem starts when the better performers just meet the minimum standard, because the other ones cannot change even if they wanted to.

Yet this is precisely what keeps happening in our world. Many commercial entities have a strong interest in targeting an average person, so average behavior is encouraged everywhere. We are surrounded by messages that persuade us to follow trends, be like everyone else, be included, accepted and so on. 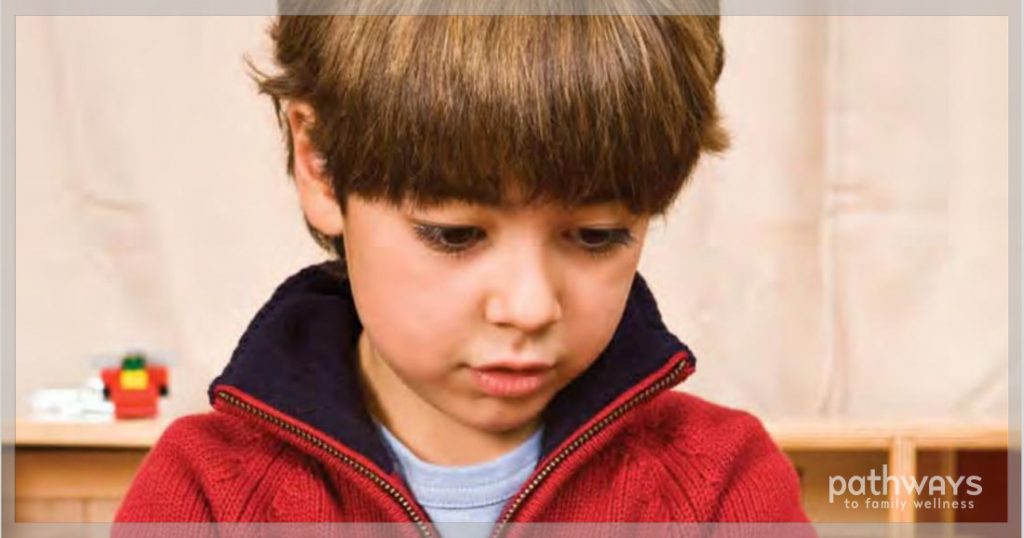 To Empower! Not Control! A Holistic Approach To Adhd

By Thomas Armstrong, PhDThousands of studies tell us what children with ADHD can't do, but few tell us what they can do.... 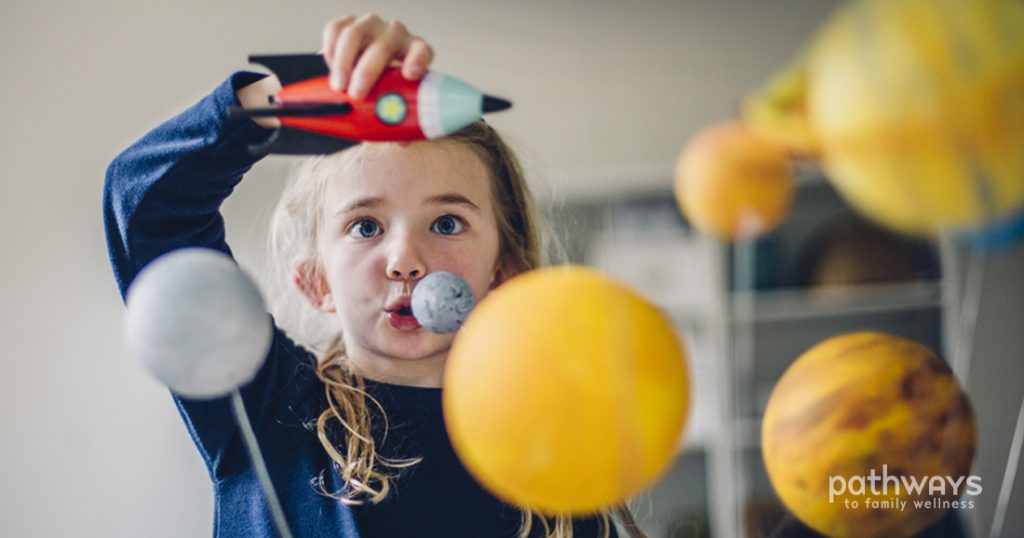 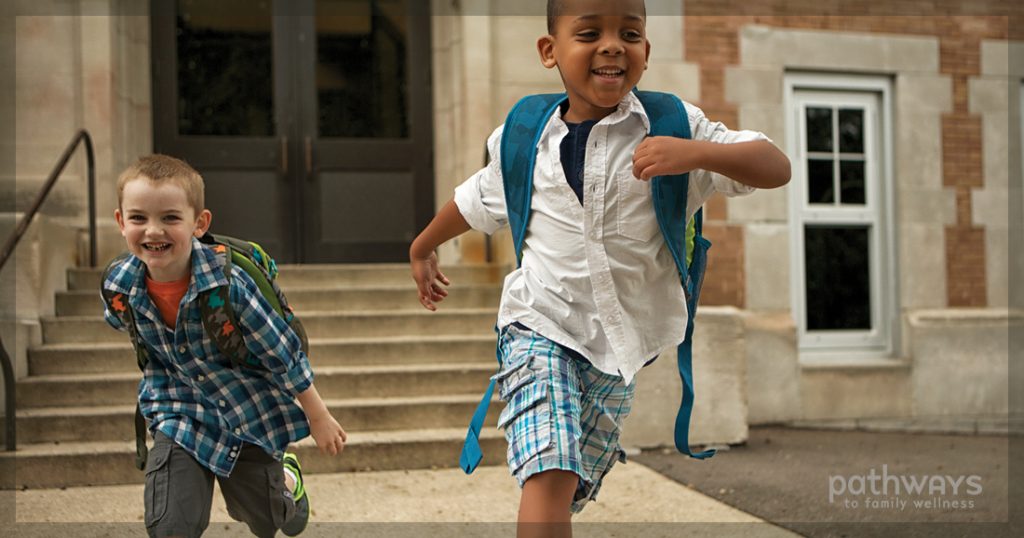 By Nanice EllisTraditional schools in the United States and many other countries are training grounds, intentionally constructed to prepare children for...