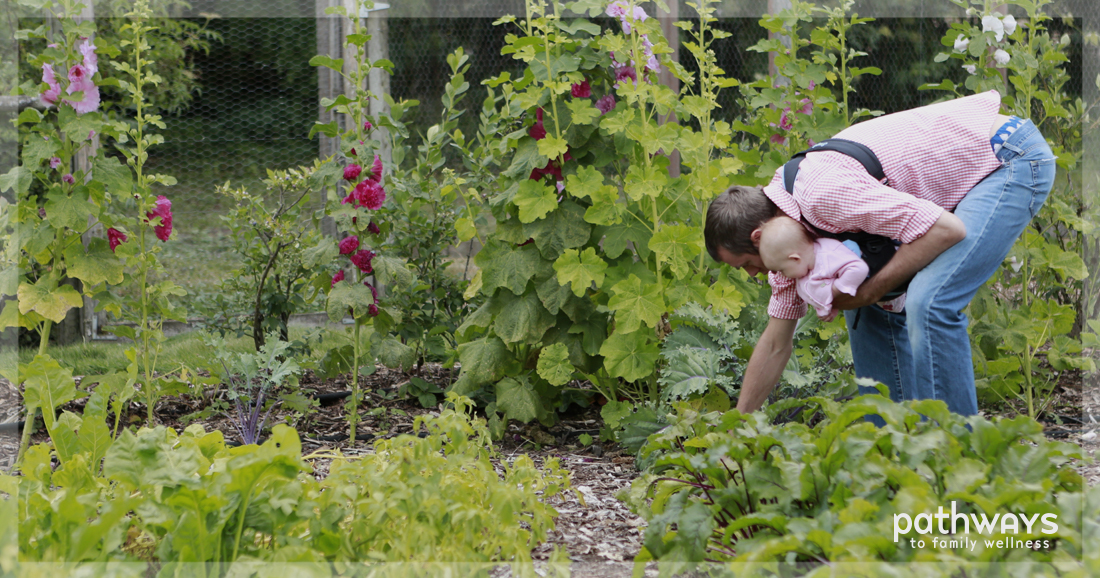 The very first book that set me off and running on the road to “natural parenting” was Jean Liedloff’s The Continuum Concept. Having devoured Ina May Gaskin’s Spiritual Midwifery and militantly given birth to my first son at home, I was off and running. Co-sleeping, using a sling, breastfeeding on demand…off we went.

The Continuum Concept was a revelation. I had been a youth worker for many years and had studied child development at college—but here was a new way to conceptualize and bring together parenting practices in a coherent and, to my relief, humane form. The “in-arms” phase made so much sense to me. I had been a Waldorf teacher, so the information about not centering life around the child made so much sense to me. I loved this book!

But I did have a few doubts. I saw women who followed the The Continuum Concept becoming, in my mind, punching bags and doormats to their children. I also witnessed parenting that was very verbal and centered on a child’s choices. People took Liedloff’s writing about the innate wisdom of children to mean that little ones could verbalize this potential—and therefore slid toward a child centered approach which often created very unpleasant children, just the opposite of what Liedloff advocated. [Read about the child-centered approach published in Pathways issue 7.] It was interesting to see, over the years, how those parents who followed children’s choices headed toward unschooling or free-school options, while those who favored the non-child-centered approach went toward Waldorf education, a system that emphasizes the role of imagination in learning. Waldorf is based on the educational philosophy of Rudolph Steiner, the founder of anthroposophy, which maintains that an objective, understandable spiritual world is accessible via inner development.

One of my problems with Liedloff is the core upon which she sets out her work—her methods are based on what I would see as a very limited and materialist understanding of human development. (If human beings are spiritual beings, then a way of understanding development which takes no notice of the spiritual element is of course going to be restricted.) And this is the basis of her work—that human consciousness is a continuum and that

modern babies carry their needs, which were formulated in the dawn of human awakening, with them. Anthroposophy, on the other hand, tells us that human consciousness has developed over the millennia and that our current consciousness is worlds away from that of previous eras. Liedloff says that what we need to do is to get in touch with our innate wisdom that has been programmed into us. Anthroposophy tells us that we no longer hear the voices of our ancestors, and that our task as modern, free human beings is to develop heart-warmed thinking, which will help us form the correct conclusions.

To make a long story short, I have spent 20 years trying to understand child development and a healthy way to bring new human beings into the world. I’ve concluded that the anthroposophical underpinning of Waldorf is the strongest and healthiest way of parenting children, but that people like Jean Liedloff have very important contributions to make.

We can see from the start that the two philosophies appear pretty much opposed. Nevertheless, I still maintain that there is enough in Liedloff’s work which can be of use— and that, moreover, I believe that some of her findings can be brought into the light of anthroposophical research and understood in new ways.

For example, in her article “The Importance of the In-Arms Phase,” Liedloff makes some tantalizing observations about the effects of being held or carried on babies’ energy. She talks about how adults who carry babies absorb this excess energy, and how this, then, is the reason why the Yequana babies are so peaceful (the Yequana are the non-Westernized Amazon people she studied; they carried their babies everywhere). I am fascinated by this. I, too, have observed that when a mother carries a baby without making him the center of attention, and, critically, while she is peacefully centered and busy working with her hands, the baby becomes happy and content. This is a living example of what anthroposophists call the etheric link between the mother and child, which nurtures and supports the child, especially in those critical first three years. [This was covered in Pathways issue 52, in the article “The Blessed State: A Conversation with Mila Furstova.”]

Another example: Near the end of The Continuum Concept, Liedloff talks about the phenomenon of extreme sports, and of children and young adults who do not seem to be able to settle down, to be content in their bodies, who crave (or reject) stimulation. While acknowledging that there are many reasons for this, I am intrigued by Liedloff’s assertions regarding every baby’s need to absorb movement passively from his mother, and, should this need not be met, that later in life children or adults will find other ways to meet these needs. With the overwhelming number of children having some sort of issues with sensory integration, restlessness, and basic discomfort in their bodies, I wonder about this need and about how something as simple as wearing one’s baby might help dramatically with this.

As a Waldorf educator, however, I need to stress that another fundamental need of little children and babies is to not be overstimulated by sense impressions. So here we have a problem: How can one wear one’s baby all day long and be engaged in movement and yet live in the modern world? We are not Amazon tribespeople. We use cars or public transportation; we have new experiences every day, instead of walking down the same forest tracks that our ancestors made. We are surrounded by the bustle and technology of modern life. We flip a switch instead of working from dawn to dusk for our survival. I certainly do not advocate rejecting all modern technology, so we have a potentially monumental challenge in front of us!

Wearing a baby is not an end unto itself. We must wear the baby and nurture the senses. That can be very difficult. We need to de-mechanize our lives so we can spend more time in healthy, active occupations at home. We need to slow down and make our lives more human-friendly. We need to let go of our driven modern go-get-’em consciousness and instead Zen-out, bringing peace and centeredness to our mindful daily existence. And somehow, we need to not totally isolate ourselves while we create our lives. 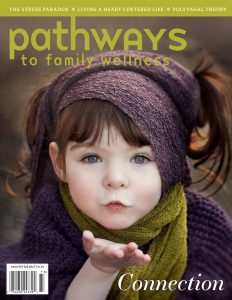 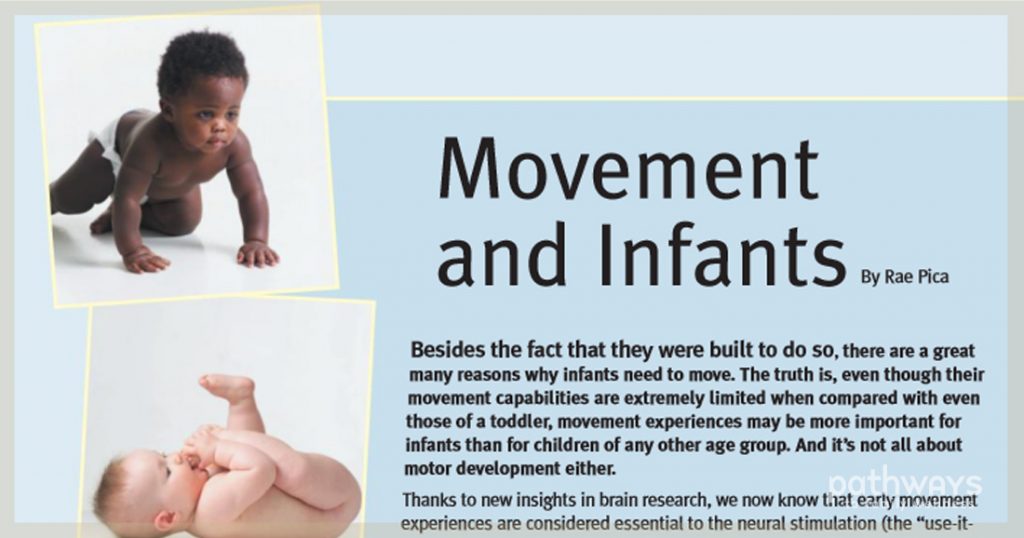 By Rae PicaBesides the fact that they were built to do so, there are a great many reasons why infants need... 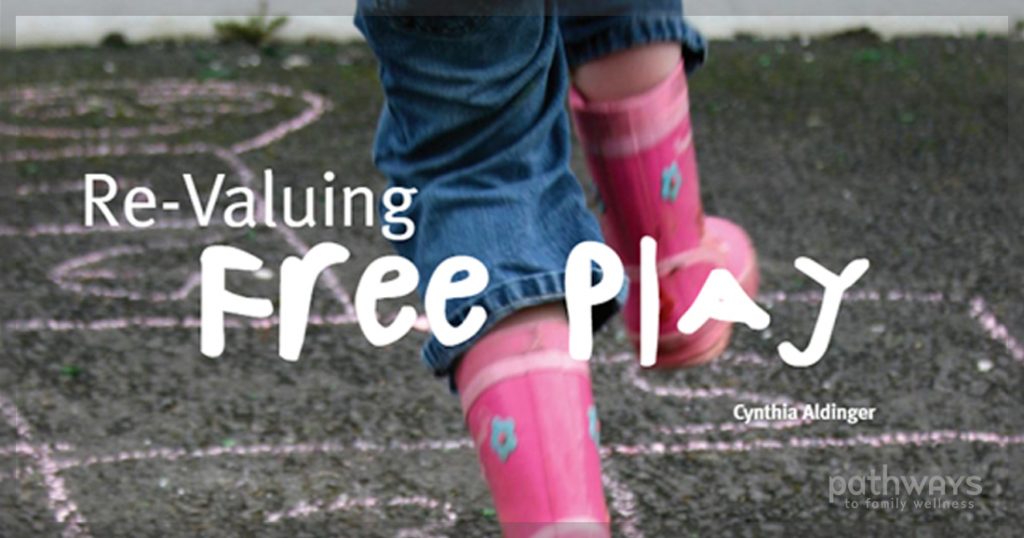 By Cynthia AldingerMany parents don't realize that imaginative free play has been squeezed out of our children's lives, and what a... 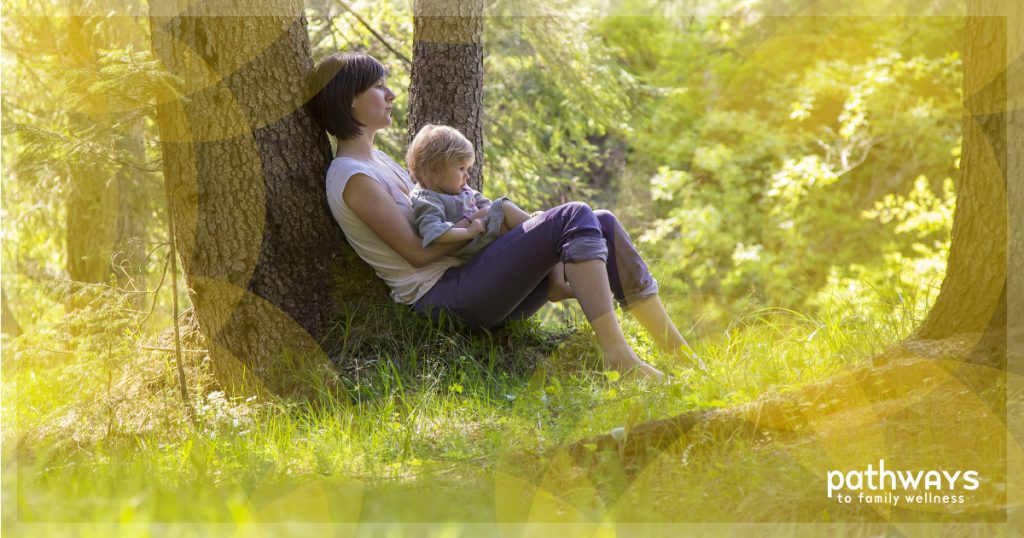 By Scott NoelleThe popular "time-out" behavior management technique is less harsh than traditional forms of discipline, but it's still a punishment—like...