A Little “Ding” Is No Little Thing! 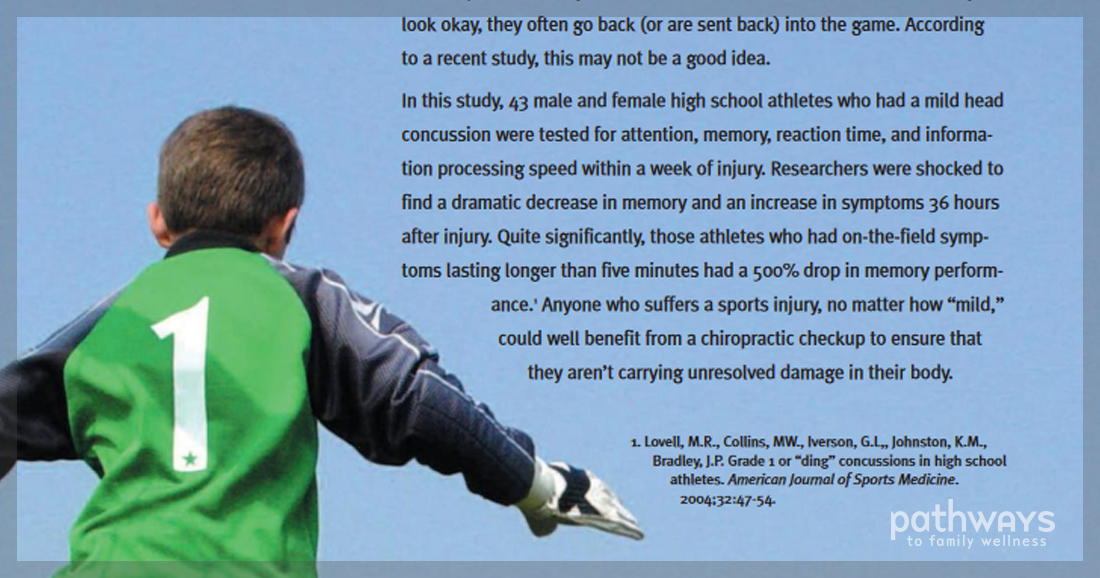 A “ding” may be more serious than expected. After a “ding” on the field, shook-up athletes may sit on the sidelines for a little while, then, if they look okay, they often go back (or are sent back) into the game. According to a recent study, this may not be a good idea.

In this study, 43 male and female high school athletes who had a mild head concussion were tested for attention, memory, reaction time, and information processing speed within a week of injury. Researchers were shocked to find a dramatic decrease in memory and an increase in symptoms 36 hours after injury. Quite significantly, those athletes who had on-the-field symptoms lasting longer than five minutes had a 500% drop in memory performance. 1 Anyone who suffers a sports injury, no matter how “mild,” could well benefit from a chiropractic checkup to ensure that they aren’t carrying unresolved damage in their body. 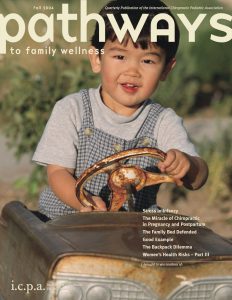 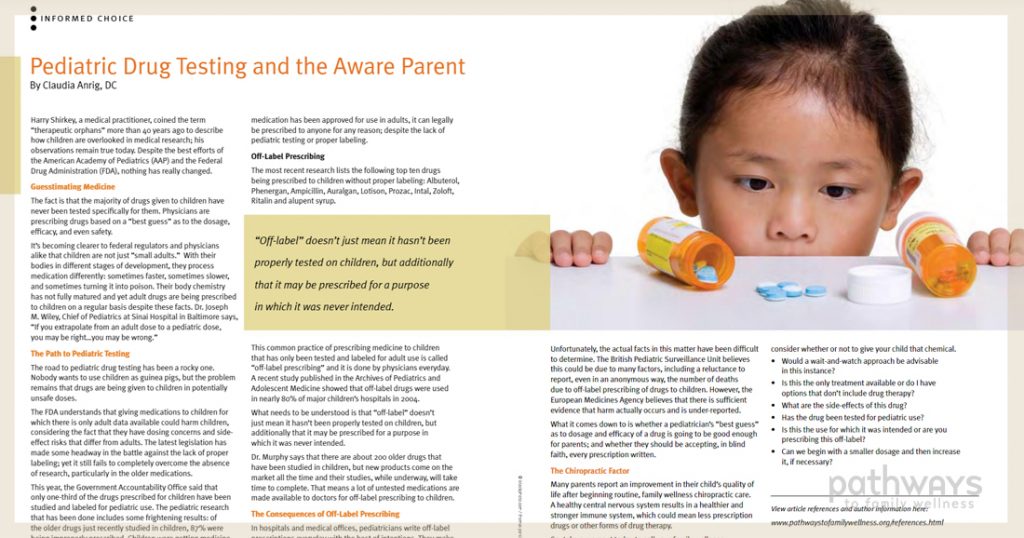 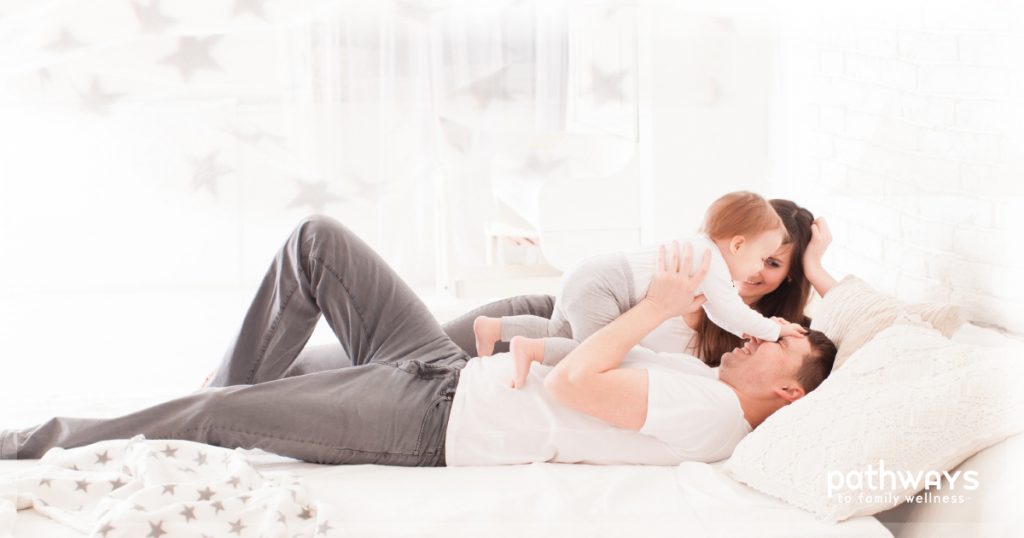 By Sara BurrowsLike all mammals, humans have been sleeping alongside their babies for millions of years. Babies have an innate desire... 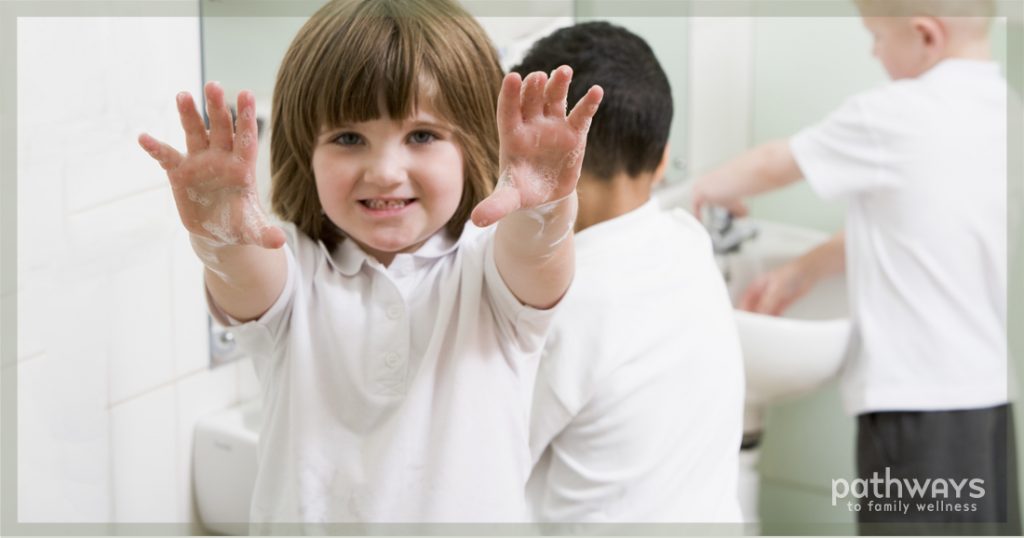 Are We Making Our Children Sick?

By Maya Shetreat-Klein, MDSometimes even the best of intentions have unforseen consequences Chronic illness has become the new normal for children. Yet...