Robert Johns Jr., B.B.A., D.C., has been in family practice for over 5 years near Atlanta, Georgia, caring for families up to 4 generations deep. His passion for the message of chiropractic isn’t limited to the adjusting room, but also shows up in his blog (triuneoflife.wordpress.com) which has accumulated more than 20 original pieces and a growing readership since its inception in 2009. Robert is a 2004 Life University graduate, an Eagle Scout, a husband, a father and a chiro-kid himself. His grandfather practiced chiropractic in southern Georgia for more than 30 years after graduating from Palmer Chiropractic College in 1947; he gave Robert his first adjustment at 6 days old. A 13-year veteran of marriage, Robert will soon be welcoming a third child to his growing family. 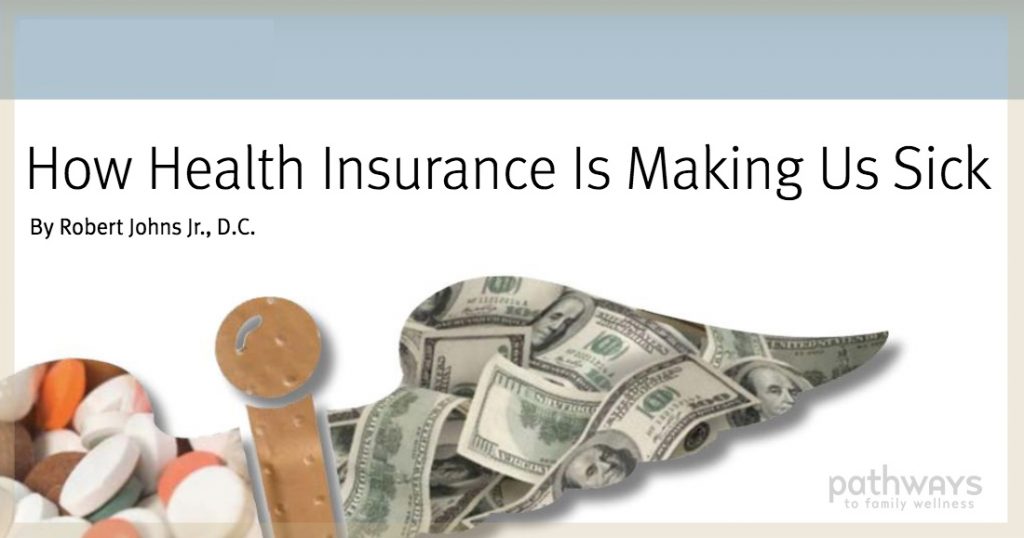 How Health Insurance Is Making Us Sick

By Robert Johns Jr, DCInsurance is easy to hate. On the one hand, the best-case scenario is you pay for a service you...