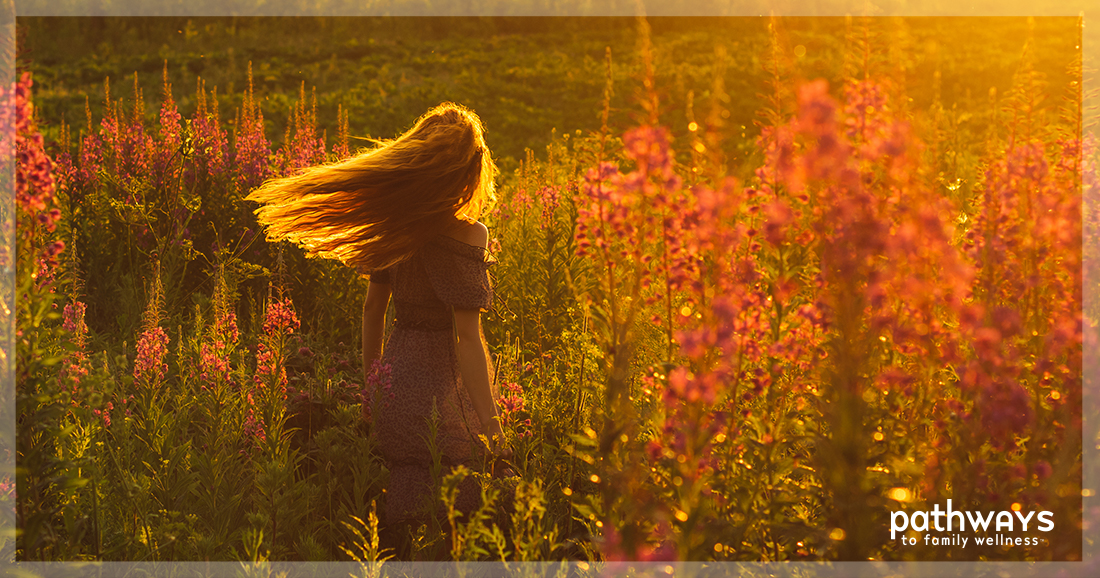 The fear of failure is a pressing issue, and when it is present, it weighs down every aspect of life. It can show its face at any time. We know the difficult feeling in the question “What if I fail?” But what does failure even mean?

We think we can fail at being a parent, a teacher, a farmer, or a friend whenever we risk losing control, making a bad choice, or appearing unfit in the eyes of others. But think about it this way: If we don’t risk appearing unfit in the eyes of others, we can never really claim to have grown past cultural superstitions and sacred cows. If we don’t risk experiencing mistakes, we can never gain the wisdom that comes from making them. And if we never risk losing control, then we’ll never experience the freedom that lives beyond control.

This issue of Pathways represents the start of a new chapter. I have been asked to take up the position held by my mother, Jeanne Ohm, as executive editor, to make the choices that, up until now, belonged in her hands. In this transition I’ve had to face self-doubt. I’ve had to ask myself if I can offer anything that holds a semblance of the force and power she embodied. Among many other things, I’ve had to face the question: What if I fail?

When she began publishing Pathways, Jeanne had many aspirations in mind, all organized around a major premise: Life expresses intelligence. I remember as I was growing up, her passion was the spark that lit the way forward for our family. If I had to choose a phrase to describe this passion, I would call it lionhearted mothering.

The lion is known around the world as a symbol of courage and strength, representing the ability to overcome fear. Among these attributes, the lion also has a mysterious connection with the sun. In many traditions, the lion is said to be the living, breathing representation of the sun’s logos on Earth. Acting as guardians of the balance of life, both the lion and the sun are said to share the same frequency, or force of the universe.

Everyone’s path is unique. We all have to confront our own fears, challenging ourselves in our own ways. Every mother’s path is a combination of personal history merged with interpersonal sharing and loving. With this comes the delight and the struggle of family life. To overcome our fear of failure, we have two choices. The first is to abide in the comforts of cultural authority, which defines success for us. The second is to realize that we possess the lionhearted force of the sun inherent in our own being, where the only real task is to learn a deep love for life, and to remember it often.

My mother remembered it often. She embodied it. She danced to it with the greatest joy. She saw it in others. I gained immeasurably from her, and I know she wouldn’t want me or anyone else “following” her path—the truth about the light of the sun is that it’s meant to be expressed uniquely in everyone, while remaining essentially warm, loving, and beautiful. Among the many lessons I learned from her is what it actually means for a person to fail. To fail means simply to forget your lionhearted nature wherever you are, wherever you go. Since Jeanne was rarely one to forget, I can say that I was fortunate never to have to fear this failure… until she was gone. Now I know what is being asked of me, and what is being asked of everyone who would continue to carry the torch.

To preface this issue, as an editorial is supposed to do, I’ll offer what I believe Jeanne Ohm saw to be the major premise in chiropractic. It’s clear that people desire control. Indeed, the loss of control scares us. Yet there are moments in life—moments like birth—where control is lost by natural design. At these moments we realize an amazing truth: We never really had control…at least, not the kind we chase after in daily life. Then comes a freedom of a higher order. Chiropractic dares to recognize this freedom, calling it innate intelligence. And Jeanne reminded us of it often when she said, “Life expresses intelligence.”

The major premise of chiropractic is an alternative to fear. The kind of care and interpersonal coherence built from this premise can be an amazing force for health, courage, and family well-being. It’s the same power shared by the lionhearted mother who carries an inborn love and recognition for the intelligence of life, and who shares this love with the next generation.

Whatever you may call it, it can be ignited like a spark, expressed at any time, and engaged to enlighten the body, the mind, and others around you. Don’t be afraid to find it and express it. And don’t fail to remember it. Choose to let it become a fundamental part of you, so that when your kids venture away on their own, or when you’re gone from their sight, they will not need to strain to remember you. Your memory will be there, in the light of the sun. Such is one of the great gifts of the lionhearted mother. 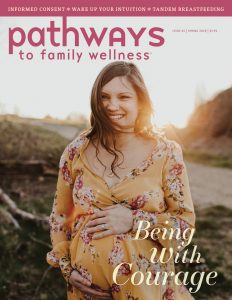 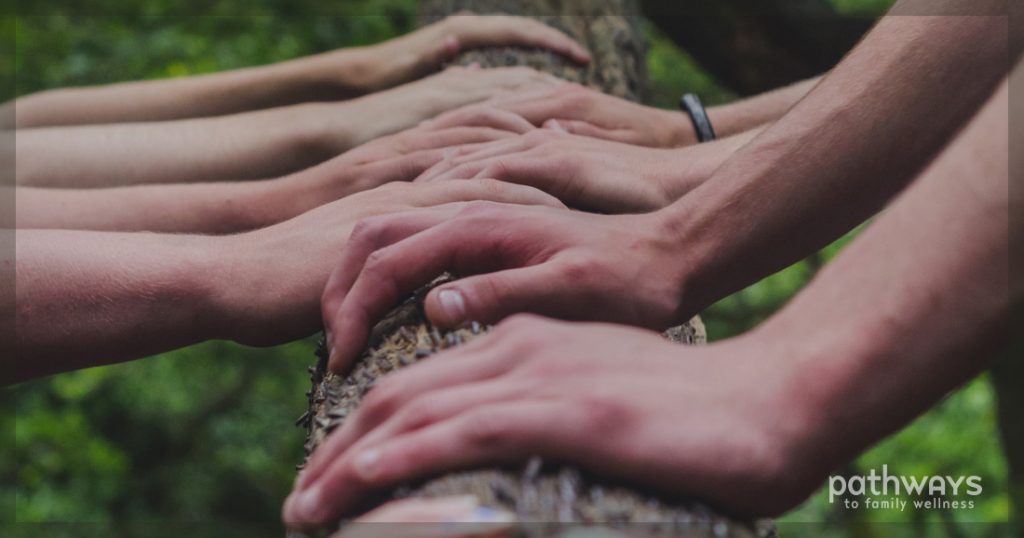 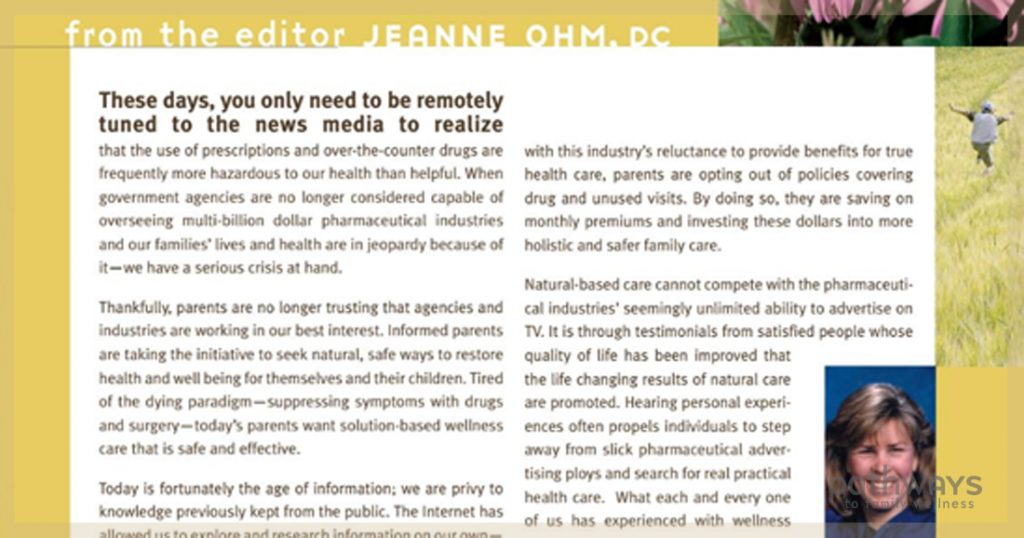 A Message from our EditorIssue 11

A Message From Our Editor, Issue #11 - Emerging Wellness

By Jeanne Ohm, DCEmerging WellnessThese days, you only need to be remotely tuned to the news media to realize that the use... 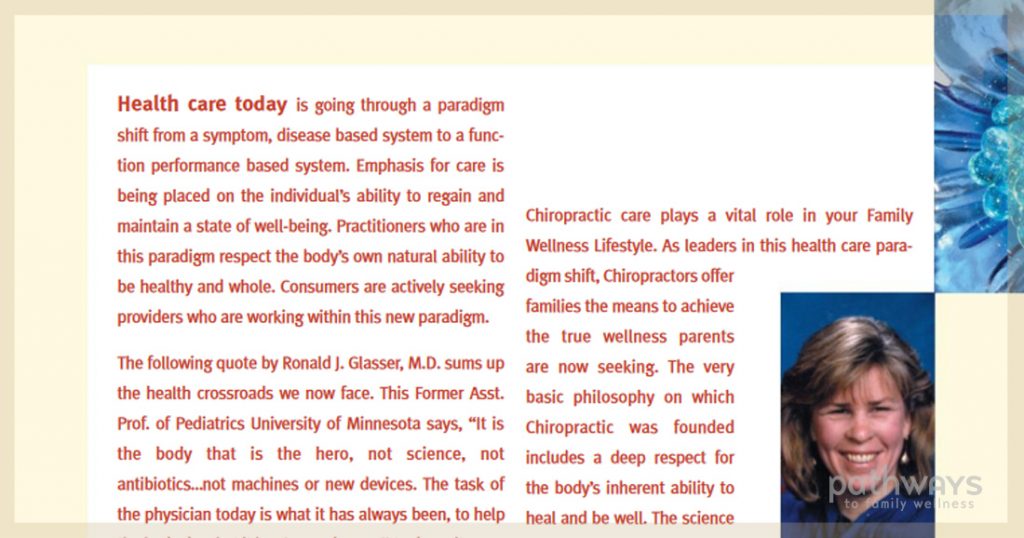 A Message from our EditorIssue 04

A Message From Our Editor, Issue #04 - True Wellness

By Jeanne Ohm, DCTrue WellnessHealth care today is going through a paradigm shift from a symptom, disease based system to a function...